14 Years Later: Working at the intersection of tragedy and trade 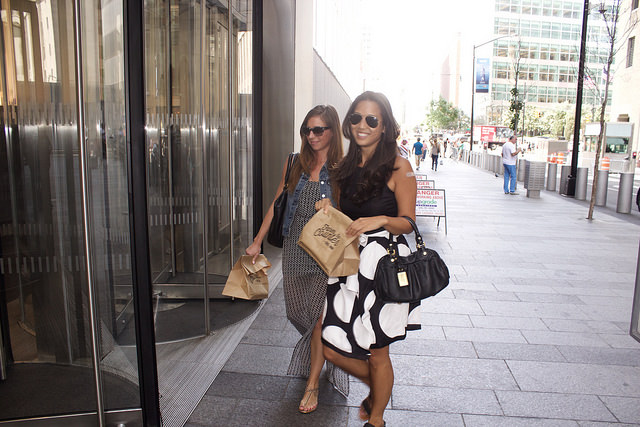 Every morning Hayley Samela gets up in her Hoboken, NJ apartment and peers out her window where she sees the newest addition to Manhattan’s skyline: One World Trade Center.

The 1,776 foot building — the highest in the western hemisphere — is more than a beautiful site to behold for Sumela. It is also where she works.

“I would look at this building all the time because I see it from my window view where I live at home and you know, we all talk about it and we all saw the building going up, but I never thought I would be working in this building,” Sumela said.

Sumela is employed by Condé Nast, which occupies one-third of the nation’s tallest skyscraper. She was already with the company when it moved from its Times Square location and described the transition to One WTC as “surreal.”

“When we first moved here, I mean there was nobody here. It was like “Is the building even open? Am I going through the right doors?” There was a lot of construction still going on and I felt like I was the only person walking the hallways sometimes,” Samela said.

The scene at One WTC has changed since its opening in 2014 as the Center has taken on a life of its own, functioning as both a business hub and sightseeing destination. While entrance to One WTC is reserved for only those with proper identification, the security guards do double duty by directing scores of tourists towards the nearby memorial. Just as many employees enter the building as visitors who pause to gawk at the tower lending the area an odd dynamic as an intersection of tragedy and trade.

Standing as a resilient reminder of the horrific terrorist attacks that occurred on Sept. 11, 2001, One WTC has become a symbol of progress in New York and the nation. Those who work there are daily in the proximity to the site of tragedy that has since become a hallmark of this generation.

“The first time I went to the memorial it was very overwhelming, but when you get to come here everyday it gets less emotional” said Nelly Bakhtadze, an employee of technology firm Symphony.

Though the hundreds of individuals that walk into One World Trade Center everyday can likely recall precisely where they were when the towers were hit, for many the tragedy is something to remember, not relive.

“I think there is so much security in the way the building has been built I hope that there would never be an issue again,” said Condé Nast employee Berkeley Gibson.

GQ Magazine employee John Keeley was in fourth grade in South Jersey when the towers were hit and while he recalls cowering under his desk in fear and confusion, today he proudly enters the doors of One WTC calling it an “amazing opportunity.”

“You tend to find, some people think it’s really cool that I work in the World Trade Center and some people are like “Are you scared that something’s going to happen?” It’s like, no,” he said. I get to walk through the memorial everyday and the water is running and there is this beautiful park and I think it is great that we have this awesome new building.”