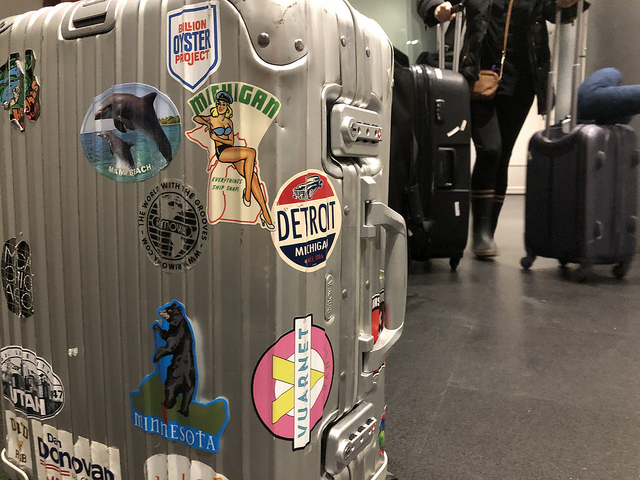 Spring breakers at NYU head to the airport after class, one day after the 737 Max grounding. Photo by Caroline Skinner.

The official grounding of the Boeing 737 Max planes, in response to two deadly crashes, is causing stress and confusion for many travelers—including those who weren’t even booked on a 737 Max to begin with.

Trump announced on Wednesday that the FAA would be grounding all Boeing 737 Max 8 and 9 planes, reversing the FAA’s previous stance that the planes were safe and would remain in the skies. For passengers like Desi O’Meara, who was onboard a 737 Max plane headed to Miami when the news broke, the announcement was especially worrisome.

“Can’t say I wasn’t concerned to see 737 Max on all screens, the moment I boarded the plane,” Desi O’Meara wrote in an email, after his Miami-bound plane was one of the last to complete it’s route before the grounding. “Especially after getting an alert of the immediate grounding.”

According to Boeing, the grounding will affect all 371 of the 737 max jetliners, which is a relatively small percentage of the total planes in service. Southwest, which owns the most 737 Max planes of any US airline, 34, said that less than five percent of their flights would be affected. Nonetheless the grounding has already started to impact travel, likely augmented by the fact that it comes during one of the worst weeks of the year for flying, spring break. 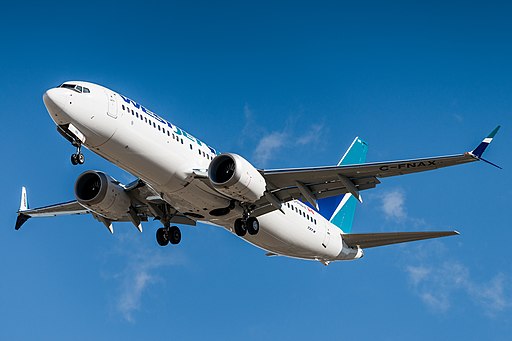 Cayley Plotkin, a senior at Pace University, has long been planning to go a spring break trip to China and is set to depart on Friday. Though her flights turned out to be unaffected, the grounding only added further onto the existing travel stress for her.

“Obviously, I get anxious when I fly like a lot of people do, and so I definitely checked,” said Plotkin. “I was trying not to think about it, because, it’s obviously not fun to really think about that.”

On Sunday, the debate over whether or not to ground the 737 Max planes was sparked worldwide when a Max 8 plane crashed fatally in Ethiopia—only 5 months after another Max 8 crashed in Indonesia. Everyone on board perished in both cases, causing a total of 346 deaths, but up until Wednesday both Boeing and the FAA maintained their stances that the planes were safe and should remain in service.

Others, however, were a bit more skeptical. Prior to the US’s move on Wednesday, over a dozen other countries have banned the 737 Max planes from flying. Many passengers also remained skeptical.

Jessica Ettinger, a New Jersey mother of two teenage boys, had previously booked an upcoming trip to Florida for her family. After the Ethiopian Airlines crash, and prior to the FAA grounding, she noticed that one leg of the trip was booked on a 737 plane. She spent lots of money to rearrange their itineraries, only to learn that the plane had been a 737-800 model—which was a separate, unaffected model from the 737 Max planes. She was able to reverse the changes within the 24-hour cancellation window, but not after going through quite a hassle.

“I started getting nervous about the jets when all the different countries were starting to ground them,” said Ettinger. “Before I realized that [it wasn’t a 737 Max jet], I was like ‘oh my gosh, I have to get off of that jet.’”

Though Boeing released a new statement on Wednesday recommending that the FAA ground the 737 Max airplanes out of “an abundance of caution and in order to reassure the flying public of the aircraft’s safety,” they have maintained that they still have complete confidence in the safety of the aircrafts. The 737 Max is the first modern aircraft to crash fatally twice within its first year of production, but the official cause of those crashes won’t be known for months until a thorough investigation is complete.

“People have a right to be concerned in this situation,” said Howard Miller, an airline industry consultant with Independent Aviation Research. “Not much is known, two brand new model planes went down within the span of a few months, in similar circumstances, and that’s a legitimate concern.”

Miller’s own 16-year-old nephew was previously booked on a 737 Max 8 flight on Wednesday night, from Miami to Boston as part of a spring break trip with his family. When Miller’s family attempted to switch the flight, the airline, American Airlines, insisted that they pay the $200 change fee.

Travelers who are not booked on an affected flight also need to be ready. Miller said that the airlines will deal with these groundings as they do natural disasters and other unexpected situations. That means that there will be delays and cancellations as airlines reshuffle their flights and deal with the shortage of planes. Already, multiple non-737 Max flights have been cancelled, in order to accommodate for flight rearrangements in the wake of the FAA grounding.

“It’s extremely confusing,” said Ettinger. “There is going to be a lot of people in trouble.”