Before this year, the Saint Peter’s Peacocks had never won a game in the NCAA Tournament. Now, after one crazy weekend and two upset wins, they became the first team from New Jersey to reach the Sweet 16 since 2000.

The Peacocks are a 15-seed in this year’s tournament, and on Thursday they were set to face off against a team that many predicted as this year’s champion, the 2-seed Kentucky Wildcats. Saint Peter’s went on to pull off the biggest upset of the first round in this year’s tournament by beating the Wildcats 85-79 in Overtime. They were led by their star guard Daryl Banks III, who scored 27 points, and their sixth man Doug Edert, who added another 20 points. 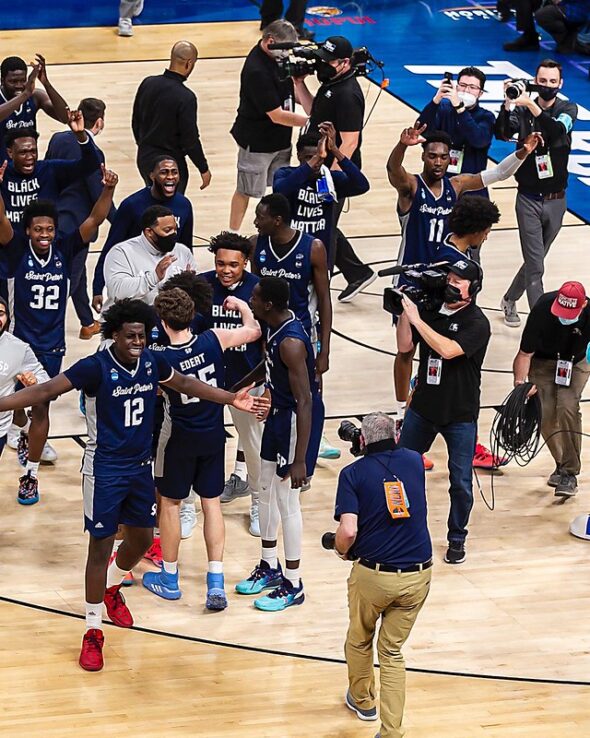 The St. Peter’s Peacocks celebrating their win against the Kentucky Wildcats on Thursday, March 17, 2022. Courtesy of Rich Behan

“Our guys stepped up to the level of competition, so hats off to them. Proud of my guys for battling, like we do all year,” said Head Coach Shaheen Holloway after the win against Kentucky, “No disrespect to anybody, but we wasn’t coming down here just to lose. We came down here to fight and we did.”

Although the players entered the tournament with confidence, they were still aware of how much was at stake, since it is something they have dedicated their whole lives to get to.

“I felt like every basketball player’s dream is to play in the NCAA Tournament and make a run in it, and it felt amazing to get this first win and we are looking to get more,” said Edert, when asked about the emotions that he felt as he sank the game-winning free-throws.

On Saturday, the Peacocks were matched up against the 7-seed Murray State Racers in the second round of the tournament. Although Saint Peter’s was coming off a huge win against Kentucky, the Racers were still favored by 8.5 points going into the game. That didn’t matter to the Peacocks, as they went on to win 70-60 in a game where forward KC Ndefo scored 17 points and tallied 10 rebounds as well.

“I got guys from New Jersey and New York City. You think we’re scared of anything? You think we’re worried about guys trying to muscle us and tough us out?” said Coach Holloway, when asked about the lack of strength and size that Saint Peter’s had compared to Murray State.

“As far as the Sweet 16, again, it’s another quick turnaround. And we’re not going to get too high. What we did is amazing, but it’s already in the past, and we’ve got to move on and start preparing for the next team,” said Edert.

With that win, the Peacocks became only the third #15 seed to reach the Sweet 16 in NCAA Tournament history. The other two teams to do it were the FGCU Eagles in 2013 and the Oral Roberts Golden Eagles in 2021.

With a game against the Purdue Boilermakers coming up in the Sweet 16 on Friday, fans have one question on their minds, what is it that makes this team so special? 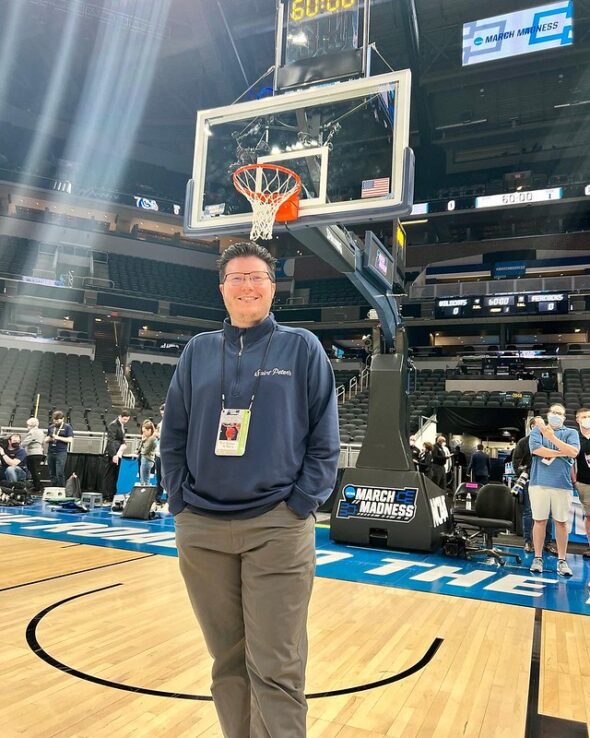 Rich Behan at Gainbridge Fieldhouse prior to the game between the St. Peter’s Peacocks and the Kentucky Wildcats on Thursday, March 17, 2022. Courtesy of Rich Behan

Rich Behan, a Digital Media/Communications Graduate Assistant at Saint Peter’s, believes that coach Holloway is one of the main reasons for their success.

“Watching these guys at practice almost everyday, there isn’t a coach in the country that’s as tough on his guys but genuinely cares about them the way Shaheen Holloway and this coaching staff does,” said Behan, “You have to grind for everything here at Saint Peter’s, and you can tell this team is a labor of love from everyone involved.”

Saint Peter’s became the first team from New Jersey to reach the Sweet 16 since Seton Hall in 2000. The point guard for that team was Shaheen Holloway. His work-ethic, along with the culture that he fosters for his teams, is quickly making him a New Jersey basketball legend. With a chance to become the first 15-seed ever to make the Elite Eight, Behan knows that although victory is far-fetched, this team can get as far as anyone with their hard work and commitment.

“I’d be selling the hard work and dedication of everyone involved in this program short if I didn’t say they could go out and win the whole damn thing,” said Behan. 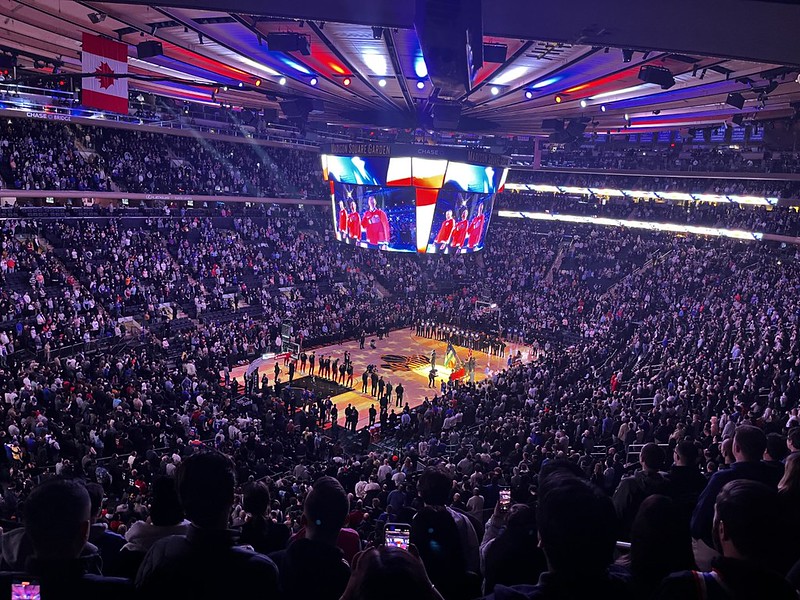 Going into this game, the Knicks were three games back with a record of 25 wins and 34 losses. Although some fans still believe in this team's talent , most fans have lost hope.