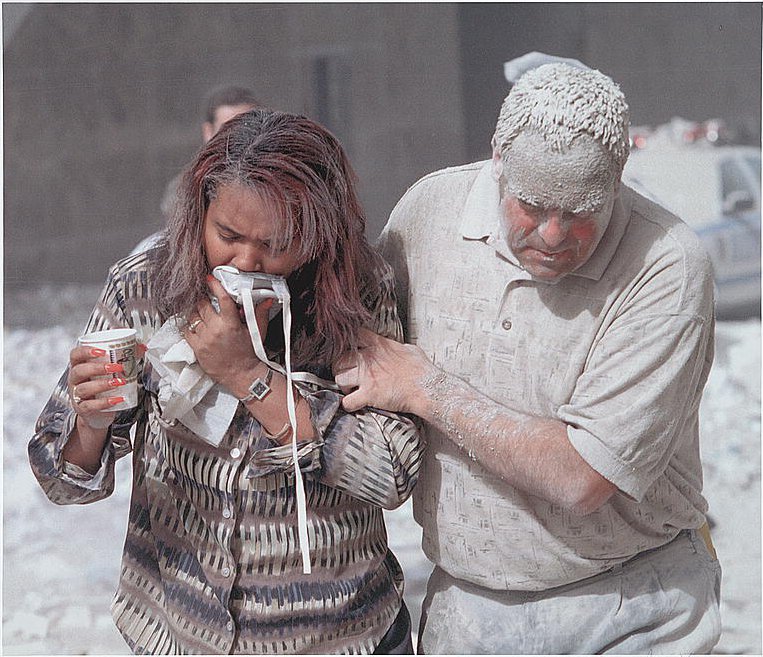 As the sky began to drizzle today, the late afternoon on the 17th anniversary of September 11th, New York native Timothy Ross closed his umbrella, wiped some lint off his doorman jacket and checked into work at 150 Nassau Street as if it were any other day of the year. But for Ross, this day will always carry more meaning than any other.

At the time of the attacks, Ross and his then wife were living on Gold Street just a mere half mile from where the Twin Towers stood. The Friday before 9/11, he left a job he had for almost 24 years and was looking forward to a nice relaxing week at home.

“When the first plane hit, my wife woke me up, talking about a big explosion and so we turned on the TV,” Ross said as he wiped away a tear. He remained watching the broadcast until the second plane crashed into the second tower.

Ross then immediately took to the streets around City Hall, as he wanted to see the devastation firsthand, and he dove into what he called a mass hysteria. That’s when the first tower collapsed.

“Looking up I saw the first building come down and I sprinted down Beekman Street,” Ross said, “As I looked back I saw a cloud coming at me. I just thought the top of the tower went down, I didn’t realize it was the whole building.”

Although he managed to make it back to his apartment before the wall of debris could get to him, he said looking out of his apartment window the whole building was covered in dust and the sky was as black as night.

He remembered other tenants of the building walking around the halls in a daze, questioning whether to stay in the building or leave and face the unknown. Ross and his wife decided to leave, going to stay with his mother who lived on the north side of the Brooklyn Bridge.

With no power in their building and the National Guard blocking off entrance to the downtown area, Ross remained at his mother’s until a week after the events. When he returned, the atmosphere was somber, with citizens telling each other their stories and everybody asking, “What the hell are we going to do?”

“I’ll always remember the smell of burning electric wire and cement, hazing over the whole area for months,” Ross said as he shook his head. “Even in early 2002 the smells were still there and it was like a lockdown state.”

More than a decade and a half later, Ross described the recovered area around One World Trade Center as a paradise. And fellow New York native Alberto “Al” Pacheco, 40, Ross’s coworker, completely agreed.

“It’s been rebuilt, you know, and it shows how much you have to cherish everything because you never know when it’ll be gone,” Pacheco said. He had been on the J train the morning of 9/11 and was on his way to his first day at a messenger job. He never made into work that day, but stuck around the city to see what was happening.

“I just remember the people helping each other out. Little things like volunteers helping give out water on the Brooklyn Bridge,” he said.

Pacheco said that even after the towers had collapsed, one of his most vivid memories was the New York spirit that arose from the tragedy.

Ross shared that notion of resilience, saying many of his childhood friends who he knew from first grade are still living near the World Trade Center even after the horrific events.

“I was born and raised here, I ain’t going nowhere,” he said. “Where the hell else am I going? If we came through this, we can come through almost anything.”