A Rebuilt Home for the Holidays 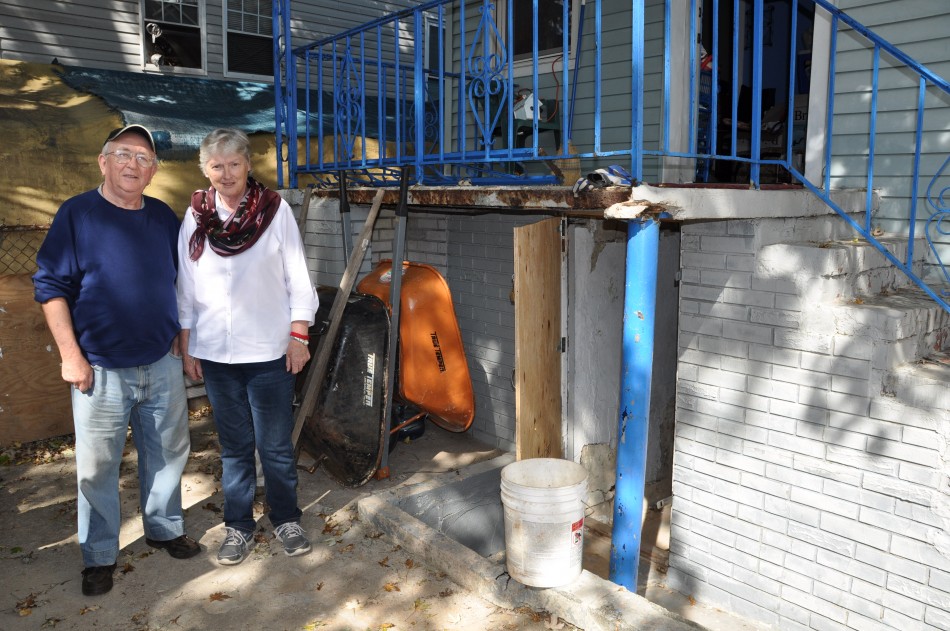 Three Christmases after Superstorm Sandy wreaked havoc in New York, Staten Island couple Helena and John Mahon have something to be merry about. Thanks to the gift of mild weather this December, construction on the Mahons’ home can conclude and the couple will finally have a home for the holidays.

“They said it was too much damage… it would cost too much,” said Helena Mahon. “We were just like in limbo this whole time.”

The Mahons lived in the Sandy-damaged house for two and a half years before Habitat for Humanity New York agreed to repair their basement. Construction officially began in October of this year and is expected to finish just in time for the holidays. Michael Gilliard, of Habitat for Humanity, stated that completing their house in time for January has been a real push.

“This is by far our largest and most extensive project,” said Gilliard. The Mahon’s home will be Habitat for Humanity’s 43rd Superstorm Sandy repair project in the New Dorp community but finishing construction on the Mahon’s house has been not been an easy task.

“It’s not as sexy to sell Sandy as it was three years ago,” said Gilliard. “I think the Critical Home Repair Division [of Habitat for Humanity] will continue to perform Sandy work as long as the grant dollars are available – but there’s a burn out on the part of volunteers and donors.”

“It’s kind of what you have to do,” said Gilliard, “There is no legal obligation to get things closed and completed, but it’s a good milestone for us to see people return to their homes by the holidays.”

Habitat for Humanity is not the only organization that repairs homes in Staten Island, New York, and some New Dorp residents have sought assistance from the city’s Build It Back Program and Yellow Boots, a disaster relief organization that provides assistance for the long-term recovery of Staten Island following Superstorm Sandy.
“Our neighbor down here, they went through Yellow Boots. Next door here, the Deli, they had insurance,” said Mahon. “I know one of my friends…she did the [paperwork] and she got reimbursed from Build It Back. Everybody has a different story. It’s amazing.”

The Mahons have lived in their house on New Dorp Lane for the past 38 years. Superstorm Sandy marked the third time their home flooded. Despite this, they have no plans to leave. Some, however, did choose to leave New Dorp after Superstorm Sandy. An estimated 30 to 40 percent of affected residents in New Dorp left the Staten Island community. For Helena and John, Superstorm Sandy has forever changed their neighborhood.

“Before Sandy, if I looked out my window and I saw somebody, I’d know who they were. Now you don’t,” said Mahon. “There are a lot of abandoned houses, which is sad.”
As the holiday season approaches, the Mahons are optimistic about the future of their New Dorp community. They hope New Dorp will be a safe place to work and live for their new neighbors.

“Three years on, I think there is a lot more hope in the neighborhood now,” said Mahon. “I still love the neighbourhood. And the future looks pretty good actually.”