A taste of spring in Washington Square Park 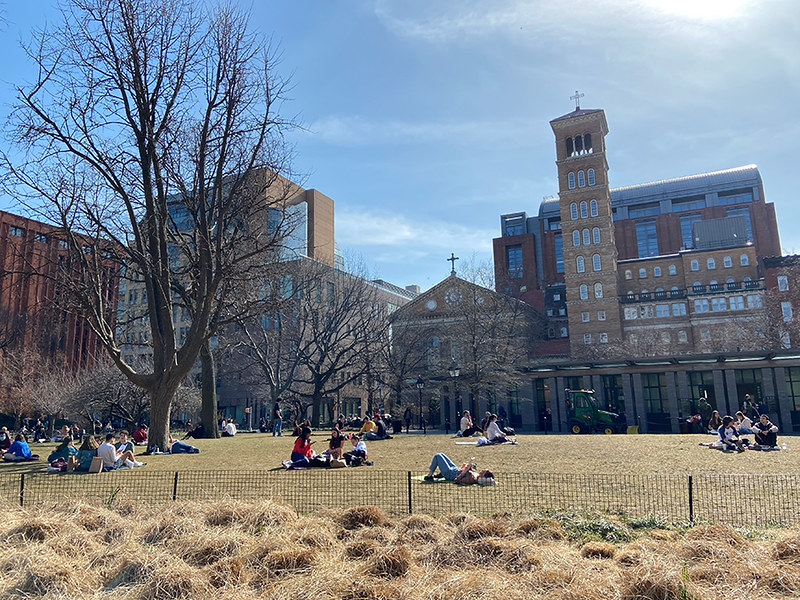 Sunbathers on the lawn adjacent to the Washington Square dog park enjoy the some of the first rays of sun on the dry grass. Photo by Isabel Bee

After a long winter of isolation, blizzards and gloom, springtime in New York City is right around the corner. With  temperatures  soaring into the 60s, the anticipation of spring, sunlight and life is palpable. Over at Washington Square Park, spring  was already in motion. Dozens of skateboarders criss-crossed and performed clumsily elegant maneuvers in the emptied fountain at the center of the park, to the delight of even more onlookers. As is common in the park, a perhaps unintentional fashion show was taking place – with younger and older New Yorkers peacocking in various extravagant outfits of bright colors and busy patterns. Even the air smelled different. The vernal equinox may not fall until March 20, but it is clear that spring has already sprung. 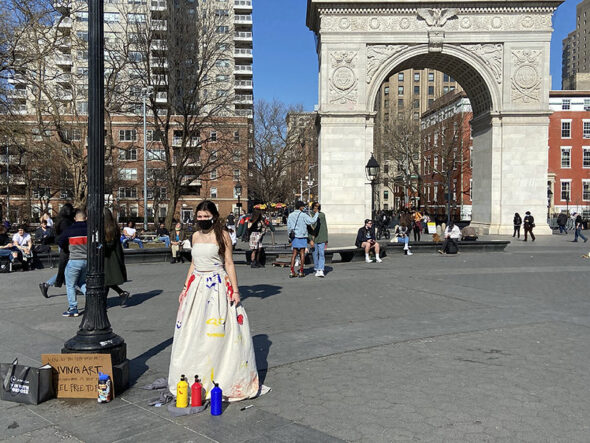 Experimental performance art takes place by the Washington Square arch. Viewers were encouraged to paint on a white dress worn by the artist as she remained completely silent. Photo by Isabel Beer 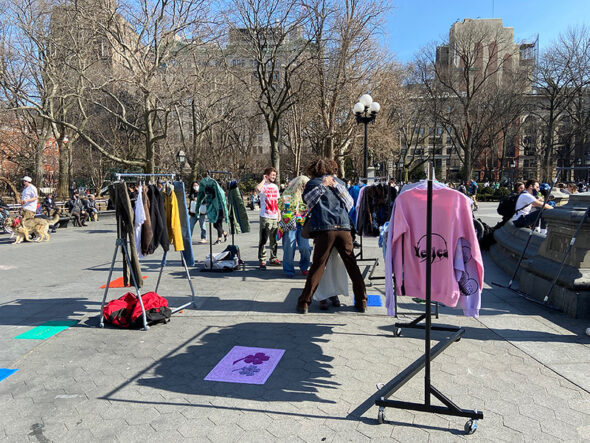 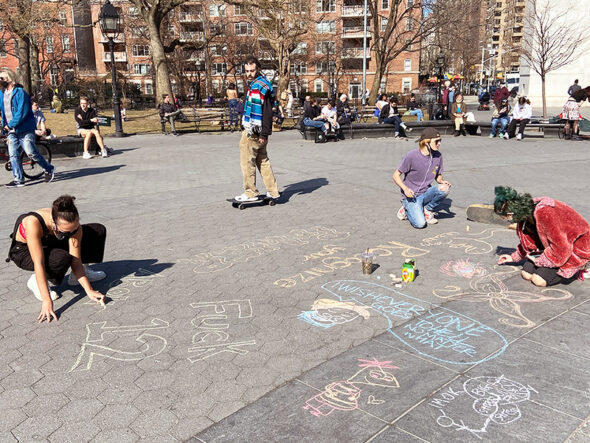 New York natives, Chrissy Santiago and Liberty Lehr both 19, draw with chalk in the sun near the Washington square arch as a skateboarder zips by. Photo by Isabel Beer 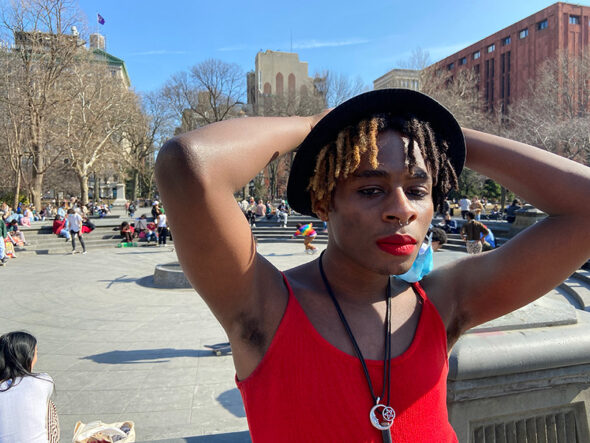 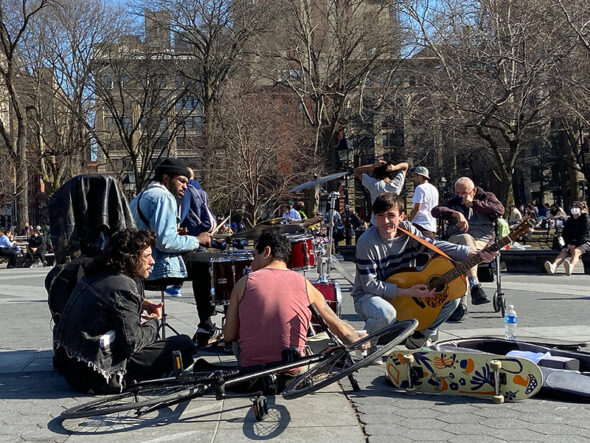 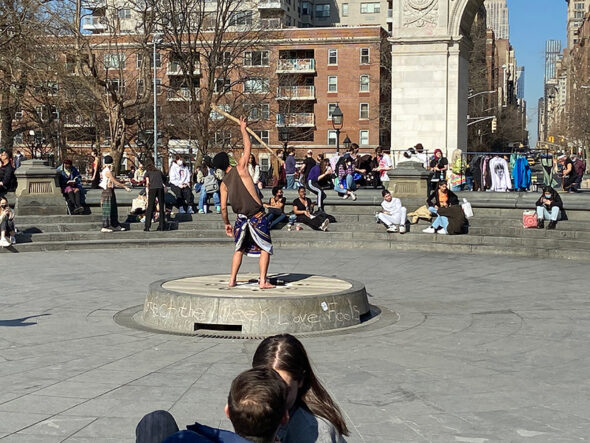 The infamous “stick dancer” performs atop a platform with “Respect the Meek Love Fools” in the drained fountain in Washington Square Park as a couple kisses in the foreground. Photo by Isabel Beer 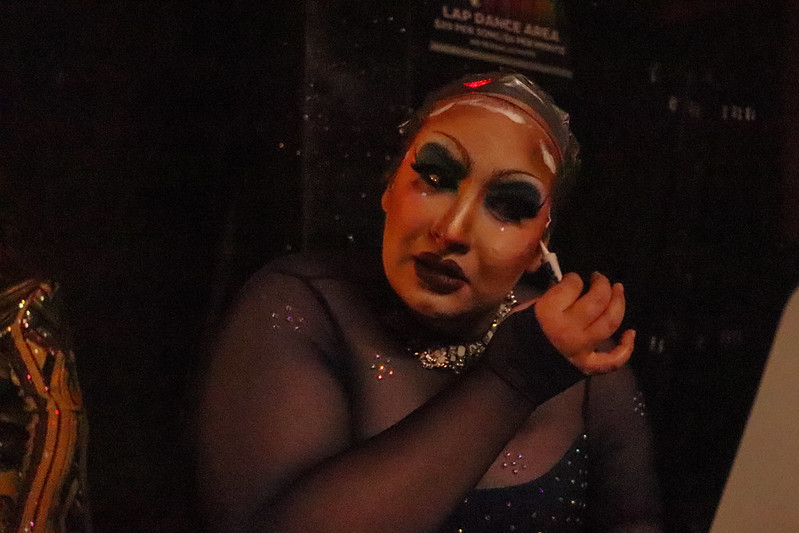 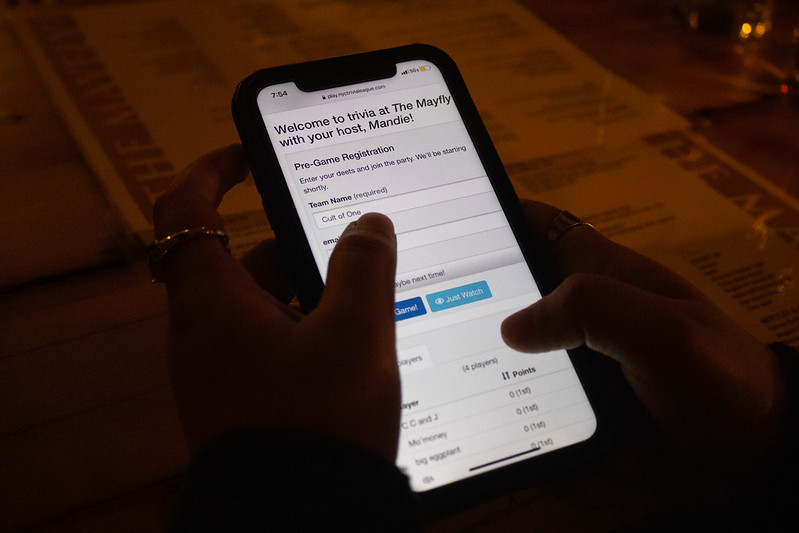