Abortion fight will continue in NYS despite new reproductive law 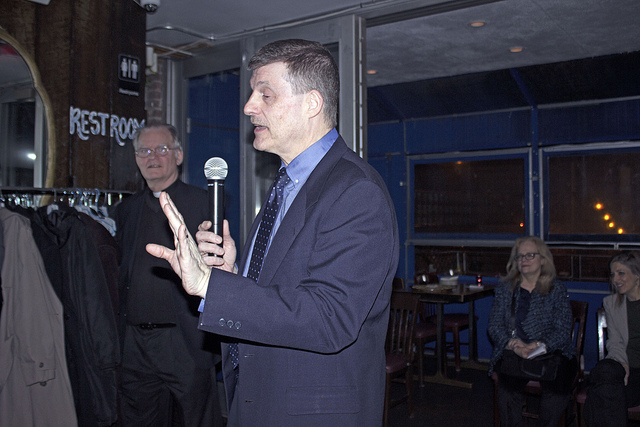 The anti-abortion agenda lost a battle on the anniversary of Roe v. Wade when New York Governor Andrew Cuomo signed the Reproductive Healthcare Act on January 22nd, but advocacy groups and supporters both in New York and in the nation are not giving up their fight.

“We suffered a terrible defeat last Tuesday, we all know that,” said Edward Mechmann, Director of Public Policy at the Archdiocese of New York, at a pro-life event held at Tuttles Bar & Grill yesterday.. The event was hosted by the Human Life Review, a journal devoted to abortion, suicide, and euthanasia among other issues.

The new law permits women to receive late-term abortions, doing away with the Roe v. Wade trimester framework.  It also allows for a licensed medical professionals other than physicians to perform the abortion. Under the RHA, abortion is taken out of the penal code and added to the Public Health Law.

“Pro-lifers are discouraged, dispirited, disheartened, but the important point for us is that we are not defeated,” Mechmann said in his keynote address. “This battle has been going on for decades and we’re not giving up.”

“We need people getting involved in the trenches,” Mechmann said later in an interview.  “It’s not about advocacy right now. It’s helping moms. It’s person-to-person. It’s time to reestablish that we’re not just talking politics.” 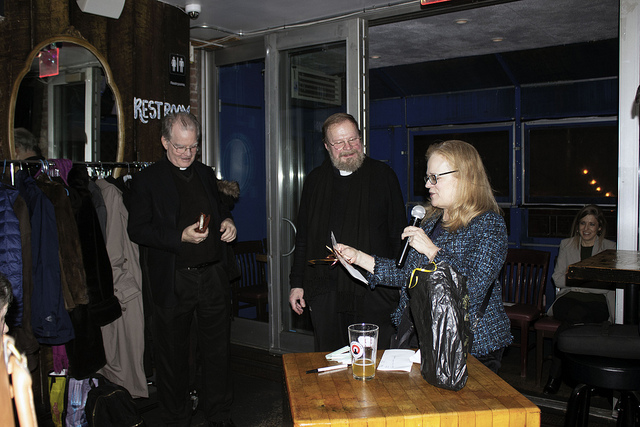 “One concrete thing to do is to raise awareness of pro-life pregnancy centers,” Maffucci said. “It’s not pro-choice when women feel limited to only getting an abortion.”

Maffucci also pointed out that many of their supporters were not outspoken advocates because of their regard for legislating morality.

“Some people were hesitant to legislate their moral beliefs. They wouldn’t get an abortion themselves but wanted others to get an abortion if they wanted,” said Maffucci. “But now someone else’s radical immorality is being legislated.”

Damian Geminder, Communications Coordinator for Feminists for Life, also attended the event. He said that he approached their agenda “holistically.”

“It’s about getting the most vulnerable the resources she needs, making sure needs are met,” said Geminder. “What matters is are lives being saved?”

Christina Fadden, Chairwoman for New York State Right for Life, is preparing for the May 1st Lobby for Life event and wants people to get involved in supporting crisis pregnancies.

“Despite the political war in the media, the people on the ground, the people who care, are open with loving arms,” said Fadden in a phone interview. “I’ve never seen anything different than that. And I think that’s what people need to know, that pro-lifers are ready with open arms to help people in crisis.”

“I’ve signed the petition,” Carr said in an interview. “What can I do next? People are getting fed up.”

Father Frank Pavone, the National Director of Priests for Life, a Catholic  anti abortion group based in Titusville, Florida said that the  movement is growing nationally regardless of state policies.

“People in the pro-life movement are very resilient,” Father Pavone said in a phone interview. “We’ve been through ups and downs. People should never be discouraged.”