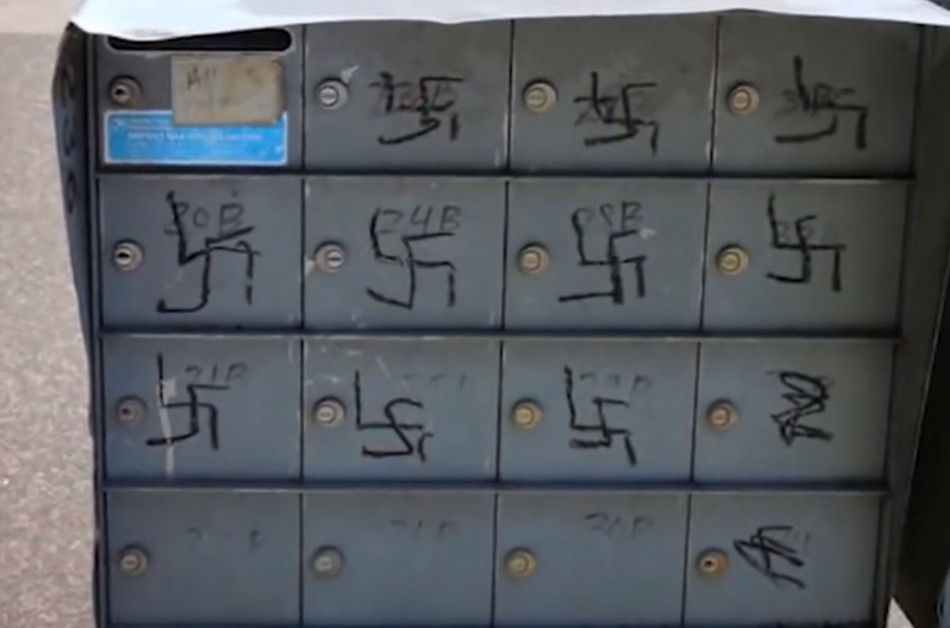 It’s been 70 years since the liberation of the Holocaust, but survivors believe that the words “never again” may end with a question mark.

Picture being a Jewish teenager in Europe in the early 1940’s, hiding for four years in the basement of Nazi head quarters in Poland, eating nothing but potato peels from the garbage and avoiding the light for fear of detection. Some believe that can happen again.

“The incidents are increasing,” said Jonathon Pierce, 49, the International Spokesperson for the Jewish fraternity Alpha Epsilon Pi (AEPI). “We’re talking about swastikas painted on houses and mezuzahs ripped off brothers doors, and these are just the most recent incidents, there are more.”

Today brothers of the Fraternity AEPI endure congruent situations of anti-Semitism. With 185 chapters in five different countries (including the United States, Canada, France, Israel, and the United Kingdom) there have been over 1000 incidents of intolerance against Jewish fraternity brothers alone this year, according to the National Office of AEPI. Examples include swastikas sprayed on the brothers’ mailboxes at the University of Oregon.

Pierce, an alumnus of the AEPI Chapter at Vanderbilt University, wants his brothers to be proud of who they are and what they believe in. But he is also worried for their safety.

“We had to hire a security team to work with our brothers to make sure they’re safe in situations,” said Pierce. “It’s happening every day on every campus. Just two days after the anti – Israel vote at UC Davis to divest from companies who do business in Israel, there were swastikas painted on the AEPI house. That’s no coincidence. Every Jew should be concerned.”

According to the AEPI Chapter at Emory University, brothers now look behind their shoulders and are more careful when they’re out at bars since their house was spray painted with swastikas on the Jewish Holiday Yom Kippur.

A junior, AEPHI sorority sister from New York University, who would not give her name because of fear of anti-Semitic backlash, said students from other universities will come on campus and hurl slurs at Jewish students.

During recruitment, her AEPHI sisters even worried that they were labeled the Jewish sorority during rush, bringing them negative attention. Other sororities swayed freshman girls from joining AEPHI because they were a Jewish sorority.

“I’m still proud to be a Jew and wear my AEPHI letters,” she said. “I do believe there will be another Holocaust. We said never again after the destruction of the second temple, after the Spanish Inquisition, and after the Holocaust. It just repeats itself.”

Allan Hall, 85, a Holocaust survivor from Krakow, Poland, believes that the Jewish people will always be outsiders.

Hall is in constant worry that the next generation will face the tragedy that he endured. 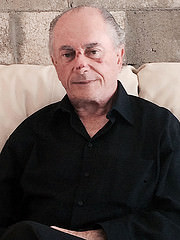 Allan Hall, 85, is a Holocaust survivor. Photo by Nicole Schubert

While attending the University of Florida and joining the fraternity Alpha Epsilon Pi (AEPI), Hall experienced perpetual incidents of anti-Semitism similar to today. Whether it was when he felt aghast to have his formal date feel his head for horns and his side for tails or to change his last name to Hall from Horowitz, he always felt like an outsider. But Hall believes without anti-Semitism, the Jewish people wouldn’t be as strong as they are.

“It’s those that hate us that keep us going,” said Hall.