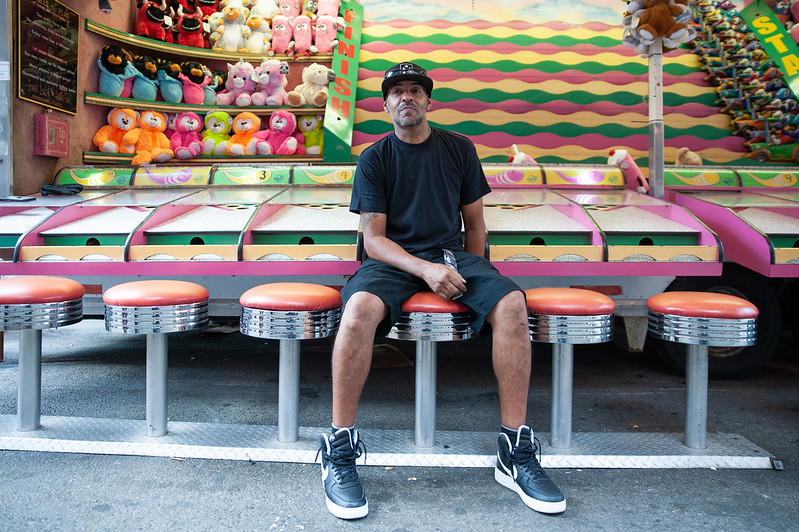 Danny Martinez, 57, was born in Puerto Rico, raised in Brooklyn, New York City. He was a member of US. military for 25 years and now, he works in a stand with carnival games. September 20, 2021. Photo by Nikol Mudrová

There’s not just pasta and cannoli for sale at Little Italy’s  Feast of San Gennaro,  carnival games are a big attraction too.

Danny Martinez, a US. Army veteran, is manning the roll-a-ball game. He served in Iraq and Afghanistan and in total gave the military 25 years of his life.

When Martinez left the army, his best friend helped him to get this carnival  job. He has worked there for seven years,

First, he operated a stand with a basketball game. Then his boss looked for somebody to take over roll-a-ball. Martinez accepted it and has been delighted about the decision ever since .He considers it as a perfect job for him.

“I’m a people person, especially when it comes down to the kids,” he said. 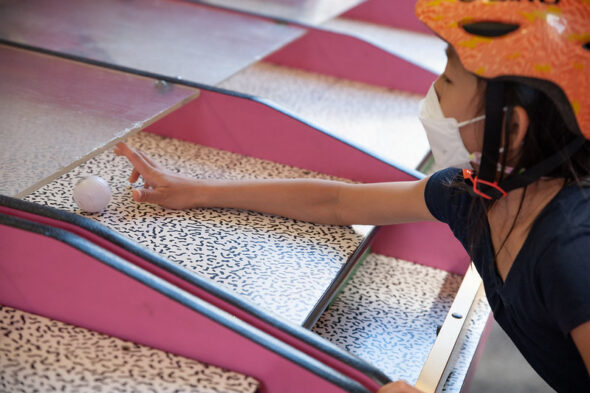 A child plays roll-a-ball at the festival.  September 20, 2021. Photo  by Nikol Mudrová 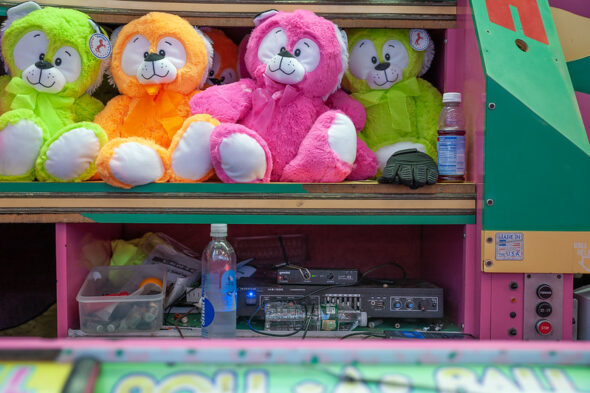 A set of tools, a few bottles of water and a stereo receiver deck for playing music are the only belongings Danny Martinez brought to work. On the shelf above are the stuffed animals for the winners of roll-a-ball at the San Gennaro’s Feast carnival. September 20, 2021. Photo  by Nikol Mudrová 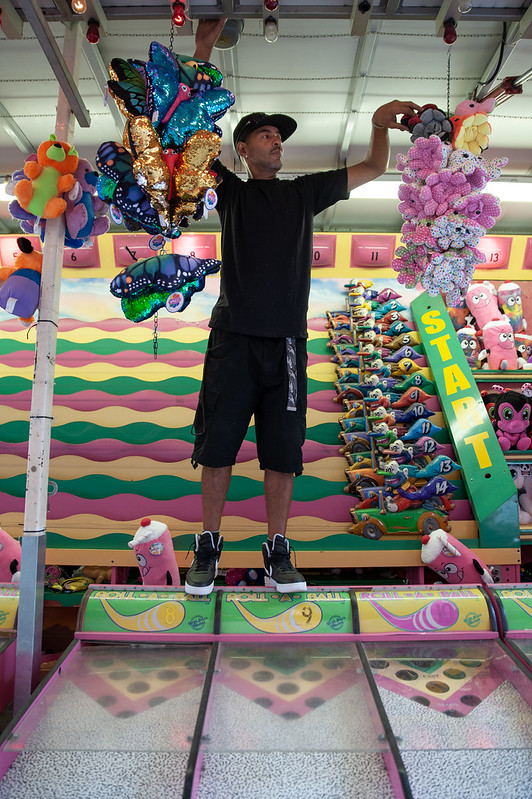 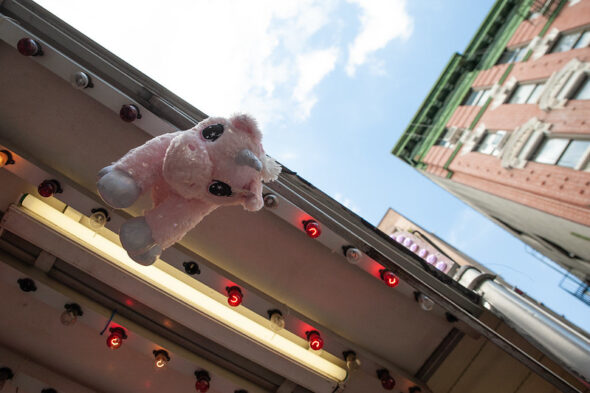 A unicorn hangs on on the roll ball stand’s ceiling. September 20, 2021. Photo by Nikol Mudrová 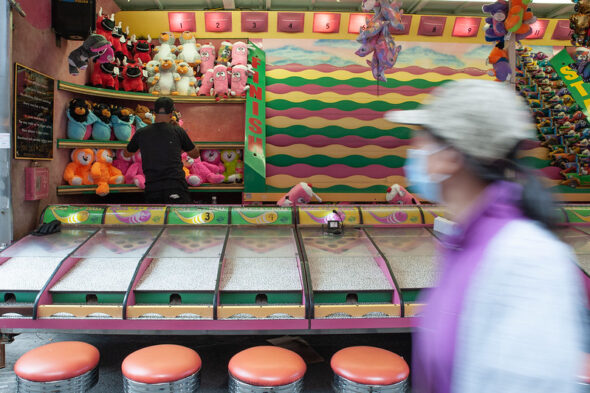 A passerby looks at Danny Martinez organizing his carnival game at the festival,  September 20, 2021. Photo  by Nikol Mudrová