Brooklynites on Hilary Clinton for President 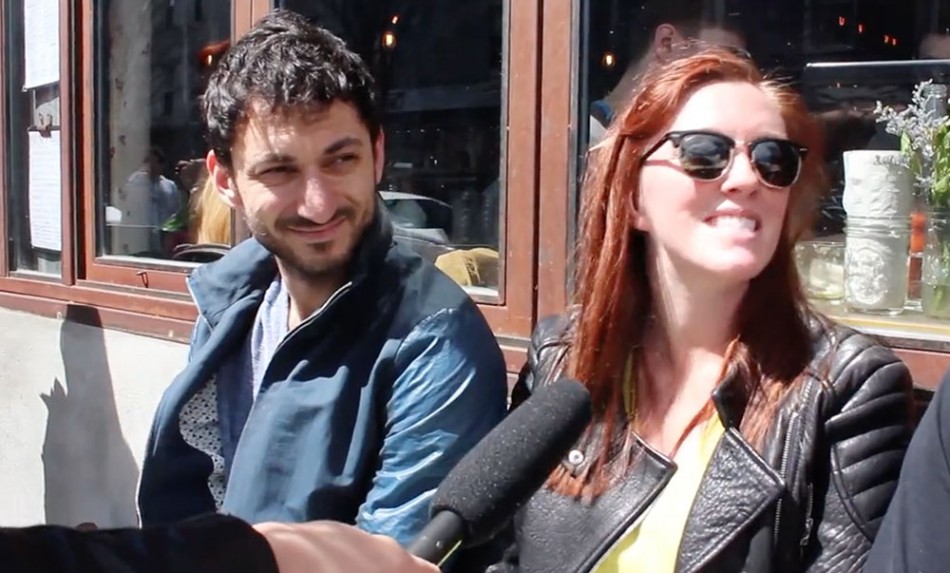 She said she would be making her announcement at 12pm Sunday via Twitter. Instead, nearly three hours later Hillary Clinton’s top aid sent an email out to staffers announcing  her official run for president in 2016. As politics often goes it was anticlimactic, but that did not bother supporters that gathered at her Brooklyn Heights campaign headquarters at One Pierrepont Plaza for the big announcement.

“I’m very anxious and excited,” said Risa Levine, 52. “I even brought champagne to celebrate the announcement.”

Levine wore not only a pink t-shirt with Clinton’s likeness, but her jean jacket was sprinkled with Hillary buttons reading slogans like, “I’m a woman for Hillary” and “Hillary sent me”.

Levine of Manhattan was one of three supporters who stood patiently and excitedly snapping selfies. She was joined by Tim Dangora, 36, also of Manhattan. A tall man donning a Hillary baseball cap and patriotically colored, “Hillary for president” t-shirt he had just one simple statement to make.

According to a March 29th Pew Research Center Poll 59 percent of democrats say there is a “good chance” they will vote for Clinton.

While the Clinton opponents were not physically present, their message could be seen hung from stop lights and pasted randomly to public surfaces. An unknown group or individual placed anti-Clinton posters in the area surrounding One Pierrepoint Plaza early Sunday morning. The design included an unflattering greyscale portrait of Clinton surrounded by phrases such as “Don’t Say Entitled” “Don’t Say Secretive” and “Don’t Say Polarizing”.

Despite her star power Clinton remains a polarizing and sometimes controversial candidate and has been on the receiving end of criticism from politicians and citizens. Republicans were quick to lambaste Clinton after her official announcement calling her untrustworthy.