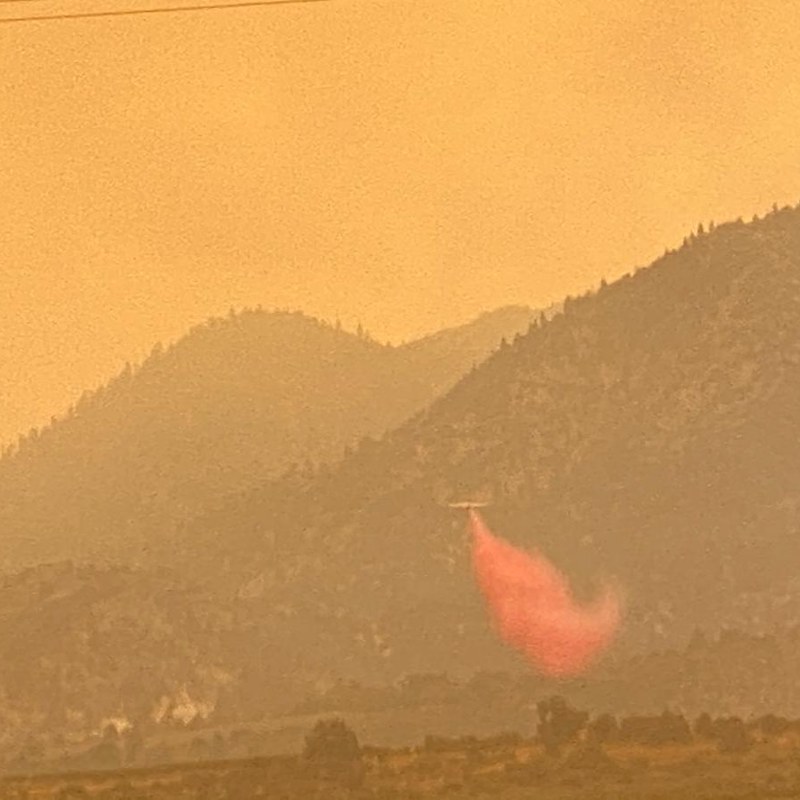 Described as a breathtakingly beautiful Shangri La surrounded by deer and other wildlife, the San Gabriel Mountains sit snuggly behind the city of Pasadena. In the 1950s, Julie Robin’s grandfather cut off the top of a mountain to build a house, and now decades later, the mountain range has become the feeding ground to terrible wildfires. The only explanation she can attribute the annual blazes to is climate change.

“My grandparents did not experience the fires that my parents and I had experienced,” said Robin.

According to the Center for Climate and Energy Solutions, the number of wildfires in the west has nearly doubled since 1985.

As a third-generation owner of the property, Robin was born and raised on the land and clearly remembers the 1993 Altadena fire that raged and burned down five houses on her street. It was after that fire that her father implemented an extensive fire safety plan.

“We spend a lot of money on fire safety. We have a full fire suppression system, a pump that goes into the pool with full-on fire hoses, probably 400 feet of fire hoses,” Robin said. “If you’re going to live here you’ve got to be prepared. It comes with the territory.”

Luckily, the Santa Ana winds did not come into play and the four miles of land between Robin’s property and the fire went untouched.

“We would have been next. We missed a bullet,” Robin said.

As temperatures slowly climb to hotter degrees, it has escalated the amount of dry shrubbery and organic matter that fuels fires. Over the past century, temperatures have risen by three degrees increasing heatwaves and lowering the amount of rainfall. These conditions not only ignite these raging fires but also contribute to the fast spread of them and the challenge of putting them out.

“We saw some of the worst heat we had ever seen,” said Sean Provencio, a resident of Pasadena. 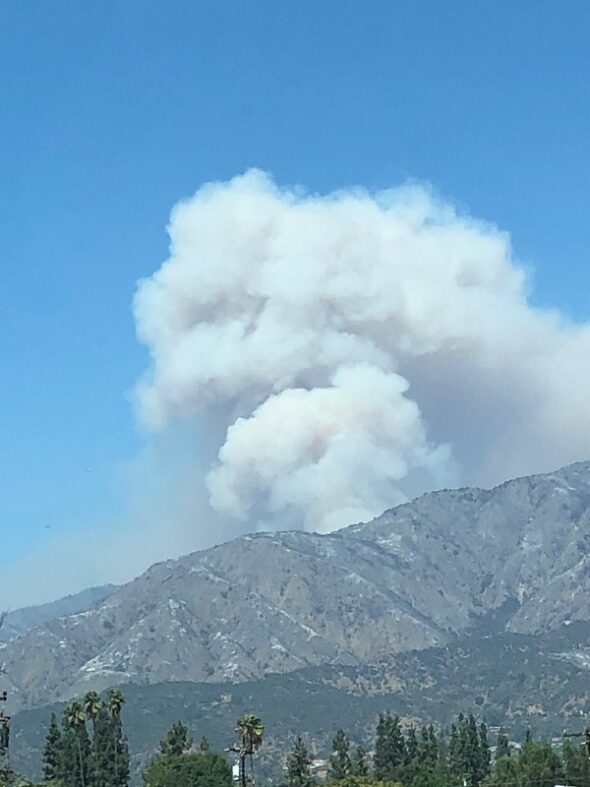 Smoke from the Bobcat fire from Southern California. Photo courtesy of Stacy Rubinowitz

InciWeb says the Bobcat Fire that has ravaged the San Gabriel Mountains remains 15% contained and has burned up to 105,345 acres.

“It almost felt like you were at a campfire site,” Provencio said of the smoke and ash plumes brought on by the fire.

The Bobcat Fire is only one among 26 other fires that firefighters continue to battle throughout the state of California, Cal Fire reported.

Up in Northern California, the North Complex Fire was reported in the San Francisco Chronicle as the fifth largest fire in California history. It has burned 298,191 acres and is almost entirely contained.

It began in mid-August due to lightning storms and the winds brought the smokey air to San Francisco.

The smoke penetrated the marine layer and blocked the sun bringing a dark and apocalyptic feel to the city , said Julie Peck, a resident of San Francisco. “And when it’s really smokey you wake up and your whole house smells like smoke,” said Peck.

Breathing in the smoke is known to cause respiratory problems, strokes, and heart attacks leading to higher numbers of hospitalization. And amid a global pandemic, these fires just add to the chaos and incredulous hardships.

“It just seems like it’s one thing after another,”she said.

And now with the fires becoming an annual occurrence, residents have begun to ask themselves if it’s worth it to stay in California.

“I’ve been through it so many times you’d think it would get easier and you’d be more prepared as time goes on,” Robin said. “Is it really worth it that every year we have to go through that much fear to live here?”