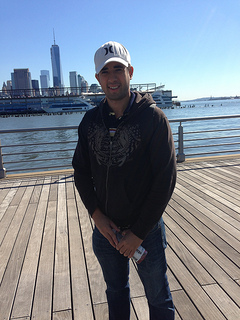 Niandi Scentaimai, 31 of the Upper West Side, said he is going to marry his boyfriend of seven years. Photo by Alexandra Palmer

Sitting on a bench in the West Village, Niandi Scentaimai talked about his upcoming wedding to his fiancé.

“I’ve been with my boyfriend for seven years,” said Scentaimai, 31, of the Upper West Side in Manhattan. “Now finally we can get married.”

Scentimai was referring to the June 26th Supreme Court decision that dubbed DOMA, the Defense of Marriage Act, unconstitutional. The act claimed the federal government did not recognize legally married gay couples and deemed them ineligible for marriage benefits.

“Now we have freedom, and I hope it stays this way,” Scentaimai said. “It’s not just about tax benefits, we are humans and we can get married too, so we’re celebrating.”

Windsor, a perfectly coiffed woman, dressed in a silky purple blouse, sat and answered questions from the crowd of lawyers and students. Her case garnered a landmark ruling that entitled legally married gay men and women to maintain their marriage rights in any state under federal law.

“I always had a strong feeling about justice,” Windsor said. “I believed in the Constitution, but I didn’t know why it wasn’t working for me.”

Windsor married Thea Spyer in Canada in 2007, but were together for 40 year before they wed. After Spyer died in 2009 she was charged $363,000 in federal estate taxes and fought it. The case made it way to the Supreme Court.

“In the United States vs. Windsor, what it came down to, was that the courts couldn’t explain how gay people were any different from straight people,” said Windsor’s attorney, Roberta A. Kaplan. 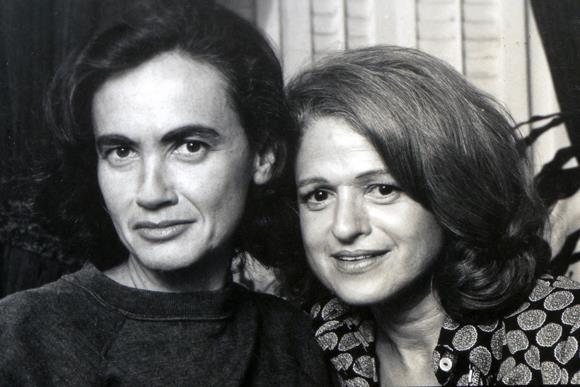 Thea Spyer and Edith Windsor, were together for 40 years before marrying in 2007.

Some lawyers have compared her case to Rosa Parks and have awarded Windsor and Kaplan, with the Keeping Faith Award for continuing the fight for equality and challenging DOMA.

“People come up to me and they say, ‘Now I feel married. Now it feels real’,” Windsor said.

Brian Coley, 25, of Kingsbridge in the Bronx, said he wasn’t celebrating Constitution Day, but hoped that the United States v. Windsor case was just the first of many victories for gays and lesbians. 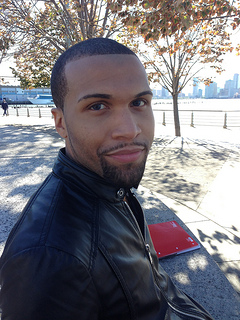 Brian Coley, 25 of Kingsbridge in the Bronx feels there is still inequality faced by gay couples. Photo by Alexandra Palmer

“I definitely hope to get married one day,” said Coley. “This case is a victory but there’s still a lot more to do.

Even though DOMA’s treatment of gay couples was clearly perceived as unconstitutional, the feeling of inequality remains without the federal statute.

“We just want equal rights,” said Coley. “We’re not asking for anything extra. We’re just human beings wanting the same things that everybody else has and gets to enjoy.”