City’s Muslims struggle to escape the shadow of 9/11 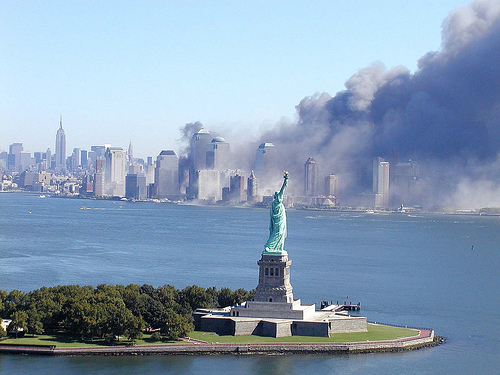 Fifteen years after the 9/11 attacks, which was led by Islamic terrorists, the city’s Muslim community continues to deal with discrimination and hatred.

With nearly one million Muslims, New York is reportedly among the states with the highest Muslim population. Despite the city’s high Muslim population, Rabbi, a lively and bubbly Bangladeshi woman who describes herself as a “very liberal Muslim”, and many others have failed to escape the shadow of the 9/11 attacks.

“Ever since 9/11, there has been a stigma attached to the religion,” Shadman Ahmed, 21, a senior at Saint John’s University in Fresh Meadows, Queens said. “Muslims are now automatically associated with a lot of negativity.”

The presidential election has only bought more scorn towards the community. Republican candidate Donald Trump has been openly critical of Muslim immigration.

Rafat Ashraf Khalaf, a junior at New York University, whose family immigrated to the United States through Ellis Island in 1912, recently faced discrimination by a cyber-bully online.

“When you analyze this election and the rhetoric that is thrown around, the situation continues to exacerbate,” Khalaf said. “I have personally received a bunch of hateful messages, mostly through the Internet. A guy … messaged me on Facebook and said, “F. OFF and go back to your country. Leave.”

In the days following the attacks, many leaders encouraged Americans not to blame the Muslim community for attacks. But lately the media is filled with threats of deportation. The recurrent attacks in France, the shootings in California and Florida and the rise of the terrorist organization ISIS (Islamic State in Iraq and Syria) have again made local Muslim targets of American anger.

“A lot of people really don’t know anything about Islam, only what they see on the news,” Khalaf said. “So when the only thing they hear about is a bombing by someone who claims to be Muslim, that is going to only negatively impact their perception of Muslims as a whole.”

These negative labels have confusioned some Muslims like, Afraz Khan, 21, a student at New York University.

“I am at a point now that if I see someone who has a large beard, rather than seeing that as a mark of their faith or seeing it as someone I can trust or someone who is part of my community, I am more in a doubt that proud,” Khan said. 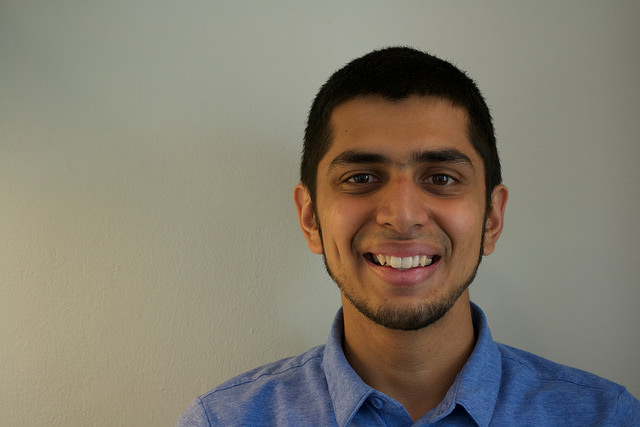 The negative press has led Afraz Khan,21 an NYU student to be fearful of his community. Photo by Lisa Seyton

Despite the negativity surrounding his religion, Khan believes better days are ahead.

“I think people are becoming more willing to learn about and understand one another,” Khan said.

Sakim Alam, a Bangladeshi pharmacist at Cohen Children’s Medical Center in New Hyde Park, Queens, was in fourth grade when the 9/11 attacks occurred. While he feared the repercussion of the attacks on Muslims, today Alam sees it as a good opportunity to educate people.

“Instead of feeling offended, we, Muslims should educate the public on the proper/peaceful teachings of Islam through words and examples,” said Alam. “Yes, there is racism and prejudice everywhere, but all of that will change when we show the world that we are the same as everyone else.”