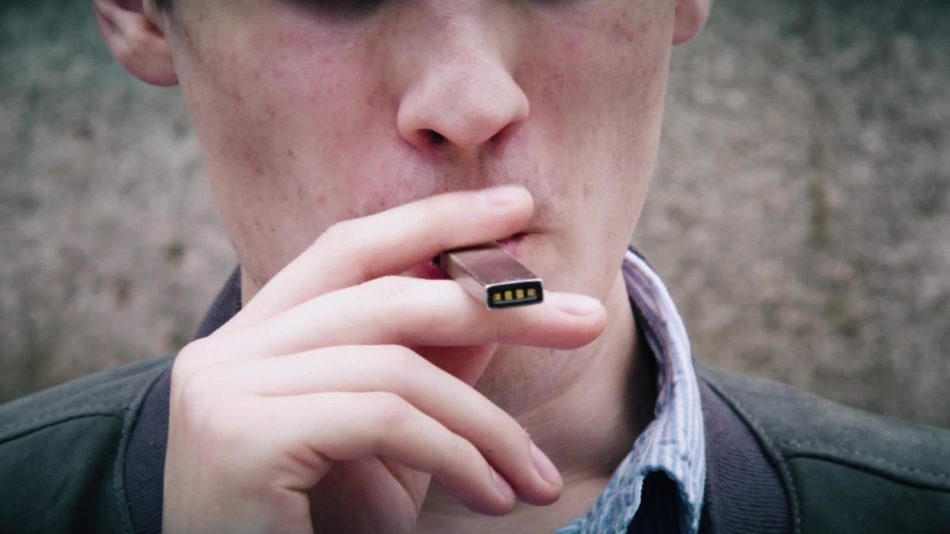 The FDA is trying to stop minors from using popular e-cigarettes. Photo courtesy of CNN.

Today is like any other day at the Fulton Smoke Shop Convenience in Lower Manhattan, from the ringing sounds of lottery winners to the slot of the cash register zooming out to hand change back to customers. But as many of the shoppers purchased their weekly refill for their Juul and other e-cigarette products, owner Sheul Ahmed also heard the sound of a ticking clock.

“Without (e-cigs) we would suffer, big,” Ahmed said as he handed a pack of Marlboro Lights to an older gentleman.

Ahmed, who has owned his store for over two years, is one of many owners around New York City that could lose revenue, and possibly their business, because of a recent crackdown of e-cigarettes by the U.S. Food and Drug Administration.

Earlier this month, the FDA issued a warning letter to many e-cigarette producers, including Juul, Blue and Logic, giving them 60 days to get the product out of minors’ hands or risk being pulled from the market. The letter was a follow up to an FDA investigation in April, in which the agency looked into whether or not Juul advertising was intentionally targeting youths.

“I don’t believe it’s targeting (them),” Ahmed said. “You know it’s very popular and I think they are targeting everyone — well, everyone over the legal age.”

Ahmed said that the average customer for e-cigarettes in his store is between the ages of 25 to 35, but still noticed that there’s a good percentage of cigarette smokers.

“I mean it’s still 50/50, for those buying cigarettes versus e-cigs,” he said. “But e-cigs are definitely more popular. I mean, it’s better than cigarettes, it’s helped me increase business by 30 percent.”

In fact, many stores say that e-cigarettes have helped their business, including the Millenium Smoke Shop near Fulton Station. Arvey Rafe, 23, has worked there just over a year and has noticed the dramatic increase in popularity.

“At least 60, maybe even 70, percent of our business is now from e-cigs,” Rafe said. “If it gets pulled, there isn’t any other options. It shouldn’t happen.”

Rafe agreed with Ahmed about marketing. He said Juul and other e-cig producers know what they’re doing when it comes to advertising.

Consumers also tended to praise e-cigarette companies marketing tactics, including Edoardo Gelardia, 26, who offered a different take on the responsibilities of the smoke shops.

“It should be the retailer’s problem,” Gelardia said. “Kids are gonna smoke whatever they can anyways, so they (the convenience stores) should be the ones who stop selling it to the underage market.”

But Julia Kats, 23, who switched over from traditional cigarettes to a Juul two 2 months ago, expressed concern over the product’s addictive qualities.

“I just worry about the kids and the possibility of a nicotine addiction,” Kats said as she looked at the USB-like Juul in her hand. “Who knows what would happen if the product gets pulled, they may even resort to cigarettes.”

According to the CDC’s National Youth Tobacco Survey, e-cigarettes have now become the most popular tobacco product among high school and middle schoolers, with teens who smoke cigarettes down to just 8.8 percent.

While Juul says it’s product offers a safer alternative for adults who smoke cigarettes, many critics have argued that e-cig products have created an easier way to attract the new generation to nicotine.

E-cigarette companies have just over 50 days left to work with the FDA and create a new plan for their marketing scheme, but for these store owners in Lower Manhattan, there is an air of uncertainty.

“I have no idea what I would do,” Ahmed said. “I mean it depends on the people. If the people go a certain way, well, we go with that way.”