Election 2016: The State of Pennsylvania 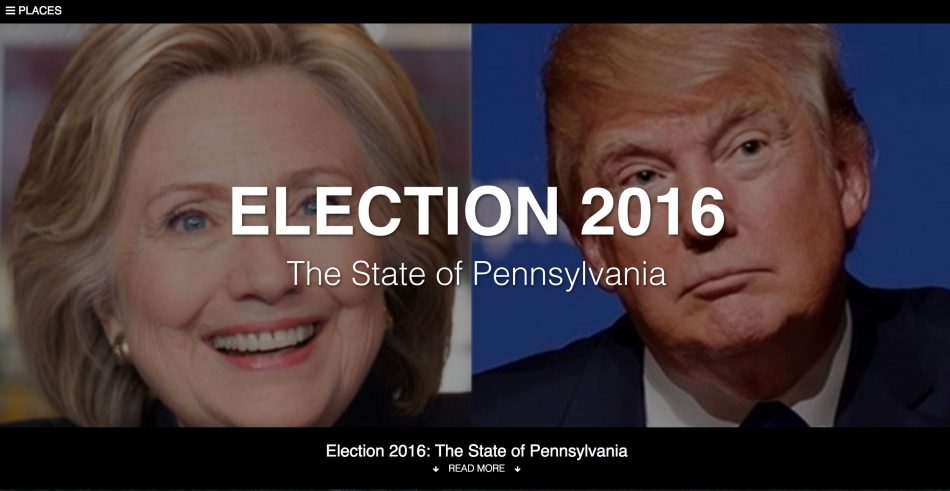 Pennsylvania is known as a demographic bridge between mid-western states and the northeast states. Through this year’s contentious Presidential Election, various outlets, and polls have noted that Pennsylvania joins a select list of states that have the power to decide who will become the country’s next president. The state, which has leaned Democrat since 1992, has large pockets of red counties that can sway the state. Philadelphia, Pennsylvania’s largest city, remains a Democratic stronghold, while smaller cities like Scranton, formerly Democratic, are emerging as Republican.

You can view the project here