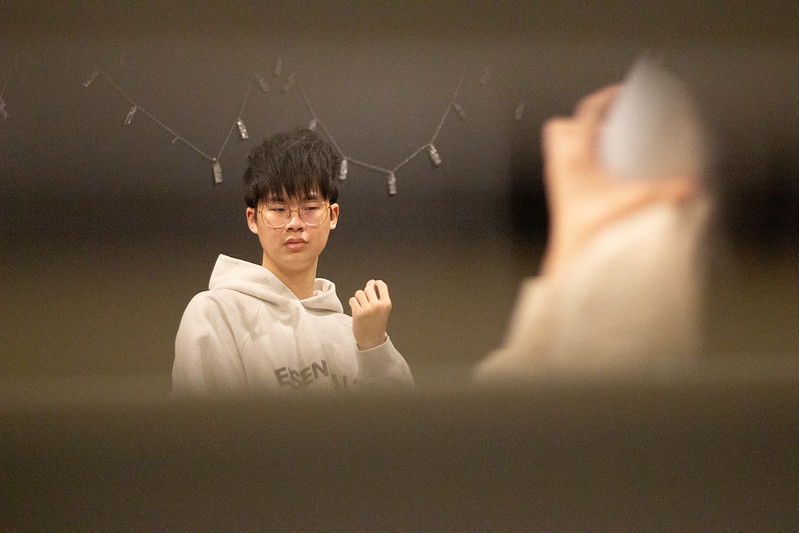 In a dimly lit room, six players gather at the table, frowning, ruminating and analyzing the clues. Tension looms. The murderer could be anyone, but everyone appears to be innocuous. For a murder mystery, cliques and betrayals are common – the murderer is in disguise while the others are suspicious of the murderer. Lies, tricks, secrets, the best liar wins.

It is scripted murders, a.k.a jubensha, one of the latest crazes among young Chinese. This immersive role-play game only requires several players and a host sitting in a theme room to sort out cases like fake murders. Each player is assigned to a character with a different script for a storyline, including the murderer. Suspense and excitement unfold as players act out the roles, discuss the story lines, share the clues and talk to each other one on one.

Compared with Chinese traditional entertainment like Mahjong, scripted murders are especially popular among young Chinese, who utilize the game to socialize. For overseas young Chinese, the dim room is a place to mingle – when you’re away from home and family, it’s good to spend hours solving a mysterious case with friends, sometimes strangers.

“The game is engaging. I have to constantly think, deduct and lie to fully participate. The satisfaction of solving a mystery is irreplaceable,” said Zhehan Zhang. “And it’s nice to escape from reality for a little while.” 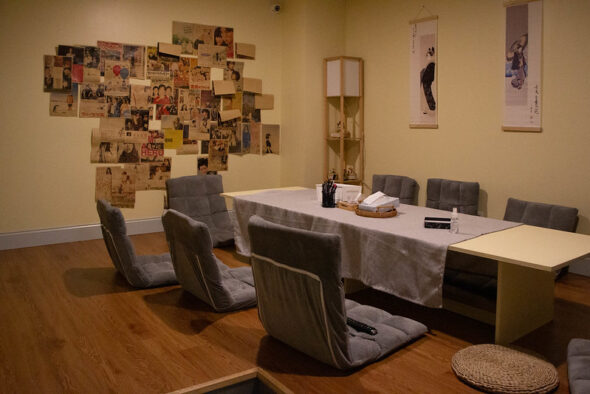 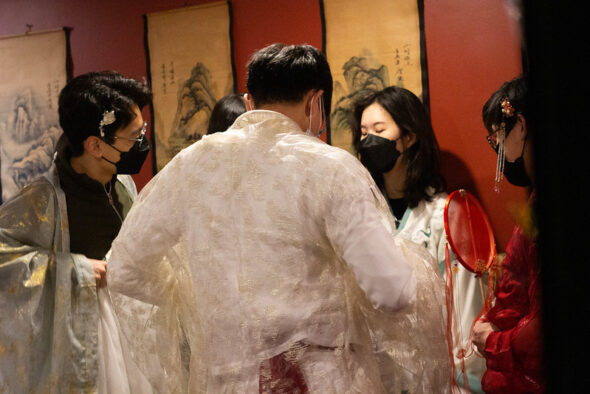 Kevin Jiang, Eric and Jasmine Gu (from left to right) wear costumes for the game in Long Island City, New York . In this case, players need to switch genders and dress up in the opposite gender for more fun. Nov. 26, 2021. Photo by Xinrou Shu 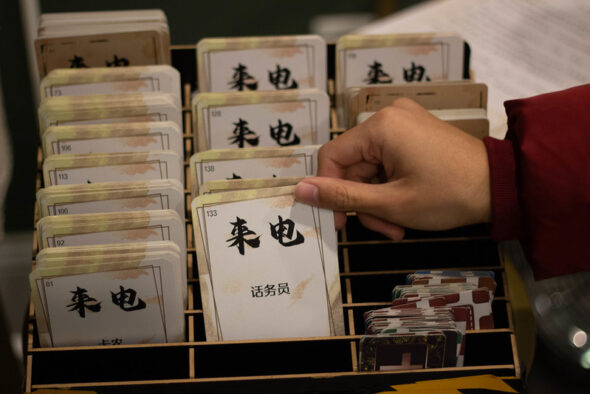 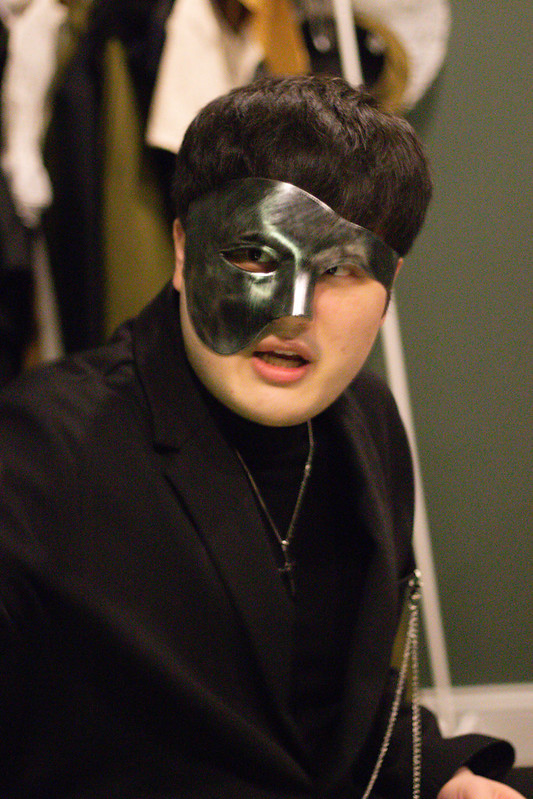 The host wears a mask to distinguish himself from the players. According to him, this game “Naraka” is a little bit similar to Squid Game. The mask is used for a more immersive experience. Dec.7, 2021. Photo by Xinrou Shu 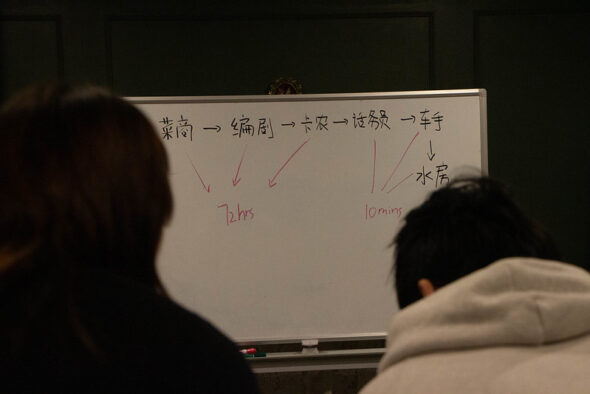 On the whiteboard, players draw a mind map based on clues to organize thoughts for deduction purposes. Dec. 7, 2021. Photo by Xinrou Shu 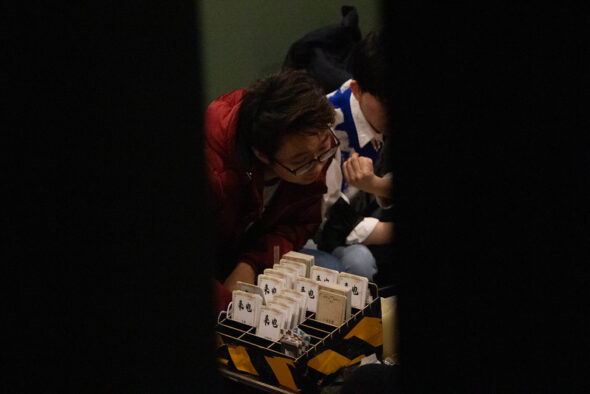 Charles looks closely at the cards. Reading and analyzing clues are the key to this game. Dec. 7, 2021. Photo by Xinrou Shu 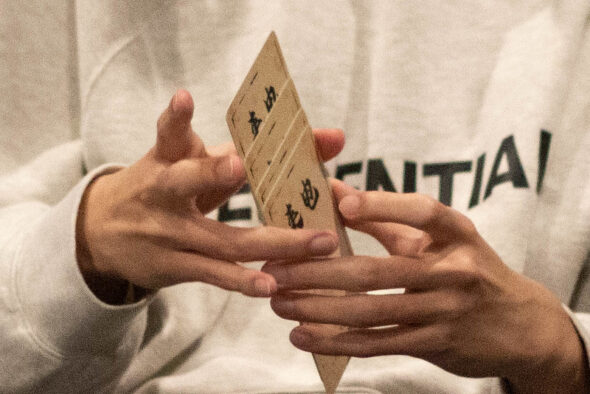 While listening to others’ storylines for clues, Kevin shuffles his cards. He needs to think hard to not miss out on small details. Dec.7, 2021. Photo by Xinrou Shu 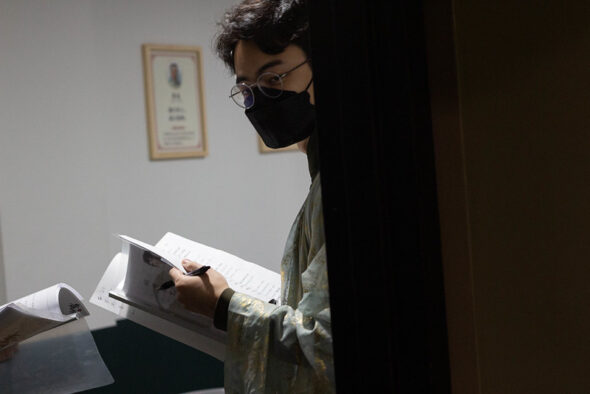 Kevin Jiang discusses his storyline with another player for more clues. Nov. 26, 2021. Photo by Xinrou Shu 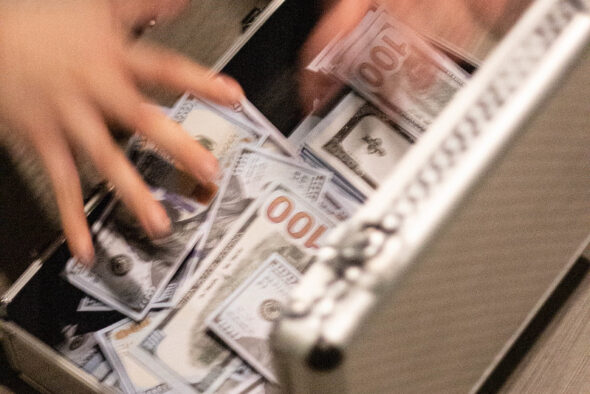 Players grab fake money as much as possible. In “Naraka,” money is an important lead that elicits potential conflicts among characters. Dec.7, 2021. Photo by Xinrou Shu 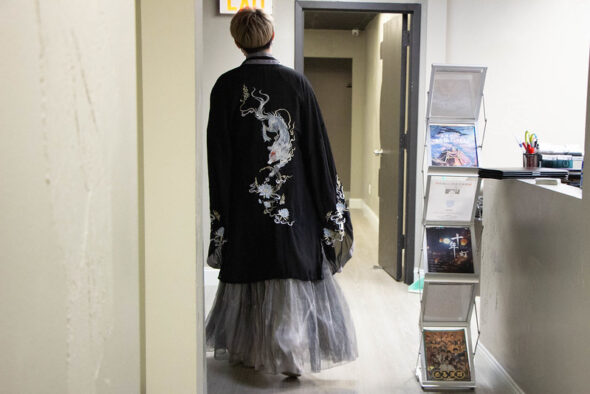 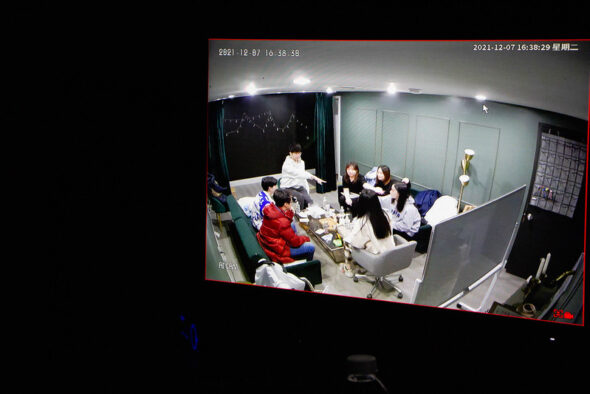 Charles, Wenhao Wang, Kevin, Kelly, Jasee, Cloris (from left to right), six graduate students at Columbia University sit in a room with the host to discuss leads and debate about the truth. Dec.7, 2021. Photo by Xinrou Shu