Families and teachers struggle to explain racial injustice to children

A boy rides his bike in a racial justice march. Photo by @5byseven via Twenty20

When John Meehan was in the fourth grade, a teacher saw him chasing a classmate on the playground and pulled him inside for a talk.

“She said to me, ‘you are a black male, and you have to understand that you will be seen a certain type of way, and that you have got to be careful about what you’re doing,” recalled  Meehan.

Now in his 30s, Meehan is thankful for that conversation.

“I was glad that she took the time to say that because it allowed me to see the potential. If you know the worst, you can prepare for it,” said Meehan.

In the wake of George Floyd’s muder and the Chauvin trial, along with the recent police shootings of Daunte Wright, Ma’Khia Bryant, and Andrew Brown Jr., children across the country are having similar conversations to that of Meehan and his teacher. It is a conversation that Black communities have been having for decades. What is new is the widespread circulation of cellphone and bodycam videos that have brought the threat of violence toward Black individuals front and center.

Families and classrooms are navigating how to talk to our society’s youngest members so that they are informed and able to make sense of the racial injustice playing out on a national stage.

Today, Meehan, a St. Louis-based attorney, has a 4-year-old daughter, Emilia, and five young godchildren that he is close with. He is intentional with how he speaks to each of them about what it means to be a Person of Color in the United States.

“When I talk to someone that I love, like my godsons, I’m telling them that you can only control what you can control,” said Meehan. “So you have to assume that bad things are going to happen. You’re going to assume that other people are biased…and how are you going to react to de-escalate them, unfortunately.”

Meehan and his wife are both biracial, and in Meehan’s words, his daughter appears “racially ambiguous.” He hopes that she can use any privilege she has to stand up for those that are vulnerable.

“I don’t know how much she’s going to face, but I want her to understand what other people like her friends and family members may face so that she can be an advocate at all times for anybody,” said Meehan.

He works to expose his daughter to people of many different ethnic, cultural, and religious backgrounds, while also instilling in her a sense of pride in her identity. He carefully curates the content she consumes, so that she has age-appropriate exposure to today’s current topics. She plays with Black and white dolls, reads story books about princesses of color, and watches Sesame Street episodes that tackle heavy topics like racism.

While his daughter is at such a tender age, the conversation about racial identity is simple.

“I want to let her see the breadth of what is and isn’t when it comes to race…understanding that everyone has different cultures and everyone may look different, but that ultimately we all want the same things,” said Meehan. 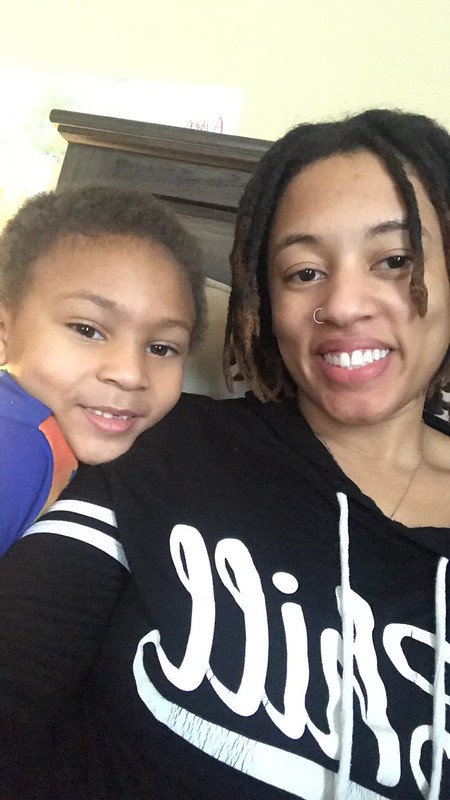 Tylar Searcy first spoke with her 5-year-old son, Ayden, about racial injustice when he saw her making a sign for a Black Lives Matter protest.  Photo courtesy of Tylar Searcy

Tylar Searcy, 27, is mother to five-year-old Ayden. Over the last year, she has found herself having conversations with her son about what it means to be Black, and the community’s relationship with the police.

“There will be a time when you will meet someone who looks different from you and they are not going to like you because of the way you look,” she has told him.

Searcy said that the conversation is difficult because she wants her son to understand racism, but also to know that his white friends do love him.

The discussion about police violence was similarly challenging and nuanced. Her son asked her one day whether or not he should trust the police.

“So now I’m having to say, yes, [the police] do take care of you. But there are some police officers that don’t have your best interest at heart,” said Searcy. “They don’t care about you like they should. And he doesn’t understand, and I just have to keep telling him you will see as you get older.”

Despite the discrimination and injustice that Black people in the United States face, Searcy wants her son to be proud of his Blackness. He recently expressed that he did not want to be Black, because “people don’t like people that are Black.”

Searcy sees the recent guilty verdict in the George Floyd murder trial as a “little light at the end of the tunnel.” She hopes these important conversations will continue.

Children are also having discussions about racial injustice in the classroom. 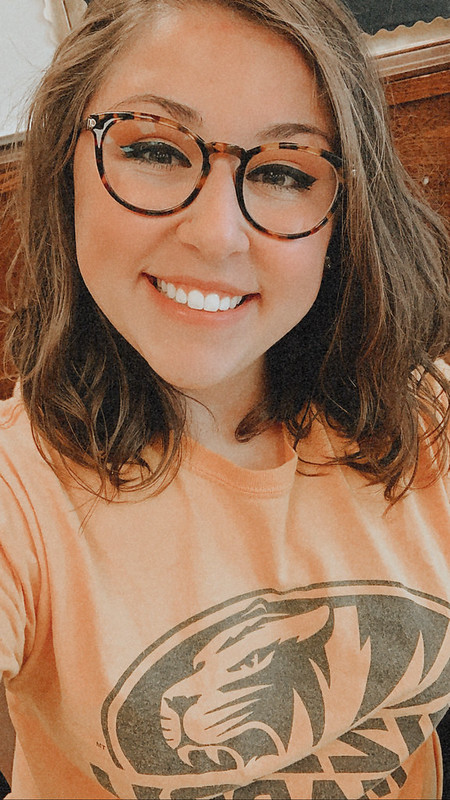 Maddie Frank is a 4th grade teacher in St. Louis, Missouri, where she facilitates classroom discussions with her students about racial injustice and police brutality. Photo courtesy of Maddie Frank

Maddie Frank, 28, is a fourth grade teacher in St. Louis, Missouri. Her school district began the year acknowledging “two pandemics” – the coronavirus and racial injustice. Teachers and staff were encouraged to have thoughtful conversations with their students about these topics.

Frank’s students started by learning about the 2020 election, which inevitably led to a conversation about the January 6 capitol riots. They began talking about the difference in police response to the insurrectionists and Black Lives Matter protesters.

“I had a student come up to me and he said, ‘Ms. Frank, why are the cops not afraid of white people, but they’re afraid of Black people and they kill us?’ So you know they really are watching, they are listening, they are comprehending what’s going on in the world and here in the United States,” said Frank.

Frank is one of the only white teachers in the school. A majority of the students and faculty are Black. She has been intentional in pointing out her own white privilege.

“This year I had to make sure I explained to them, I can never experience and fully connect with the things that your community is going through, because I am a white female. I’m just very upfront and honest about that,” she said.

She encourages other white teachers to educate themselves on racial injustice by reading, learning accurate history, and listening carefully to People of Color.

Frank believes it is crucial for these conversations to happen in the classroom, and with children from all backgrounds.

“We’re here to not just teach them academics. We’re here to help them build character and to understand the world that’s around them, so that when they go out of our building and they go home, they don’t feel left in the dark,” said Frank.

Including children in these difficult conversations is also largely recommended by many medical and mental health professionals. The American Academy of Pediatrics and the American Psychological Association are just a few institutions that offer resources on how to talk to kids about racial bias and discrimination.

Dr. Faith M. Sproul is a licensed psychologist with a Youtube video aimed at helping facilitate these discussions with young children. She acknowledged that these conversations can be a challenge, but that it is important to communicate clearly and to convey ideas in terms that children can understand. She suggested using the concept of “fairness” to discuss injustice with young kids.

“We also want to make sure that we end the conversation with our children feeling loved and safe, and that there are people who are going to keep them safe so that they don’t have the sense of impending doom…,” she said.