Gender neutral Latinx gets push back from some Latinos in the U.S. 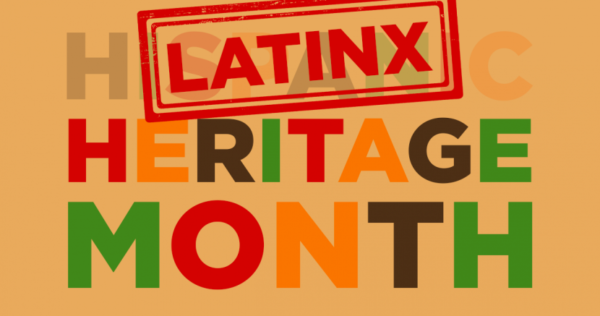 Leonor Talamantes, 20, is of Mexican heritage and identifies as a gender non-confirming trans femme. For her, the gendered label “Latina” does not accurately describe her identity, and she prefers to self-identify with the gender neutral terms Latinx or Latine.

“I appreciate Latinx in the sense that does kind of allow all gender identities to be included,” the Washington Heights resident said. “It allows us to break down the binary.”

While some have embraced Latinx, there has been push back from Latinos in the U.S.

Last month, market research company ThinkNow released a poll on how U.S. Latinos identify and the acceptance of “Latinx.” Of the 508 Latinos surveyed, only 2% favored “Latinx,” while “Hispanic” polled at 44%, followed by “Latino” at 24% and country of origin at 11%.

Born and raised in Puerto Rico, Claudia Ramirez Marcano identifies most strongly with Hispanic because the term includes people only from Spanish-speaking Latin American countries and Spain, whereas Latino refers to anyone with ancestors from Latin America, including Portuguese English, French and Dutch-speaking countries.

“It feels more like home. I’m very tied to my language,” the 22-year-old said, switching between Spanish and English. “Saying I’m Hispanic unites me to a community of people who speak Spanish and it connects me to my home. It feels warm to me.”

Like French and Portuguese, Spanish is a gendered language that lacks a neuter noun form. In Spanish, nouns and adjectives are either masculine, usually indicated by an “o” ending, or female, usually indicated by an “a” ending. This is why “Latino” is used for men and “Latina” for women, and the plural for a group of male and female Latinos is the male-form “Latino.”

President of the National Association of Hispanic Journalists Hugo Balta said the term was brought about in the early 2000s and that it aims to advance inclusivity within the Latino community. His exposure to the term, he said, has come mostly through media, particularly from younger generations of journalists.

“It’s about removing gender from Latino and Latina and integrating both,” Balta said. “We live in a society that is very sensitive and sensible to the pronouns that we use describing one another.”

For researcher and educator Monxo López, in addition to being an inclusive term, the concept of “Latinx” responds to the diversity of the Latino community and puts forth the idea that it is an identity that is still in the process of defining itself.

“Latinx,” he said, is a result of the cultural shock Latin Americans face when confronted with social dynamics in the U.S. Manifestations of “machismo” (sexism) and racism, for example, are different in Latin American countries than in the U.S. and that these contrasts are what lead Latinos to rethink their identity, López said.

“‘Latinx’ is a product of internal dynamics in the U.S. by Latinos that are suddenly faced with all these differences,” López, a curator at the Museum of the City of New York, said. “It’s looking for the space to explore how to understand ourselves and how to name ourselves.”

Even though she would not self-identify as Latinx, Ramirez Marcano, of the Bronx, recognized the importance the term has for Latino people within the LGBTQ community whose gender identities are not aligned with the male/female binary.

“I am not a part of the community so it’s not a priority for me. I understand if a person from the community wants to identify and you make up your own word,” she said. “I don’t see why it should not exist. I would not use it for myself.”

But she pointed out the complexity of trying to make every noun in Spanish gender neutral if the “x” ending is adopted for every noun or adjective.

“Everything has a gender in Spanish. My brain is just wired like that,” said Ramirez Marcano, who has lived in New York since 2015. “It will be harder for older people to adapt.”

“Boricuas are Nuyoricans (a person of Puerto Rican birth or descent who lives in New York City) and Puerto Ricans are from the island,” the South Williamsburg resident said over the sound of speakers blasting salsa. “It’s not a division, it’s only a distinction. That way you know where you come from.”

In addition to identifying as boricua, Torres self-identifies as Latino over Hispanic or Latinx.

“Latino sounds nicer. It’s a phrase that unites all Latinos in general,” he said. “By saying ‘Latino,’ you talk about the culture that unites us.”

Although he identifies with the gendered term “Latino,” Torres said he is not opposed to a gender neutral alternative.

“Anything goes if it’s for the best, and if it’s a trend we could adapt (to) it,” he said. “Latinos always stand out in the crowd. If you look at all the cultures in New York, the Latino culture is the most united one.”

Mayra Molina, 24, who was born and raised in Brooklyn, self-identifies as Mexican over any other term, but uses the label “Latina” in certain contexts. 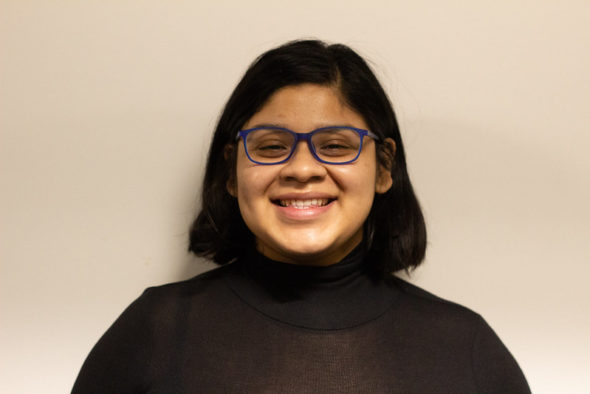 Mayra Molina, 24, was born and raised in Brooklyn, New York. She identifies as Mexican and Latina. Photo by Amanda Pérez Pintado

Molina, a senior at Baruch College, is not against the use of “Latinx” and understands why others would prefer the term.

Camila Hernández, 22, an NYU junior, prefers to self-identify as Colombian, but also uses the label Latina. When speaking about another person or a group of people of Latin American origin or descent, she uses the term “Latinx.”

Hernández was born in Colombia and has lived in the United States for five years, but it wasn’t until she moved to New York last year that she learned about “Latinx.”

“I didn’t really know the term existed, the ‘Latinx’ term and I started to understand why people were using it instead of Latino or Latina,”  she said. “Before that I would not think about it.”

Now, she said, she is aware of the importance of using inclusive language and thinks “Latinx” opens the possibilities for  people who don’t identify as either male or female.

“I think that language has a lot of power and that it defines a lot of things,” she said. “If we start to be more inclusive the use of our language, that would really change the way we see people and we talk about people and respect people.”