Healthy eating in the South Bronx 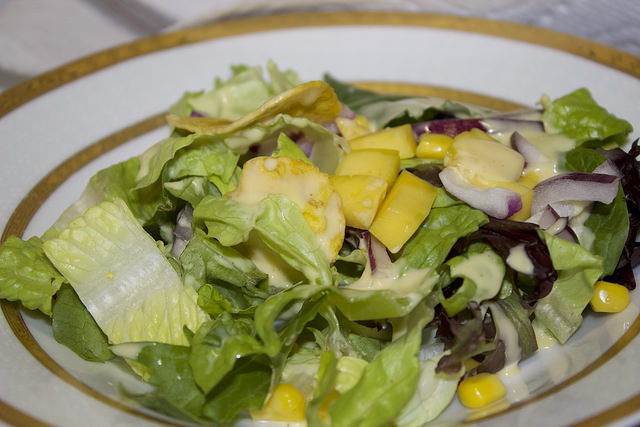 A plate of the Bronx Salad made of a mix of baby greens tomatoes, red peppers, kale and selection of toppings on the side like mangos, black beans, avocado, red onions, corn, plantain chips and Honey Dijon salad dressing. Photo by Keziah Tutu

Can a simple salad transform the eating habits of the unhealthiest county in New York State?

That’s the goal of the Bronx Salad, a dish created by a group of nonprofits to convince South Bronx residents to make healthy food choices. The South Bronx has been dubbed a “food desert,” and three groups are attempting to change that stereotype, but face a battle when even well-laid plans collide with real life.

Take Zoesha Rosa, a 24-year-old South Bronx native, who juggles being a full-time student at Lehman College and two part-time jobs. Finding the time to plan, shop and cook is one challenge. Another, is the savory foods she grew up eating as a Dominican, which her mom, who she lives with, loves to cook.

“Rice, beans and fried foods are a part of the Latin culture,” she said. “Trying to eat healthy now, is hard because I get tired of the same things. Fish, chicken, fish, chicken that’s boring.” 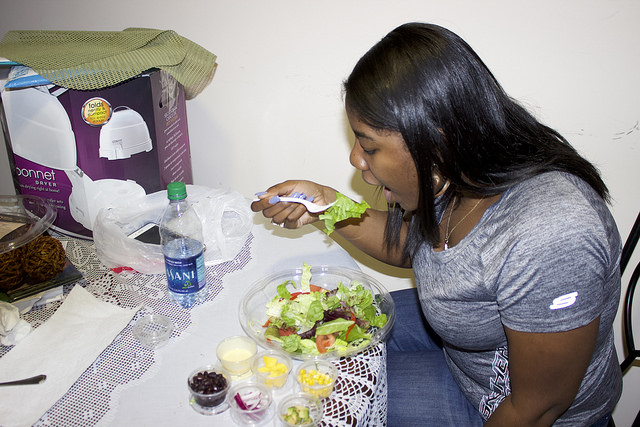 Zoesha, Rosa, 24, tries the Bronx Salad she purchased from the XM Café at the Bronx Museum. Photo by Keziah Tutu

After a long day, Rosa must resist the urge to grab a quick bite from the many fast food restaurants along her way home from the 5 train at the Third Ave-149th St. station.

Her biggest temptation so far has been the Wendy’s just two blocks from her building.

“There is a McDonalds, Burger King or Pizzeria on almost every corner but looking for a salad bar is like playing a game of Where’s Waldo,” said Rosa. “After a while it becomes exhausting so you give up.”

For the first time, Rosa recently tried the “Bronx salad” with a variety of baby greens, kale, red peppers, tomatoes and a selection of toppings like mangos, black beans, avocado, red onions, corn, plantain chips and Honey Dijon salad dressing on the side.

“This right here is good but it could use some grilled chicken,” she said as she plated a second helping of the salad she bought from the XM Café at the Bronx Museum.

The Museum is one of a list of 20 locations that offer the salad on their menu including the Bronx Tavern, Fine Fare Supermarket on 459 east 149th St., Mottley Kitchen, on 402 east 149th St. and other Bronx locations. These restaurants serve it intermittently, each with their own twist.

The salad was launched in 2016 after a Robert Wood Johnson report ranked the Bronx number 62 out of the 62 unhealthiest counties in New York State. The salad was created by the combined efforts of Bronx Health Reach, a non-profit that markets the salad, United Business Cooperative (UBC), an organization of local restaurants and SoBro (South Bronx), an economic development organization.

Henry Obispo the president of UBC and creator of the Bronx salad, says the salad is only the beginning of the borough’s healthy food transformation. This month, Obispo will be launching 20 healthy items in 20 restaurants and most will be vegan. He says the idea behind this is to create access to health.

“We’re going to have Bronx granola bars, cold press juices and more,” he said. “I want to give the Bronx things it hasn’t seen or have.”

Michael Mcnamee, the community planner and program manager at SoBro, works closely with Bronx Health Reach to conduct surveys to study the eating habits of the customers who buy the salad at participating restaurants.

The price of the salad varies. The restaurants are given some leeway so it ranges from $5 to $16 depending on the restaurant.

For many residents $16 is too expensive for a salad.

“The South Bronx has been home to poverty, food deserts, unemployment and so on,” said Brandon Diop a 23-year-old SoBro instructor who teaches middle schoolers how to grow food hydroponically.

As well as ranking as the unhealthiest borough, the South Bronx is also ranked the poorest district in the nation, with 38 percent of its residents living below the poverty line and 49 percent of children living in poverty.

While Joseph Diaz, 45, the owner of Da Boogie Down Café and carrier of the Bronx salad, features the salad on his menu for $7.50, he knows he’s facing cheaper competition.

“The only drawback is with all the McDonalds, Burger Kings and other fast food restaurants its easier and cheaper to go get something for five bucks and be full. A salad can only keep you full for how long,” he said.

Da Boogie Down Café customizes the Bronx Salad with a variety of proteins and vegetables. The salad generally sells for $7.50 or higher depending on what’s added.

“People who have tried it generally like it,” he said. “Then again, the person who’s going to order it is already a salad eater. It’s a good thing but I think it needs to be pushed a little more.” 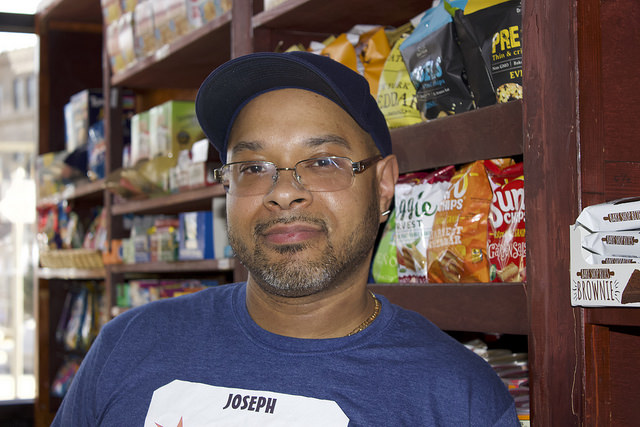 Joseph Diaz, 45, the owner of Da Boogie Down Café says he faces competition against the many fast-food restaurants in the neighborhood selling unhealthy food for less.
Photo by Keziah Tutu

The three partnering organizations hope to do just that by introducing the salad to more local food spots like bodegas that don’t typically carry many healthy options.

Once a month the salad is offered to 600 kids in the after school programs at BronxWorks Carolyn McLaughlin Community Center.

Obispo says naming the salad after the Bronx was part of a strategy to change the stigma of bad health and other negative stereotypes surrounding the borough, while also recognizing the food heritage of the almost 60 percent Latino/Hispanic population.

“The salad does represent the strong Latin culture here in the Bronx and it’s made up of ingredients most families would find in their kitchens but wouldn’t necessarily put together,” he said. “We wanted to use familiar ingredients so they [Bronxites] know this is something made for them.”