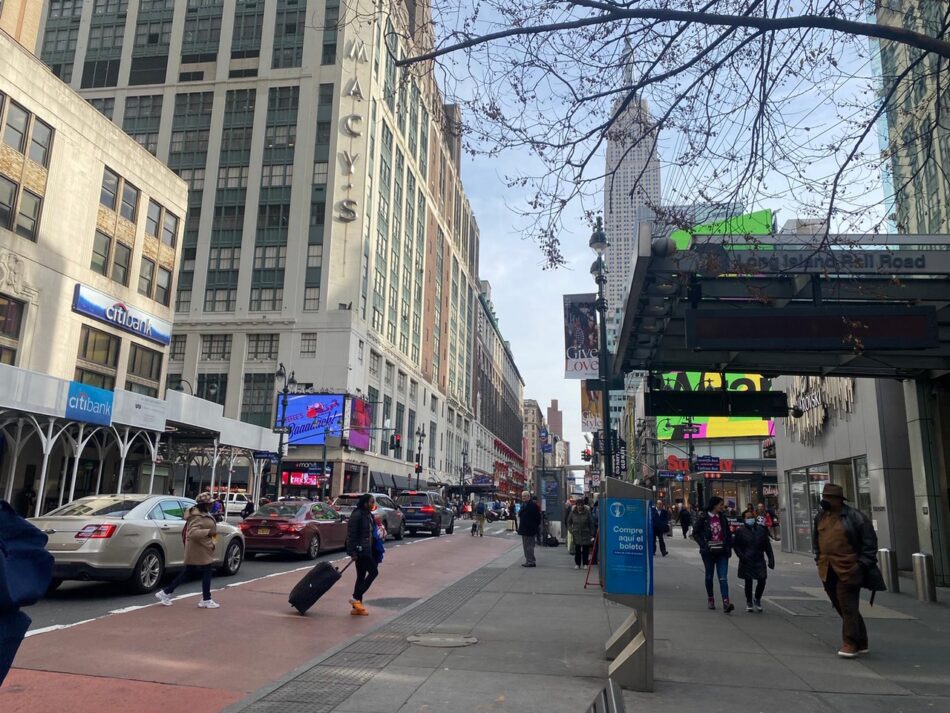 Tee Adj, a pediatric nurse practitioner, worries for her lower-income patients who may have serious health conditions and are sent to hospitals in the Midtown Manhattan area. In addition to hospital bills, she’s concerned about the congestion pricing they will be forced to pay every time they drive through the area.

The toll plan would make New York City the first city in the nation to charge drivers an extra fee for entering a heavily congested area. The state agency that runs New York City’s subways, buses and commuter rail lines plans to charge some motorists anywhere from $9 to $23 to enter Midtown. This area is home to popular buildings that gain a large number of visitors and employ a large number of workers at the Empire State Building, the Chrysler Building and Hudson Yards, among others.

New York City Comptroller Brad Lander announced the congestion pricing plan early last month with a mission to address the traffic on the city streets and the financial needs of the public transportation system.

“Congestion pricing is also necessary to support the long-term financing the MTA must have to modernize our outdated signal system, make all our subway stations accessible, and expand and improve service,” Lander said in a press release.

“We pay NYC taxes, yet would be penalized for coming to access services like hospitals in Manhattan,” Adj, a Manhattan resident said. “People in transit deserts who live in New York City deserve to be able to drive into Manhattan.”

New York City was ranked as the worst among cities in the U.S. in terms of congestion by the 2021 INRIX Global Traffic Scorecard — which doesn’t come as a surprise to many.

Many New York City residents are frustrated and the hashtags #axthecongestiontax and #nocongestionpricing have been trending on social media.

“I don’t really think anyone drives through Manhattan for fun,” said Candice Brathwaite, a 41-year-old resident from Hell’s Kitchen.

Brathwaite is a working mom of three who drives into Midtown on a weekly basis to get to her marketing job in Hudson Yards. When she first heard about the toll plan, she immediately felt stressed because of how much she relies on her car.

“I don’t have a choice,” Brathwaite said. “My spouse uses our car to drive to carpentry jobs in the film industry and I use our car for work.”

Brathwaite also said this will have a financial impact on her family. She currently pays about $450 a month to park her car and about $460 in other tolls. When the plan goes into effect and if the rate is $23, it will add an estimated $690 to her costs just for using “a car that’s already paid off.”

For some New York City drivers, the congestion plan may completely stop them from riding into the city.

“Congestion pricing will only enhance the experience of being in Midtown Manhattan,” Zak Kamin, a 33-year-old from Queens, who drives into the city one or two times a week for work, said. “The worst part of being there is the cars. They should use this opportunity to pedestrianize huge swaths of Midtown to make it a more pleasant place to be.”

If it goes through, Kamin says he would stop driving to Manhattan if he is forced to pay a congestion fee. Even though he would rather take the train than drive into the city, he still supports the toll.

Glenn Dewar, a resident from Astoria, said he is concerned that the MTA is asking for money from people who technically aren’t using the MTA’s services, including the city’s subway, buses and commuter rails. He believes the true goal of the fee is to raise money instead of cutting congestion.

“They want to raise the revenue on the backs of a few people,” Dewar said. “The real solution is to spread the tax over all people who come into NYC.”

Lawrence Wirth, a resident of New York City, also agrees and believes residents of Midtown, Manhattan are generally not causing the congestion and should be exempt from the toll since they live within the tolling zone.

Those who are retired and living within the zone are also nervous about the tolls they will have to pay to run simple errands.

“When I simply want to return home I will be charged a toll, while other NYC citizens can choose to avoid the zone, but I live here,” said Bert Hirsch, a retired federal employee living in Midtown, uses his car to visit and help and take care of his grandchildren. “If the tolls go into effect, it will greatly increase my living costs.”

While many residents oppose the plan, the Regional Plan Association (RPA) — a not-for-profit organization that focuses on recommendations to improve the economic health, environmental resiliency and quality of life in the New York metropolitan area — is in full support of congestion pricing.

According to RPA communications director Brian Fritsch, the RPA first recommended the idea of a congestion toll back in 1996 to make the city region more economically competitive and has continued to bring up the issue since then.

“For decades, RPA has strongly supported congestion pricing because it is a centerpiece of a set of policies that will lead to a greener, more equitable region,” Kate Slevin, the executive vice president of the RPA said in a press release.

In developing the plan, the MTA has considered various exceptions to the tolling program including exempting Manhattan residents, emergency vehicles, cars that travel specifically on the Franklin Delano Roosevelt Drive or West Side Highway but do not exit onto city streets and residents who live in the tolling zone that earn less than $60,000.

Although the public hasn’t responded well to the idea that they will have to pay a toll and believe the exemptions aren’t enough, experts believe the earnings from the toll plan are necessary and will greatly improve the public transportation system.

“Bringing our public transportation up to a world-class standard and building some additional capacity in places where it’s necessary will be extremely helpful for making New York City on par with other world cities that have continued to invest in mass transit over the last couple of generations,” Fritsch said.

According to the RPA, the tolls collected are expected to raise about $15 billion dollars for MTA in revenue, which will fully go towards paying for improvements including subway upgrades, accessibility improvements, electric buses and new train cars.

Additionally, an environmental review of congestion pricing in the city revealed that higher toll prices would result in steeper declines in traffic. The review also found that the air quality would improve overall and save the area from pollution with greater beneficial effects within and closer to the area.

“We must get congestion pricing done so we can invest in public transit, curb emissions, and reduce traffic, which has roared back to pre-COVID levels,” New York City Department of Transportation Commissioner Ydanis Rodriguez said in a press release.

There have also been public hearings in which experts, politicians, business owners and residents have been speaking out regarding the congestion pricing plan.

Many expressed concerns for those from other boroughs who may not have easy access to the subway system and can’t avoid driving into the city including Queens and the Bronx. However, according to the MTA’s Central Business District Tolling Program Fact Sheet, the tolling program is necessary because it is expected to expand “access for low-income residents and visitors by improving travel options.”

The MTA’s environmental assessment also revealed that drivers who are trying to avoid the tolls would then contribute to traffic and pollution in areas like the Bronx, which is already heavily congested and polluted. It is also predominantly lower-income and made up of people of color — which raises a concern about racial equity as well.

To combat this, the RPA is urging Governor Kathy Hochul, the MTA and city leaders to “develop a comprehensive approach to address localized impacts” that will prioritize the health of communities like the Bronx.

Although there has been a large amount of pushback, the city still seems to be moving forward with the plan.

As one of the busiest areas of New York City is set to see change, many residents are thinking about what Midtown Manhattan will look like in 20 years and whether it will be an area in which they truly want to live or work in.