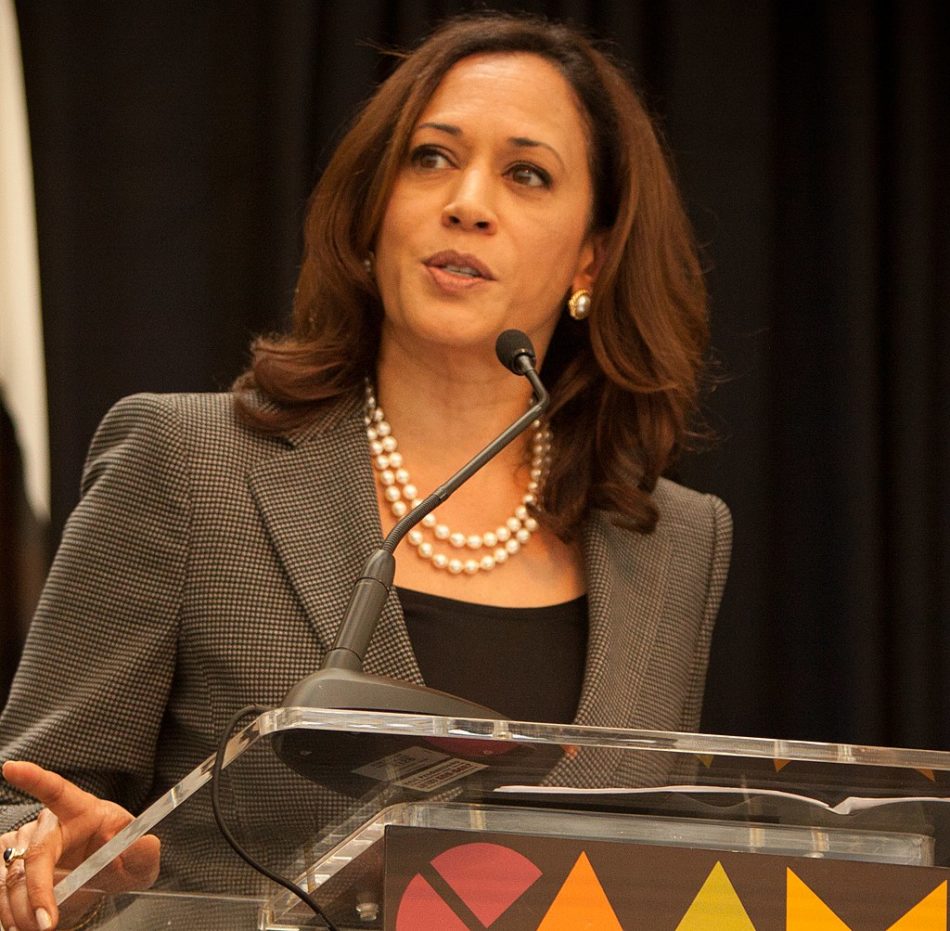 Kamala Harris is the second African American woman and first Asian American to run for president.

Since announcing her plan to run for president in 2020, Kamala Harris has gained nationwide attention, particularly among black women voters.

“As a black women, and also as a biracial black women, looking at her there is so much that I identify with,” said Natalie Johnson, an associate producer at MSNBC who has long been following Harris’s journey. “I think she could really shake things up, and she is just a strong candidate.”

As a group, black women voters are widely predicted to be the most targeted demographic for Democratic hopefuls in the 2020 elections. As a black woman herself, and a member of Alpha Kappa Alpha sorority, which the oldest black sorority in America, Harris would appear to have a unique edge over other candidates. Yet, black women as a group are far from monolithic and have a diverse range of political opinions and priorities.

“As a black female, I am extremely proud that we are in a place and time in our country, and in a moment where a woman of color is able to say I am going to run for the President of the United States,” said Monica Johnson,  an Atlanta writer and founder of Maj Experts. “But we’re not a monolithic group, and so you have people saying ‘I’m not voting for her just because she’s black.’”

Despite this, many black women have been celebrating Harris’s announcement of candidacy—including those who are still deciding who to vote for.

“I won’t say I’m going to vote XYZ, because it’s too early and I don’t know who all my choices will be,” said Monica Johnson. “But it doesn’t take away from how important, historically, this moment is for women and women of color.”

“Can you imagine if she was president, and a whole generation of younger black girls in this country only knew that the president of the United States was another black woman, or another woman of color?” said Natalie Johnson. “What a different world that would be to live in.”

One group that has been particularly vocal about their support for Harris has been her Alpha Kappa Alpha sorority sisters, who have continued to show their support on Twitter and other social media platforms. NAACP Vice President Jacqueline Labayne not only shares Harris’s home state of California, but is also in the Alpha Kappa Alpha sorority. For her, Harris was not only an idol while growing up, but was also one of her inspirations for joining the sorority.

“There has definitely been celebration [within Alpha Kappa Alpha],” said Labayne. “I think everyone is really excited, and social media has been going crazy. I’m proud to be a part of such an amazing organization, to where we have a hopeful presidential nominee.”

Despite vocal support from many, Harris faces a tough road ahead. In an opinion piece for the Guardian, criminal justice professor Shanita Hubbard expressed skepticism about Harris, and urged readers not to assume that Harris will automatically have the support of black women. Like many others, Hubbard voiced concerns over Harris’s history as a criminal prosecutor, and questioned how her work may have contributed to the systematic harm against the black community.

“You might have some early momentum, but it does not mean that anyone is a shoe in.” said Dr. Sharon D. Allison-Ottey of Maryland, who is happy about Harris’s initial announcement but waiting to consider all of the candidates before making a final decision. “It is not a given because she is an African American female, that all African Americans should vote for her.

However, there is one major factor in the 2020 election that has proven to be particularly unifying for the black community: Trump. According to a poll conducted by the Associated Press-NORC Center for Public Affairs Research, 92% of African Americans disapprove of the current president. In a time when the midterm elections saw the most diverse results ever, and with women like Alexandria Ocasio-Cortez winning upset victories, this could be Harris’s chance to make history.