Legal weed in New York could be a downer for some 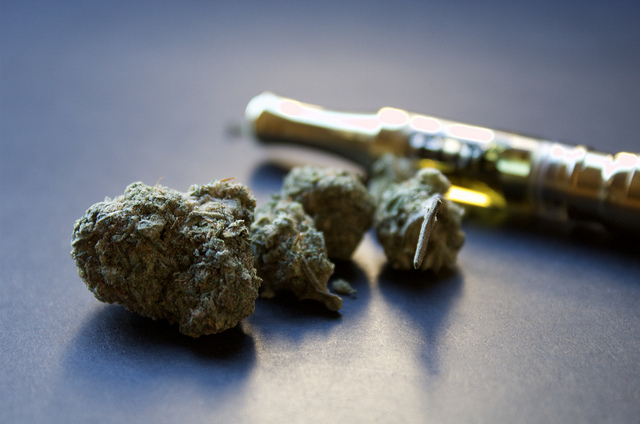 Products like weed and cannabis oil, pictured, are just some of the ones available for purchase through New York’s black market dealers. Photo by Zachary Devita.

New York state is on the cusp of legalizing marijuana. While there are promises of billions of tax revenue for the state, many advocates are still weary of the proposed legislation.

Nancy Udell, a director of the advocacy group NORML, which fights to end the prohibition of cannabis in the United States, is pleased to see the push for legalization in the state of New York, but believes Governor Andrew Cuomo was swayed by the dollar signs.

“He maintained it was quote ‘a gateway drug’ until about a year and half ago,” Udell said. “I think the fact that Massachusetts, Maine, and D.C….all legalized, the governor saw that and realized that New York was going to lose out on tax revenue.”

It’s not just recreation and state tax revenue that would benefit from legalizing the substance. NORML and Udell are looking forward to the possible revenue in local communities that could be generated if legalization occurs, following in the footsteps of a state like Colorado.

According to the Colorado Government, recreational marijuana sales have had a steady increase since legalization in 2014, with total cannabis sales (including medical and recreational) equaling almost $1.4 billion as of November 2018.

Yet, legalization could spell trouble for black market dealers. One of those dealers, who wished to remain anonymous, understands that making cannabis legal may only increase their competition.

“It would mean less demand because there would be more supply,” they said. “I mean the biggest negative is more dealers and dispensaries opening, because people will be less on the fence for selling and buying knowing they won’t be punished for it.”

However the dealer understands that legalization is an important step for New York as it has gained momentum and acceptance. A recent Quinnipiac poll showed that 65 percent of New Yorkers voted in support of marijuana being legal, with 59 percent supporting the sale of legal marijuana in their community.

“Legalization would mean we are adapting to the times and opening up the floodgates of a billion dollar industry in a city,” the dealer said.

If legalized, the dealer said they would try and adapt to the change, and even pursue opening their own dispensary, with a variety of new cannabis products opening the door to a profitable and legal business.

“You’d be going from selling straight flower to a product like bath bombs with THC in them,” the dealer said. “It’s crazy!”

Although Udell and supporters of legalizing marijuana are pleased that legalization may finally have it’s moment in the state of New York, they’re also aware of the social equity issues that come with the legislation.

“What I mean [by social equity] is any taxes collected through marijuana sells or any related products, should be directed toward communities who have suffered in the war against cannabis,” Udell said. “And those communities are mostly minority communities.”

While the legislation proposed in New York mentions social equity, Udell says there is little substance behind the words.

“There’s no meat to those bones,” she said. “The legislation will appoint a commissioner who will make the final decision when it comes to social equity.”

“But that’s not what we want, we want it in the law that certain percentage of the revenue made from marijuana would go to these communities,” Udell said.

Udell and NORML continue to push for a proposal that includes social equity. The momentum is on the side of legalization, but the details of Cuomo’s proposed bill are still a concern for legalization advocates.

“What the governor proposed, some things we like but a lot of things we hate,” she said. “I mean that’s the most complicated part of this, you know, how to structure it so you can help these emerging businesses. I think there are a lot of good proposals people have put forward, but certainly you need to do this properly.”