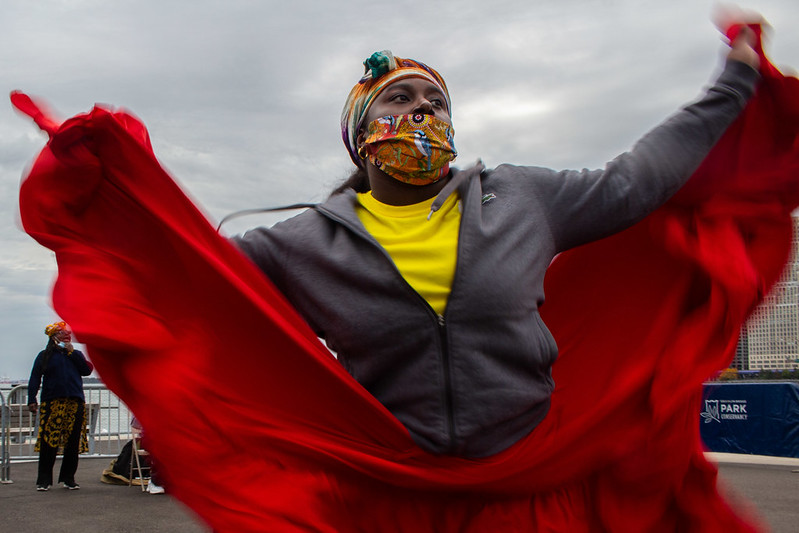 In 2016 Liethis Hechavarria’s mother was diagnosed with breast cancer. “She took it like it was nothing,” Hechavarria remembers, but watching her mother go through an arduous treatment changed the way she looked at the world. Her whole life, she’d worked toward a career as a dancer, but now dancing wasn’t enough; she wanted to be a healer too.

Using the Yoruba religious traditions of her native Cuba as building blocks, she created a class called Orisha Femininity Flow. “It’s for anyone who feels like a woman,” she says. “I want women to know they can be powerful, to learn to live with the suffering, because it will always be there.”

In Yoruba legend, the Orisha are forces of nature in spirit form, sent by the supreme being Oludomare to guide humanity. The women in Hechavarria’s class learn to channel their inner Orisha, to connect with them through movement and laughter.

Hechavarria immigrated to New York with her mother, Danis “La Mora” Pérez, when she was 13. Pérez, a world-renowned dancer, started the Oyu Oro Afro-Cuban Experimental Dance Ensemble shortly after arriving in the U.S. For the past 15 years, the company has educated New Yorkers on the evolution of African dance culture in the west and dazzled them with lively, colorful performances.

This year should have been a year of celebration for Hechevarria and her family. Pérez had survived cancer. The company was turning 15. Hechavarria’s classes were growing, and she was going back to school to finish her Dance Performance degree. But COVID came, and dance performance went the way of live music, theater and drinking at bars. Shows were cancelled, studios shuttered, human contact prohibited. No stranger to the forces of nature, Hechavarria adapted. 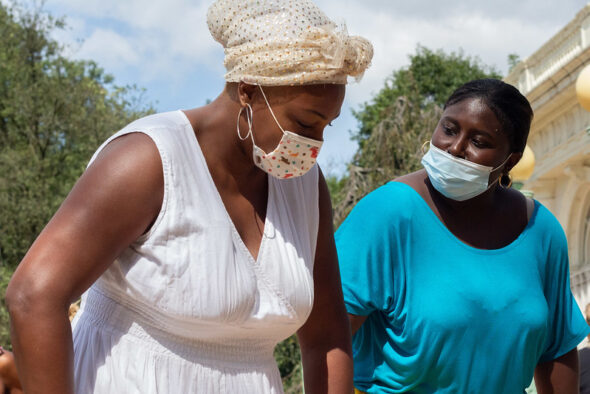 Hechavarria coaches a student one-on-one during her Orisha Femininity Flow class at the Prospect Park Boathouse. Photo by Raphael Helfand 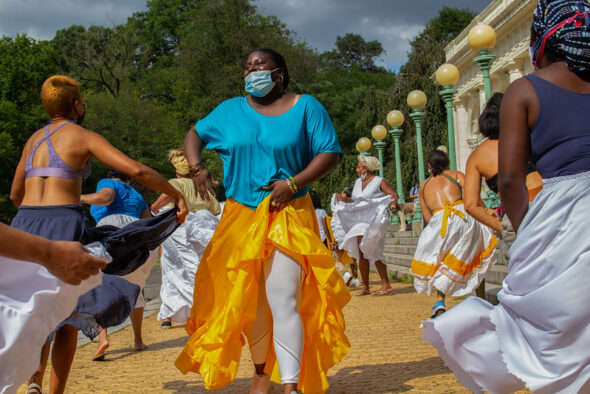 Hechavarria observes her Orisha Femininity Flow students as they channel the forces of nature through dance. Photo by Raphael Helfand 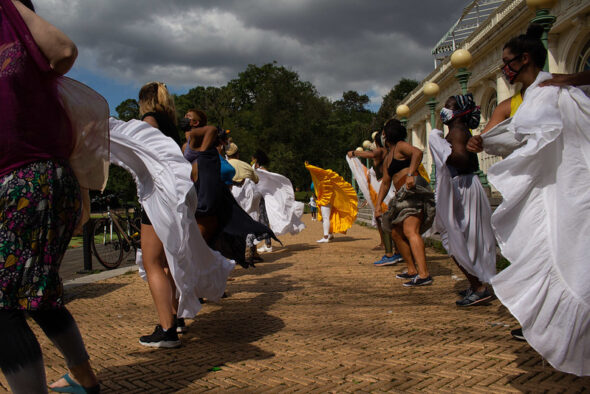 “Your skirt is you movement,” Hechavarria tells her students. “It’s part of you.” Photo by Raphael Helfand 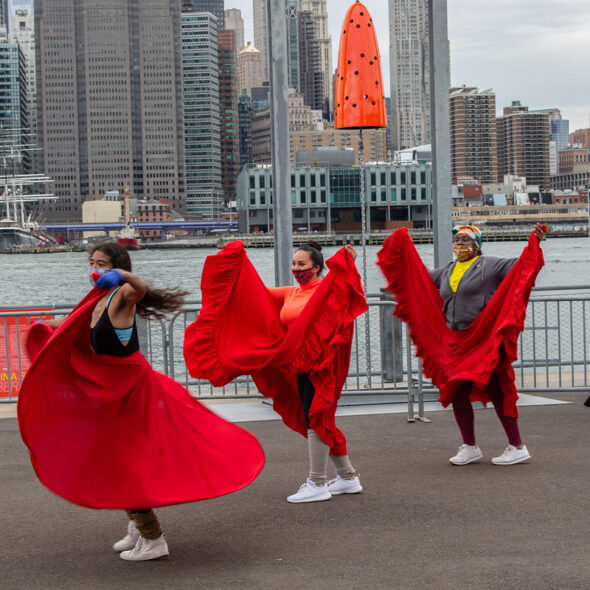 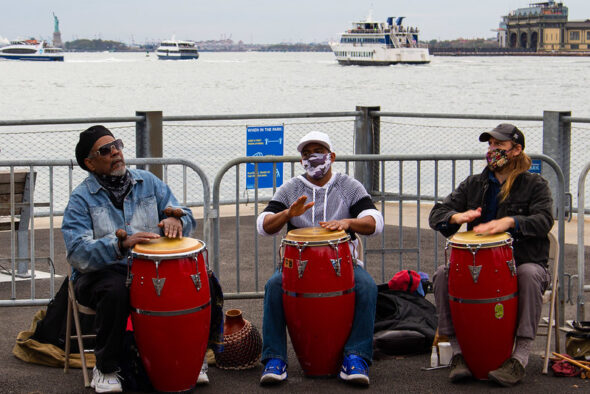 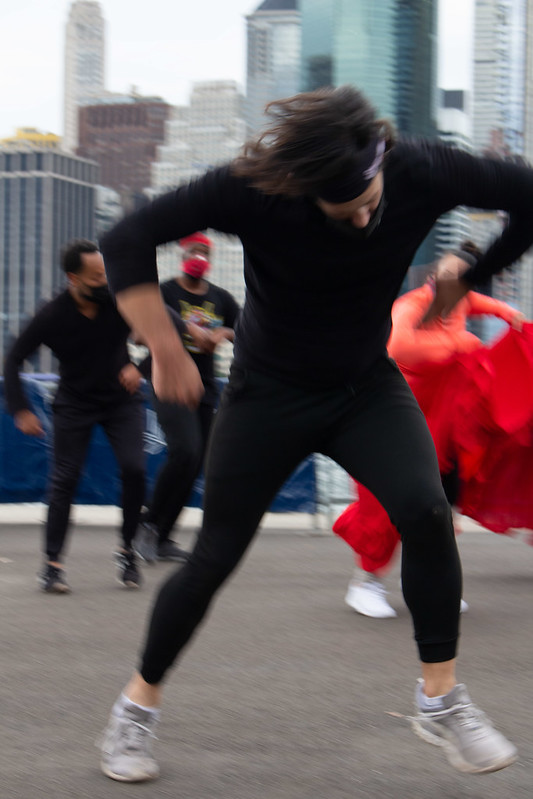 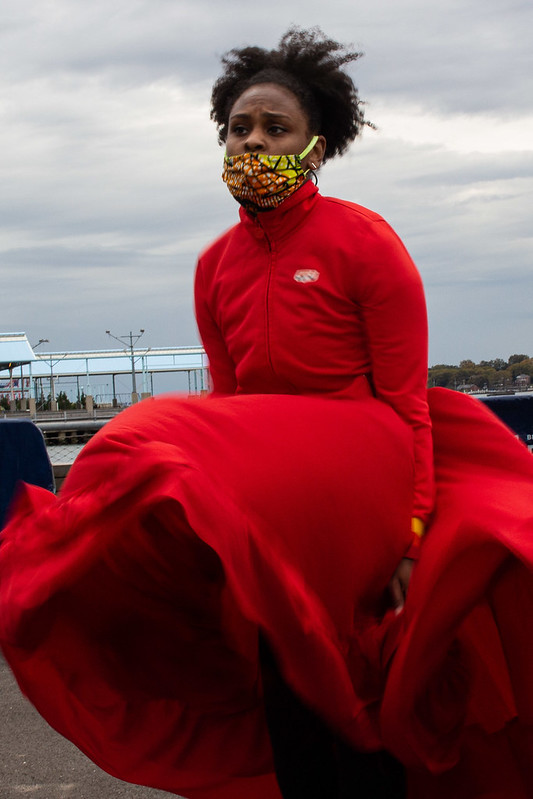 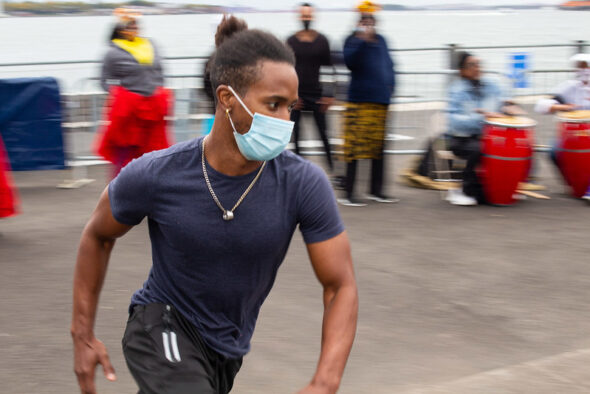 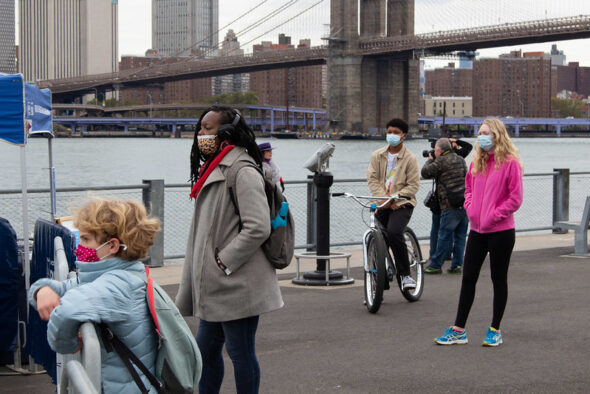 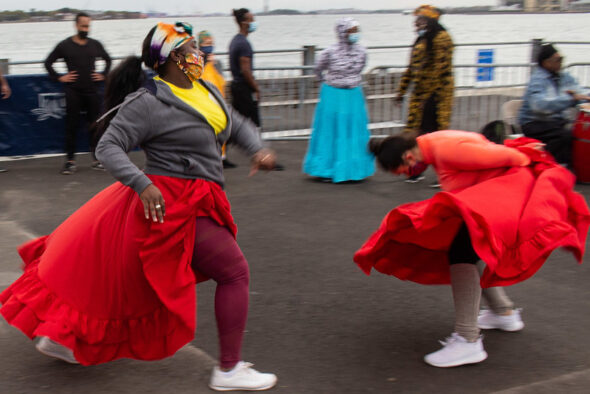 Hechavarria and Isabel Estrada Jamison trade contactless blows near the end of the anniversary performance. Photo by Raphael Helfand 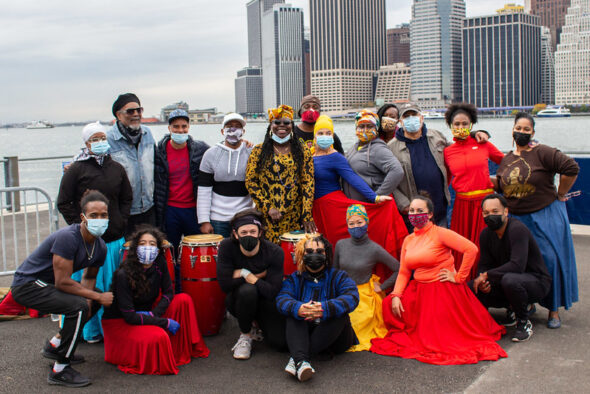 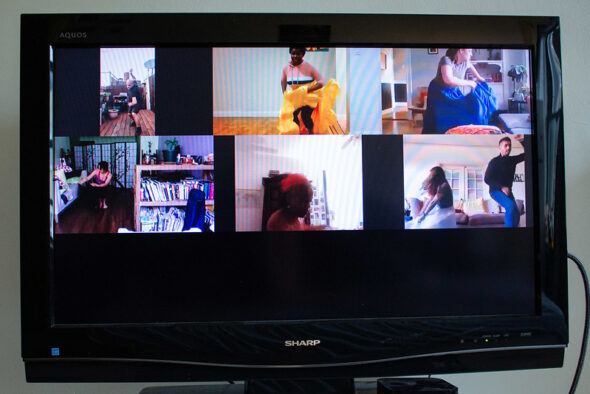 In November, as COVID cases start to spike again, Hechavarria takes her teaching online. Here, she walks her weekly Cuban rumba class through some skirt-work. Photo by Raphael Helfand