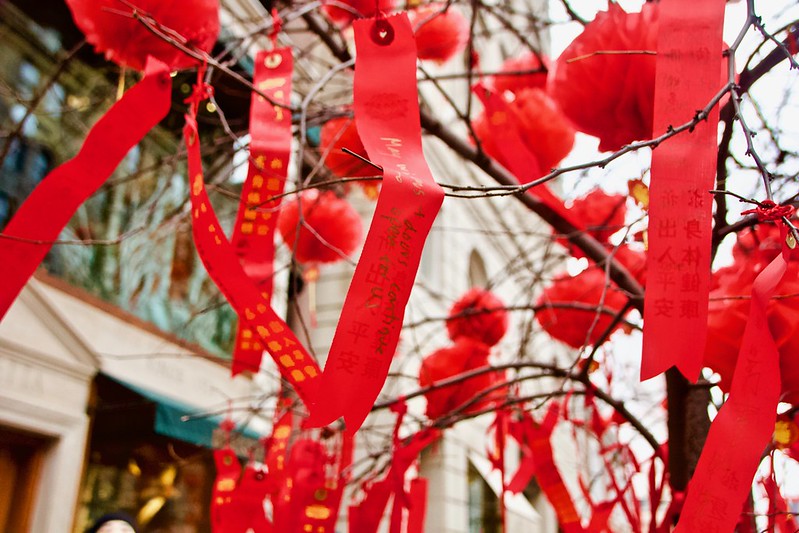 “Health, happiness and peace,” David Reid from Manhattan wrote down his New Year wish on a red ribbon and carefully placed it on a branch of the Madison Avenue Wishing Tree.

Since ancient times for Asian culture, hanging wishes on trees for the New Year is believed to bring luck and good fortune, and encourage dreams to come true.

“This is my first time being part of this ancient tradition,” Reid said. “It’s very exciting because this creates joy and good cheer for the beginning of the year and brings people together.”

Upon placing a red ribbon on the tree, each guest also received red envelope gifts by presenting the event passport to any five participating local retailers along the district. 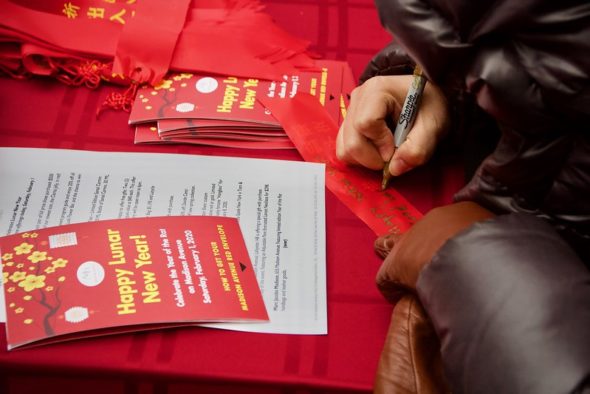 People writing down their wishes on a red ribbon before hanging them on the wishing tree. Photo by Shiyu Xu.

“It is great to see how some of my favorite stores also came along to celebrate this cultural event,” Alexa Alvarez from Brooklyn said. “This opens my eyes to a lot of new traditions and this is what’s so great about the city. You get to experience them all.”

“It’s such a simple thing, just ribbons and those branches,” Bauer said. “But it makes a difference by making people who walk down the street stop. And for a street association, when we are in a world of brick and mortar being challenged, to see people stop, and feel like they’ve done something special, that means a lot.”

According to the Asian American Federation, New York City’s Chinese population is the largest Asian ethnic group and the city is home to 82 percent of New York State’s Chinese residents.

For each Lunar New Year, the city is filled with celebrations not only for the westerns that are not familiar with the traditions, but also for those who can’t make it home for these special days. 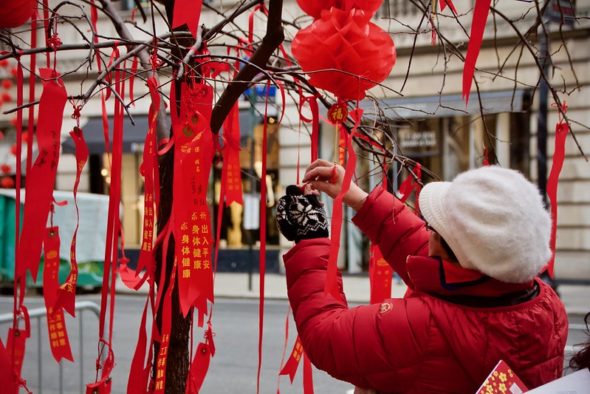 Ping Cheng from China hanging up her wish onto a branch of the wishing tree on Madison Avenue. Photo by Shiyu Xu.

“I do this every year with my parents in the temple to make new year wishes,” Ping Cheng from China said. “I’m so happy that I get to do this even when I’m not at home. Especially right now with everything that’s happening, it’s important to have some unifying love and hope in the air.”