Many Ukrainian refugees live in US “legal limbo 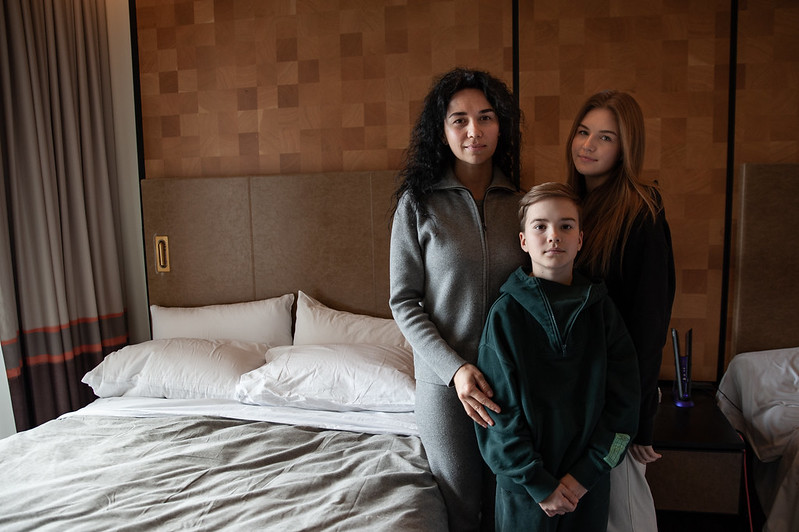 (from left) Anna, Zakhar and Zlata Kuzmych in their bedroom in a hotel in Jersey City, where they’re staying for one month after they fled the war in Ukraine. March 28, 2022. Photo by Nikol Mudrová

Anna Kuzmych fled Kyiv with her two kids Zlata, 16, and Zakhar, 10, while her husband remained to defend their country. They traveled through Western Ukraine, Hungary, and Italy and ended up in the United States.

With only a few personal belongings, including Zakhar’s ukulele, the family arrived in Jersey City on March 15, after Homeland Security’s (DHS) March 1 deadline for granting Temporary Protection Status (TPS) for 18 months to Ukrainians who escaped war.

Like many Ukrainian families that don’t have permanent residency or green cards in the U.S.,  the Kuzmychs are in legal limbo, which means they are staying here with just tourist visas.  They are not eligible for work and their children cannot attend school.

“They are not even refugees,” said Oksana Yaremchuk, the head of Ukrainian New Jersey. “But they’re already here.”

To stay permanently, Ukrainians could apply for asylum, but the system is already overstretched, even with Biden’s announcement on April 1 of the end of Title 42, the Trump-era pandemic restrictions at the US border.

So Kuzmych and her children are stuck in a hotel room in New Jersey that was provided for them free of charge for one month. Zlata and Zakhar are attending classes remotely as schools in Ukraine went online once the war started.

Kuzmych’s main jobs are to feed her children, a challenge without a kitchen, and to get them outside so they can breathe fresh air.

“Windows in our room can’t be opened,” she said.

She also needs to search for a more permanent home. They have just a few weeks before their time in the hotel room is up. But it’s a tough job to find an apartment without having a job. That’s why the organization Ukrainian New Jersey is trying to help them and other families in a similar situation with funding and the search for permanent housing.

“It’s ridiculous,” she said as people are still leaving the Ukraine and are even walking to the border to escape the war.

Even though that wasn’t the Kuzmych family’s case, as they left Kyiv in a car, they still traveled for 20 hours just to get to safer Western Ukraine.

Consultations about options for Ukrainian citizens to stay in the U.S. are ongoing and expected to bring more developments.

Oleksii Holubov, the Consul General of Ukraine in New York, said he is unsure whether the US will push the TPS deadline or even whether it’s going to be extended after 18 months if needed.

“I’m not Nostradamus,” he said. “I can’t predict the future.”

In Manhattan’s Ukrainian Village, Saint George Academy’s principal Andrew Stasiw didn’t want to wait for what politicians and diplomats will agree on, so he’d already provided eight students from Ukraine places at his private school at no cost and is open to accept even more of them. Some don’t have permanent residency or green cards, only travel visas. 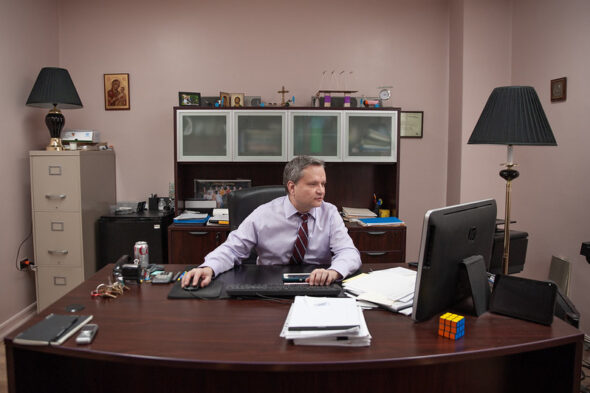 “I don’t know if they’ll be allowed to stay to study here later. For right now, they need a sense of normalcy,” Stasiw said.

He said that these kids are traumatized. They escaped bombs and don’t know if they’ll ever see their relatives again. But sometimes, when they participate in classes, they forget, and that’s when Stasiw sees them smile. 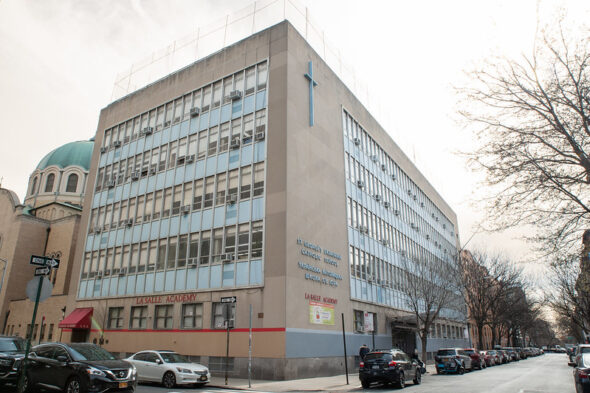 Yaremchuk said there is an urgent need to get these children in schools.

“After they arrive in America, Ukrainian mothers worry the most about what would their children do,” she said.

Stasiw understands that it is illegal for someone on a travel visa to be accepted to the U.S. school.

“It’s not like I’m going to give them transcripts for the full year. Essentially, they’re auditioning classes,” he said. “We’ll figure out the legal status when the time comes. Some of them might return to their country anyway.”