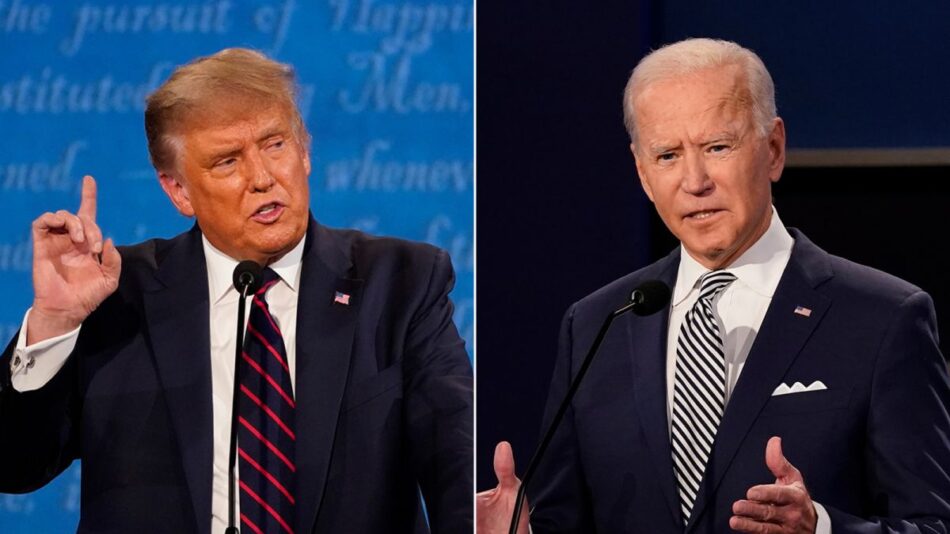 The first presidential debate between President Donald Trump and Joe Biden was a slug fest. Photo courtesy of CNN

The first presidential debate last night, marked by a clash of personalities and a heated exchange of verbal blows, consisted of differing views on policies, effective governance, and leadership.

The 90-minute debate, now dubbed by millions of news consumers across the nation as the worst of its kind in American history, is receiving unprecedented press coverage for unprecedented reasons, but the question of whether the outcome of the debate swayed voters across the country remains.

Residents of Michigan, a major swing state, had a few thoughts on the debate, the candidates and the upcoming election.

Butch Johnson, a mechanic shop owner in Grand Rapids, Michigan and a Trump supporter said that he was not swayed by the outcome of the debate. He maintained that he would still vote for Trump, his candidate of choice.

“I would choose Trump for sure,” said Johnson. “You always go with the current president. They usually know what’s best.”

Although Trump may have a solid Republican following, election results are often unpredictable and even the strongest Trump supporters know that.

According to a recent poll carried out by the Morning Consult,  voters beleive that Biden performed  better than Trump, by 50% to 34%.

Biden supporters in Michigan took to Twitter to denounce Trump and highlight problematic aspects of his behavior during the debate.

Nothing has changed. We still have over 207,000 people dead of coronavirus. We still have a president that locks children in cages, guilty of tax evasion. One that called our military “losers and Suckers. The same President that told Proud Boys, a hate group to “Stand By”.

The debate, which initially began with subtle passive aggressive comments, swiftly devolved into direct insults and personal attacks, with Trump interrupting Biden at least 128 times. This was much more than he interrupted Hilary Clinton in the first  2016 debate.

“It would be hard not to interrupt someone when they are saying negative things about you,” said Johnson. “If you know the truth, you’ll try to defend yourself.”

According to fact-checkers at news outlets, Trump was caught in numerous peppered lies during the raucous debate.

Despite the chaos of the debate, Michiganders seemed to concede, based on recent post-debate poll reports, carried out by Public Policy Polling, that Biden had a lead over Trump.

In recent politically polarized times, when members of the left and the right don’t seem to agree on anything, just about anyone who rendered their opinion agreed that the debate was an unparalleled disaster.

Mike Hanrahan, a Michigan resident said he was disappointed that there were not more questions or answers directed at policy.

“Although I understand the moderator’s questions and the need to ask specific questions about our current environment, it would have helped to hear responses directed at where our country is headed over the next four years and how the respective candidates would use their policies to guide our nation,” said Hanrahan.

Chris Wallace of Fox News , the debate moderator, failed at attempts to maintain the decorum of the debate. Trump continued to interrupt both he and Biden multiple times, and then made  snide remarks under his breath.

Biden’s acrid dislike for Trump came to a heightened climax when he made the now famous “Will you shut up, man?” demand of Trump.

“I think it was just disrespectful,” said Johnson. “I don’t think it was appropriate. That’s not how you treat the president of the United States.”

Although some Michiganders were unimpressed with Biden’s remark, he received support from others.

While Trump made last night’s debate about himself, @JoeBiden looked directly in the camera and spoke to the American people.

It’s made a difference with Michigan voters like Katey Morse, who regrets voting for Trump in 2016. https://t.co/hrc82dgIgr

Biden is set to visit Grand Rapids, Michigan on October 2. His strategy, which is to win over Republican heavy areas for the election, could significantly influence the outcome of his voter results.