Millenials (Not) Gone Wild: Despite reports, many millenials are being responsible 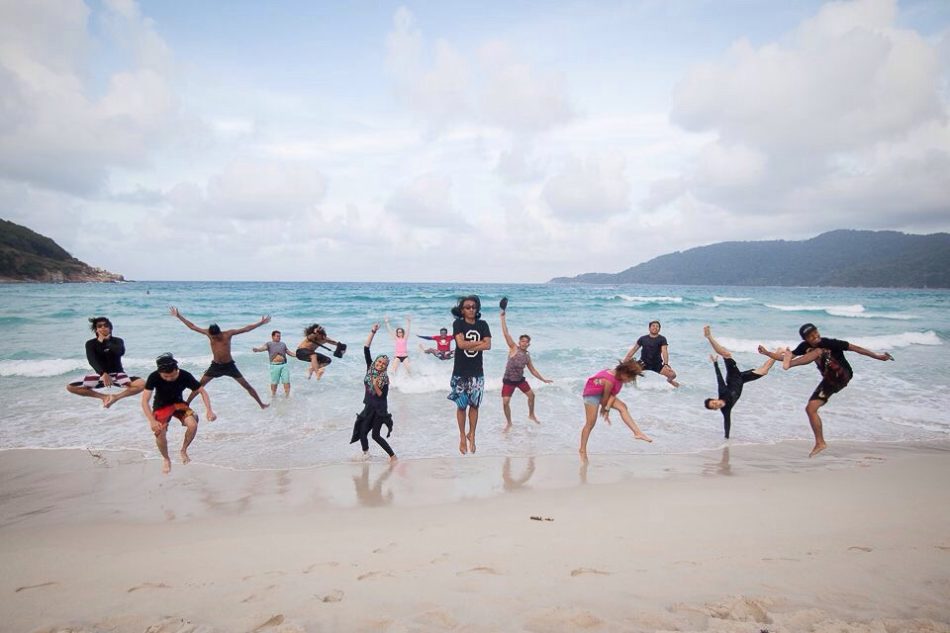 Millennials have fun on the beach. Photo by @Fadzli_Ibrahim via Twenty20

Three weeks ago, whether it was in preparation for a spring break trip, or planning months in advance for a summer getaway,  this was the attitude of many wanderlust filled millennials, as they booked flights for record low prices to enticing destinations like Las Vegas and Miami.

Despite the World Health Organization declaring the coronavirus outbreak a pandemic in the U.S on March 11, and pleas from the CDC and White House directly aimed at them to quarantine, or to practice social distancing, many pressed toward their departure gate.  However, not every millennial ignored the coronavirus threat.

T’Klah Fields, 23, a Houston native now living in Brooklyn, admits she initially didn’t take the idea of quarantining seriously, but when she saw the numbers of cases rising, she quickly changed her mind.

“Once the quarantine took full effect, I began to count my blessings and I continuously send prayers up for all affected and prayers to shield myself and my loved ones,” Fields said.

In New York, while young people account for a small number of deaths and hospitalizations, 40 percent of New York’s 44,915 confirmed cases are people aged 18-44. Governor Cuomo issued a stern warning to millennials about their reckless behavior reminding them of their vulnerability.

For Fields, who works as a corporate fashion buyer, the first week of the quarantine was very hard as she dealt with drastic job changes, switching from  a hands-on and face-to-face client environment, to having days filled with conference calls, virtual training classes, and reviewing job materials online.

“I have created a new routine of 80% of my life being digital of some kind,” Fields said. “Initially, I found myself staring at screens all day – laptop screens, tv screens, phone screens, etc. To take myself [out from] the virtual haze, I take daily walks, as spring days are upon us.”

With the second week of quarantining approaching, Fields is adjusting and is using the time she is spending indoors being productive, working on her personal brand and blog. Despite the occasional yearning to go to brunch with friends, Fields has found happiness in the increasingly popular trend of virtual happy hours with friends and family via apps like Skype and Zoom, trying out new recipes, and watching movies that remind her of her childhood.

“That has really lifted my spirits,” Fields said.

She also feels like her time spent indoors has made her grateful for her loved ones around her. Fields lives with an older relative who has not been able to step outside since the quarantine began. She helps get groceries, medicine, and other essentials as needed.

She believes that seeing the changing demographic of who is falling ill is what will get millennials to start taking matters more seriously.

Janay Tyson, 22, who also lives in New York, said millennials are lacking a sense of urgency in the pandemic. Tyson chose to leave the city to  be with family in North Carolina, and has been in quarantine for 10 days. She would advise that the sooner that people start social distancing, the sooner there will be a chance that things clear up. Until then, she will not be returning to New York.

“I will be enjoying my time getting better sleep, doing DIY crafts, and having game nights with family,” Tyson said.

For others, volunteering their time to help others has been an effective way to get through their day-to-day lives during the  pandemic.

Last week, Gabriele Kriaucionyte, 24, a Master’s of Psychology student at NYU, decided to get involved with NYC #StudentsAgainstCorona, after crossing paths with an elderly man who was having difficulties walking.

“It felt very wrong to be on the side that is perfectly capable of helping, but not doing so,” Kriaucionyte said.  “I saw my friend starting this community and I had to question, ‘why not me? I believe that kindness reciprocates, and I feel more sense of community today more than ever.”

The student-led volunteer group helps elderly and immunocompromised people with everyday tasks.  It was started at University of Oxford in England and spread to 24 cities throughout the world in 12 days. New York’s chapter has 220 volunteers so far.

“I feel like being a socially responsible millennial will shape our future and our children,” Kriaucionyte said. “A very easy way to become conscious about this issue is to ask questions to yourself such as: what if it were my family? What if I was older or had health conditions and it were me? By helping, we set standards for ourselves and for future generations, and we create a sense of welcoming and loving community. It is just ‘human’ to give a hand to those who need it.”

Although millennials have not been the only group called out for not following social distancing protocol, state officials and healthcare professionals across the country have found themselves the most frustrated with millennials. They attribute their nonchalance to early reports from China that suggested that a young person would have a high rate of recovery if they were to contract the virus.

“I believe the media portrayed the true facts that older people with comorbidities (the  presence of two chronic diseases or conditions in a patient) are at much higher risk for more significant disease if affected by the novel coronavirus,” Dr. Vanessa Stoloff, Senior Medical Director at UPenn Student Health Center said.

The media correctly said older people are at a higher risk of getting very sick and dying of the virus, but that does not mean millennials have zero risk.

“Younger people may have thought this meant they have a lower chance of being infected, which absolutely may have contributed to the current attitude of young people acting ‘invincible’. However, working with students of these generations daily, they typically feel “invincible,” despite the overwhelming amounts of education one might give them. That I can’t explain, ” she said.

Internationally, the need to self quarantine is strongly enforced, and disregard for government orders comes with consequences.

“We have to text a government number stating the reason we’re leaving the house, and wait for approval. Alternatively, you can write out your own form and carry it with your ID,” says Georgia Bruno-Skipp, 25, who is originally from London, but now resides in Paphos, Cyprus with her husband.

Cyprus, which has a population of 1.21 million, has reported 162 cases of infection and 5 deaths as of this week.

“If it’s not a valid reason or necessity for leaving the house, they are fining people 150 euros (equivalent to $167.53),” Bruno-Skipp said.

Bruno-Skipp said she and her husband are trying to make the best of the situation despite a two week quarantine turned complete country lockdown.  She also lost her job as a baker. Her father, who works as a cruise ship musician, is also spending time with the couple, as he is stuck in Cyprus after multiple cancelled gigs.

“The best part of the quarantine is getting time to spend with my dad and our  animals,” Bruno-Skipp said.

She said the government is doing a good job trying to curb the virus.

“There’s not much to say other than take it seriously or the long term will be a lot worse than what they’re asking us to do now,” Bruno Skipp said. “I think that until someone they know gets it, they will carry on the way that they are.”