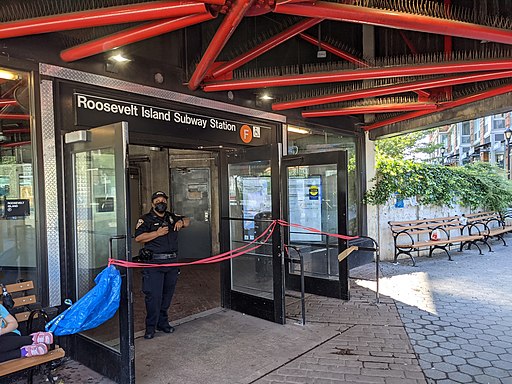 Bay Ridge Brooklyn resident Louis Santiago left work at 12 a.m. on Sept. 2 expecting to go home and get some rest after his shift at Peak Hudson Yards.

Instead, he and his coworkers were stranded due to mass flooding from Hurricane Ida.

“Our job had no choice but to book a block of hotel rooms for all of us who got stuck because we had no way to get home,” Santiago said. “There were no taxis [or] Uber. Everything shut down.”

The Metropolitan Transportation Authority is now enacting short and long-term plans to help keep the flooding to a minimum for New York residents, given the damage after Ida.

They pumped out 75 million gallons of water after Ida, said Acting Chair and Chief Executive Officer of the MTA Janno Lieber in a recent board meeting. Costs reported to the Federal Emergency Management Agency were estimated around $75-100 million, Lieber said.

Like Santiago, Bushwick resident Alex Etling also struggled to get home during the flooding, although at first, he didn’t anticipate the severity of the damage.

“I was heading home on the L train, got off at the Jefferson stop, and heard the massive rush of water across the platform as soon as the doors opened,” Etling said. “I didn’t have a specific backup plan … The city so rarely shuts down the subway, I wasn’t expecting any major issues, though I likely should have given the severity of the storm.”

New pump trains, grouting, station ventilators, pump rooms and deep wells are some of the ways the MTA is working to reduce the flood damage, according to an MTA spokesperson. But New York residents aren’t confident anything will improve.

“I’ve told the MTA at least eight to 10 times about 36 Street’s ginormous leak like a waterfall, [and at] 86 Street, the flood waters [are] pushing the train to its side before entering the station,” Santiago said. “They never reply or just say ‘We’ll let station maintenance know’ and nothing changes.”

Over 20 subway lines were suspended due to the flood left in Ida’s wake.

A torrent of water poured into a New York subway station Wednesday night as remnants of #HurricaneIda unleashed dangerous flash floods and tornadoes across the Northeast https://t.co/fYrX9zQKqi pic.twitter.com/ekke5dbANJ

“The subway system is not a submarine,” Lieber said. “It cannot be made impervious to water. We just need to limit how quickly it can get into the system and help the city to figure out how to do more drainage at the street level.”

As more rain fell, the city’s sewers could not contain the amount of water, and thus entered the subway system as a second sewage network, the MTA spokesperson said.

“I love the subways but it’s really tough when it fails you and all they say is ‘Sorry’ and do it again,” Santiago said. “These issues are continuing to persist with no fix.”

Before a flood or severe weather, the MTA prepares by placing pumps with portable generators and making sure ventilators are covered, according to the MTA.

Additionally, the MTA has installed raised vent gratings and water flow moderators at 25 stations that have been hit consistently when storms happen. Vent cleaning has also been implemented in 40,000 locations as part of the MTA’s Subway Action Plan amounting to over $130 million.

Santiago said the flooding has gotten worse, calling it a “toxic combination” of both climate change and wear and tear of the infrastructure.

“There’s [electricity], there’s water, there’s rats, garbage,” he said. “This is dangerous … It’s beyond okay to just ignore the climate crisis and its effect on the MTA.”

“The subway system in NYC is also very old, with many systems in disrepair and maintained with very old parts,” he said. “I think after [Hurricane] Sandy, flooding in the subway is taken more seriously, but overall, I don’t think New York City is adequately prepared for the effects of climate change.”