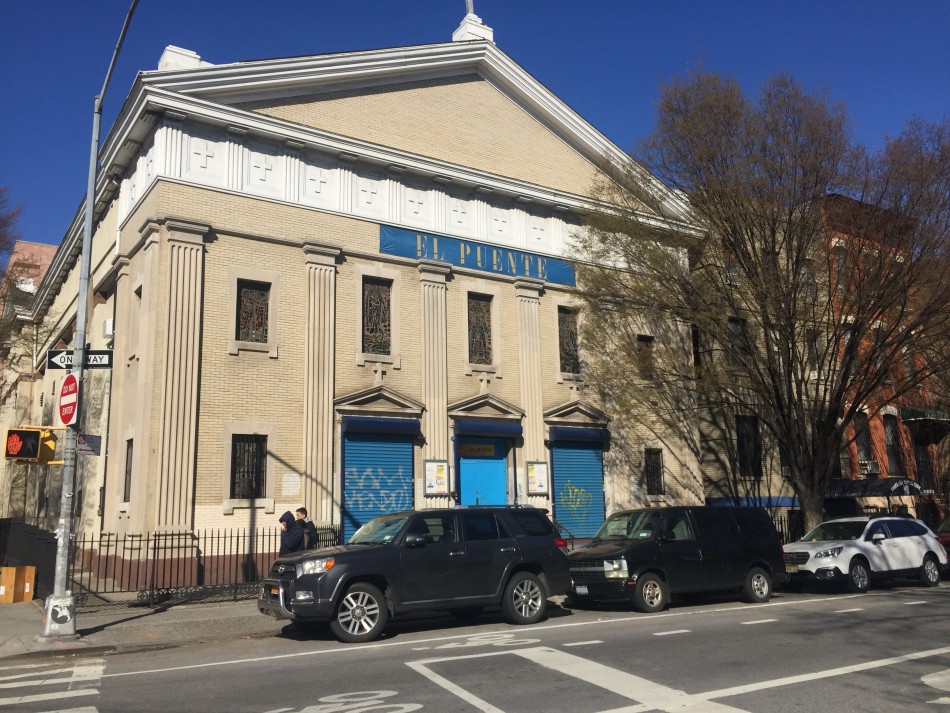 Low-income waterfront communities, particularly those of color such as The South Bronx, Red Hook, and the Brooklyn Navy Yards, are disproportionately at risk during threats of climate change than other communities according to a report released yesterday by the Environmental Justice Alliance.

“Even though climate change will affect everyone, its impacts will not be evenly distributed,” said Eddie Bautista, executive director for NYC Environmental Justice Alliance, a network that links grassroots organizations from low-income neighborhoods and communities of color to create environmental justice.

“Our communities live at the nexus of so many inequities, all climate change does is add even more intense disproportionality in terms of our burdens,” said Bautista.

The report outlines the shortcomings of Mayor de Blasio’s OneNYC Plan just before a scheduled update, which will be released by the Mayor’s office on Earth Day.

The NYC-EJA created recommendations on how the OneNYC Plan can assure the safety of residents that live in Significant Maritime and Industrial Areas, or SMIAS for short. These are communities that have become the concentrated hosts of the city’s infrastructure, such as waste transfer stations, power plants and industrial facilities, and climate-based damage to that infrastructure could mean disastrous consequences to those who live in these areas.

“We have the heaviest clusters of the city’s toxic chemical uses and heavy infrastructure all cited in waterfront neighborhoods in the path of storm surges,” said Bautista. “Not only do you have storm surges to worry about and flooding but dislodging of chemicals and the potential for communities to be exposed to toxic stews in the event of severe weather.”

The report also highlights the range of climate change impacts that are to be expected. Beyond incremental storms and rising sea levels, the increasing temperatures are also a concern for the NYC-EJA.

“Heat kills more people than storm surges or hurricanes every year,” said Bautista. “We’re expecting the average summer day to increase anywhere from 4 to 6 degrees, the number of heat waves are expected to either triple or quadruple. There’s no strategy to deal with that in the OneNYC Plan.”

Bautista says the rising temperatures are markedly problematic in low-income neighborhoods like Brownsville, where communities lack enough trees to keep the asphalt cool or have residents that cannot afford air-conditioners.

“The mayor’s office has confirmed, that had Sandy landed when it was high tide for Long Island Sound – either 12 hours before or after when it actually landed – that means a storm surge would have wiped out the food supply for the entire city and no one knows how long.”

Community outreach programs, like El Puente in South Williamsburg, are taking the NYC-EJAs recommendations of creating community-based planning and preparedness.

“These major weather events made us realize how unprepared we were and still are,” said Ana Traverso-Krejcarek, Green Jobs-Green New York Program Associate at El Puente. “We have to start from scratch. There has not been enough awareness or information on the community level.”

A big part of that is educating mothers in the predominately Latino community on environmental justice and how they can protect their families by providing classes and services in Spanish. Through these programs, El Puente addresses not only concerns for climate-based infrastructure, but for the potentially hazardous risks that come with living in one of Brooklyn’s most toxic neighborhoods, the home to companies like RADIAC, which stores radioactive materials just one block away from the East River.

“For years we’ve been fighting to get RADIAC to close, but it’s privately owned,” said Traverso-Krejcarek. “If the water level rose, say from a hurricane, we don’t know the impact of radioactive material being spread through the community. It’s right here. The latino population that lives in the neighborhood still knows about it, but the huge new influx of residents don’t.”

Angela Terrero, 36, is one such resident that remembers the early days of fighting for RADIAC to close. Now a mother of two who brings her children to El Puente for after-school activities, she fears that the decade long battle will not come to a close quickly enough.

“If the wind had been blowing the other way,” said Terrero. “It would have been us and not the Lower East Side who received most of the impact.”