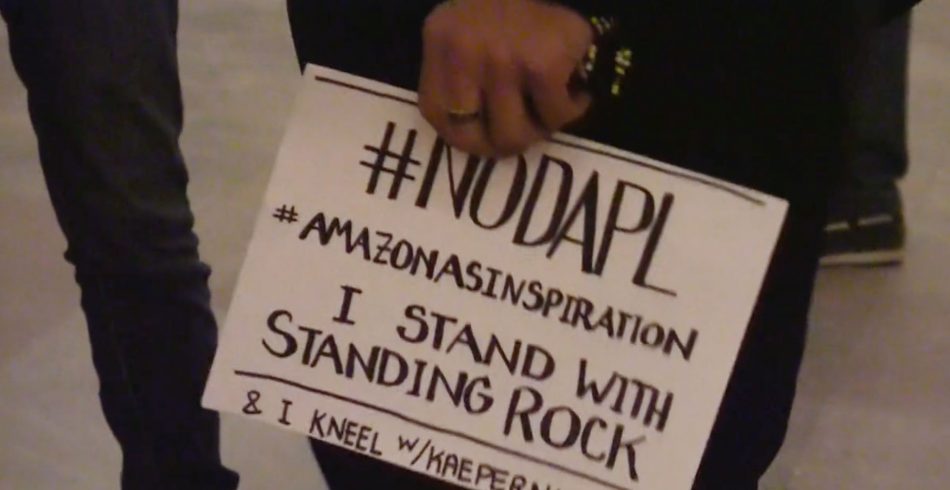 The Dakota Access Pipeline project has been a strongly opposed development for the past 18 months. It would create a new underground oil pipeline designed to carry roughly 470,000 barrels of oil across 1,172 miles of land per day. The pipeline would pass through four Midwest states – North Dakota, South Dakota, Iowa, and Illinois – connecting Bakken and Three Forks oil production areas in North Dakota to Patoka, Illinois.

The most active opposition has come from the Standing Rock Sioux Tribe. Sections of the pipeline would cut directly through sacred holy ground and potentially damage their water supply, so protestors have been drawn to the land to stop construction. Many camping at Standing Rock have faced attack dogs, pepper spray, and even fires being set to camp grounds.

Social media users across the nation took to action with the hashtag, #NoDAPL. Towards the end of last month, demonstrators in North Dakota requested Facebook users to check-in at Standing Rock. This was done in an effort to create a cyber smokescreen, and prevent local law enforcement from using the social media platform to target protestors. This past week, New York joined the fight.