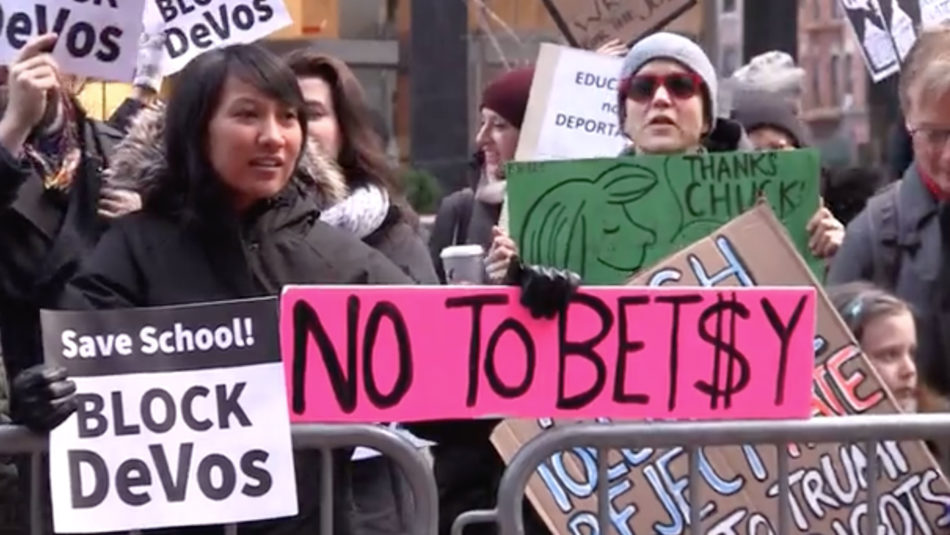 Since the demonstration, a Senate panel met on Tuesday afternoon and voted 12-11 in favor of DeVos. This will advance her confirmation to a full Senate vote for final approval. Democrats remain hopeful they can acquire the three Republican votes needed to block her appointment. Sens. Susan Collins (R-Maine) and Lisa Murkowski (R-Alaska) have both expressed their own reservations with DeVos’ appointment, but neither have confirmed the direction of their vote.

Wearing a face mask became a stigma  for Asian people in this country, but many continued too wear one to protect their health and the health of their community.