NYC officials tell voters not to worry about recent glitches 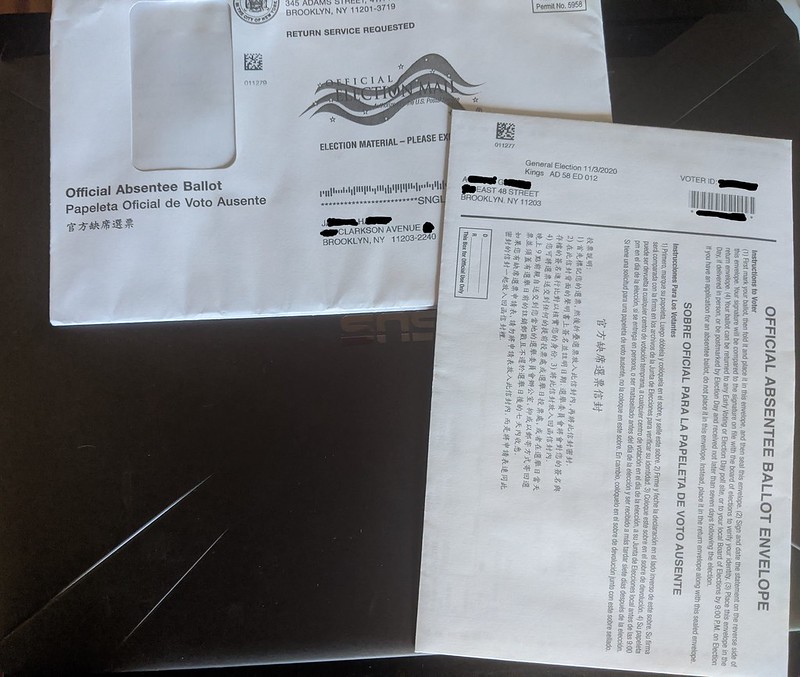 With an already high stakes election nearing and voters on both sides feeling uncertain about the accuracy of the election results, erroneous absentee ballots sent out to nearly 100,000 Brooklyn residents have just increased the worry.

In an emergency virtual town hall meeting called by the New York City Public Advocate on yesterday, a panel of speakers acknowledged the recent glitches and addressed questions and worries while still putting forth the important message to vote.

“It’s really frustrating and unfortunate that there have been some problems with absentee ballots in Brooklyn,” said Susan Lerner, the executive director of Common Cause New York. “The good news is it’s just barely the beginning of October. There is time to fix mistakes.”

Absentee ballots just went out in the mail last week and the problems quickly began.

“I received a ballot package that was addressed to me, but the official ballot envelope that the absentee ballot has to go into before being placed in the return envelope had the name, address, and voter ID of a different person,” Jamal Harley, a Brooklyn resident, said

Harley was told he was going to receive a corrected ballot within the next week or so.

“The employee I spoke with said they made that decision yesterday, so it seemed they were getting through the calls quickly,” said Harley.

In addition to issues with incorrect personal information, some voters expressed confusion after receiving ballots labeled “military” and no return postage.

Lerner reminded that those affected by financial hardships have the option to hand-deliver their ballot to the Board of Elections, any early voting location in the city, or any election day polling place. 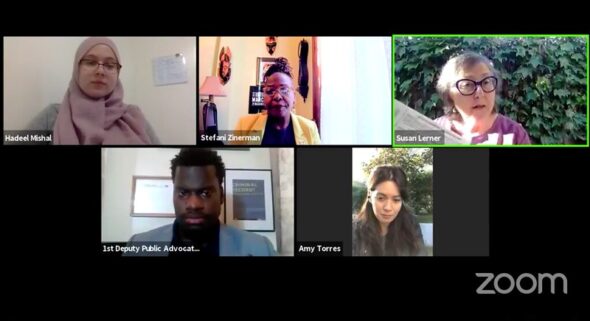 Amy Torres, the Director of Policy and Advocacy for the Chinese-American Planning Council made clear in order to relieve any hesitation, that once ballots are received they will be secured

“Once they get in, there are mechanisms in place to make sure that they’re secure, to make sure that you’re able to track your vote, and have real faith and confidence restored in our democratic system,” said Torres.

Torres also recommended that voters have a fallback plan in case the original is foiled.

“Here in New York State where we have three different ways to cast your ballot this year, it’s really important to come up with those contingency plans,” said Torres.

While mail-in ballots are seen as a safer and more convenient option than going to a physical polling place, each panelist still advocated for early in-person voting.

“What we’re recommending, if you can, vote early. Please do so in the days that we have before,” said Jumaane Williams, the New York City Political Advocate. “We know that systems are going to be overwhelmed, and we want to prevent that, so if you can vote early that helps the system from being overwhelmed.”

Each panelist drove home the importance of voting.

“Vote like your life depends on it,” said Stefani Zinerman the Civic Engagement Chair of the Brooklyn NAACP. “Because it does.”