NYC Primary: de Blasio is the clear winner, but a runoff looms 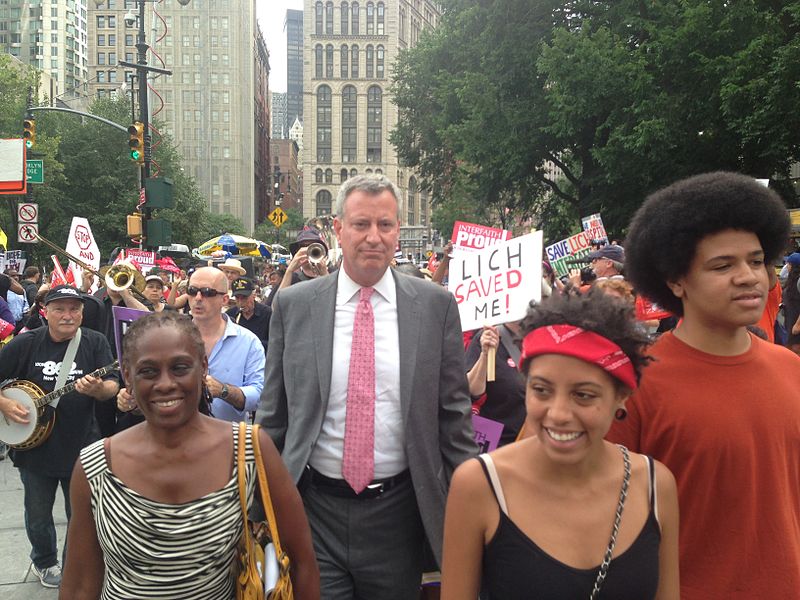 Bill De Blasio with his wife, Chirlane (left) and children, Chiara and Dante

New York City’s next democratic candidate for mayor is still undecided, the day after the primary elections.

Front runner Bill de Blasio has secured 40.2% of the vote, just over threshold required to avoid a runoff, but with 3% of the vote remaining to be counted the balance could still tip in favor of his opponent, Bill Thompson and a runoff.

Counting the final votes, some of which are paper ballots, could take up to a week.

Whichever candidate wins the primary is likely to be elected NYC’s next mayor in November and the city’s first Democratic leader in 20 years. 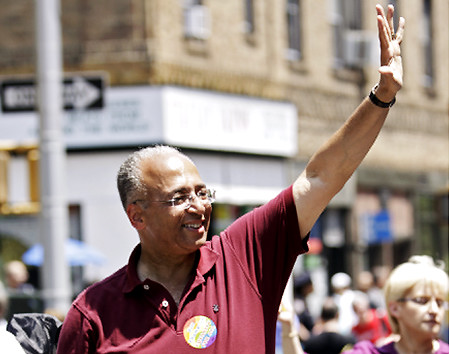 If de Blasio’s numbers drop below 40%, he will have to contest a runoff election with Thompson on October 1.

Thompson, a former city comptroller, has the endorsement of the American Federation of Teachers and currently has 26% of the primary vote.

“This is far from over,” said Thompson on Tuesday night.

In the Republican primaries, former MTA head Joe Lhota defeated businessman John Catsimatidis with around 52% of the votes to 41%.

Lhota called on Republicans to stand together in the upcoming general election.

The focus of the campaigns this year shifted away from crime and security, with education, income distribution and child care drawing more attention.

Former NYC Public Advocate de Blasio focused his campaign on addressing the growing gap between rich and poor in the city and ending Mayor Bloomberg’s controversial stop and frisk policy.

But her links to the current administration became an obstacle, while de Blasio and Thompson gained ground.

“While we disagree on some issues we all care deeply about this city and we all share the same goal; greater opportunity for every New Yorker in every neighborhood,” said Quinn of de Blasio and Thompson in her concession speech.

Quinn would have been the first woman and the first LGBT Mayor of NYC.

Anthony Weiner, who maintained his campaign efforts despite criticism of his personal indiscretions, came in fifth.

The first Asian American to run for Mayoral office, John Liu, finished ahead of Weiner, but did not have enough support to stay in the race.

The general mayoral election will take place on November 5.