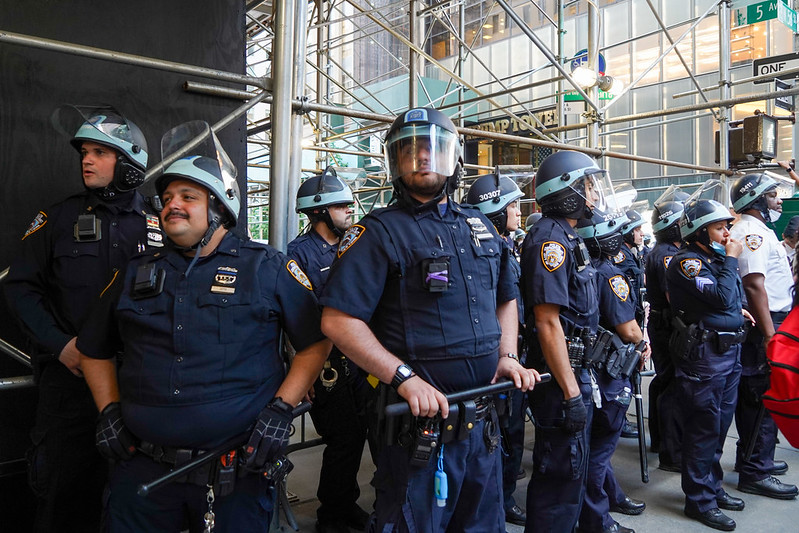 New York City officials approved an $88 billion dollar package for the upcoming year. The decision which included a  $1 billion cut to NYPD was announced a few minutes before midnight.

The meeting was held virtually in an online video conference. Thirty-two city officials favored the package and 17 disapproved.  But the package falls short a few billion from the anticipated $95.3 billion before COVID-19.

“With all these challenges we still found a way to get to a budget that again focuses on your health, your safety, putting food on your table, making sure you have a roof over your head,” de Blasio said.

The budget was announced as demonstrators camped in City Hall Park for the past week. They demanded the defunding of police after weeks of protests over the death of George Floyds and others killed in the hands of law enforcement. And demonstrators were not happy with the approved package.

.@NYCMayor + @CoreyinNYC‘s budget proposal is a loss and LIE to the people of NYC.

These proposed “cuts” to NYPD’s budget are an illusion. @NYCCouncil, your sham is NOT good enough. We are watching. #DefundTheNYPD

According to De Blasio, the budget focused on values and placed $37.5 million in the expansion of healthcare, $113 million in Covid-19 clinics and $450 million towards feeding New Yorkers.

“It’s also about change,it’s also about progress. It is about ensuring  that we act in the spirit of social justice. I hear the voices all over the city calling for justice,” de Blasio said.

The police cut included canceling July’s officer recruitment of 1163 officers, $296 million dollar overtime reductions and a reduction in contracts and non-personnel expenses. Crossing guards and homeless outreach will no longer be part of NYPD responsibilities. The next recruitment of officers is scheduled for October.

“We have to keep the city safe, we have to protect the levels of patrol strength throughout our communities and we have to make sure that we are really doing something to refocus resources on young people and communities hardest hit,” de Blasio said.

Approximately $430 million in cuts to policing was set to be moved towards summer youth programing, education and family and social services. $537 million from the NYPD Capital program will be shifted to NYCHA broadband expansion and youth recreation centers.

“This is real distribution, this is taking resources and putting them where they’re needed most with particular focus on young people,” de Blasio said.

New York City Council Speaker Corey Johnson was one of the votes in favor of the package.

The Mayor and I started this process FAR apart on shrinking the NYPD’s budget and footprint and bringing transformational change to the department.

The Council fought hard to get where we are, but I know this is just a starting point, not an ending point. We need to go farther. https://t.co/aW8TmiBe42

But some  New Yorkers were disappointed by his vote and the decisions made.

Corey the people of your city asked, called, occupied, & pleaded with you to firmly cut $1 billion from the NYPD budget. You simply did not. You cowered. This was a budget meeting. We asked you to cut NYPD’s budget. We did not ask for “transformational change”. You failed us. https://t.co/rOyRWslxtD

The speaker just lost my vote. This is not a real measure to defund the NYPD. No headcount reduction, bullshit promises on overtime, and a funding transfer. Did you even try? https://t.co/GRHF8fRYZD