Black and Brown individuals fear legalizing marijuana will not help them deal with over policing. Photo by @chrislee8 via Twenty20

Alexander Short is the antithesis of how one might picture a stereotypical drug dealer. He isn’t shrouded in mystery or the promise of danger or violence that some may expect from someone who makes their living selling illegal drugs. Instead, he is abundantly kind, funny and warm. He wears his hair in beautifully coiffed locs and strums absent-mindedly on his bass guitar. Short proudly displays photographs of himself as a child sitting on his grandfather’s lap, right next to the scale he uses to weigh out the weed he distributes in the Brooklyn area.

He smiled widely as a J. Cole song played in the background, laughing at some joke as he weighed out half an ounce of weed, a blunt hanging from his lips. However blasé he may seem, counting out dime bags, he is steadfast and serious when he talks about the risks he faces dealing. He dropped his charismatic grin as he talked about his worries about how marijuana legalization will impact his income or legal wellbeing.

“Back up in California when weed was first legalized in 2016 I saw how quickly the process completely changed the dealing game,” said Short, whose name has been changed to protect his identity. “Immediately small time dealers like me and my friends were cut out so we had to start selling our products for way cheaper in order to compete with dispensaries, which obviously didn’t make us a whole lot of cash.”

While the recent news about New York State’s decision to start penning legislation to legalize and decriminalize cannabis may seem like a victory for users, some individuals, like Short,  believe that the start to this legislation may not be a reason to celebrate just yet. As of today, the legislation is not formalized. Meaning while there are laws in place protecting those who possess smaller amounts of marijuana won’t be arrested, those who deal in large quantities illegally are not protected. And those who currently illicitly deal don’t think they have the means or support to transition to distributing weed legally.

“It seemed like it was so impossible for people who had been dealing illegally to start joining the legal process of distribution,” said Short. “It was clear to me that only people who were already wealthy had the ability to acquire the permits and stuff that would allow them to open up shop and that was just something myself and my homies couldn’t afford to do.”

Current laws, some activists believe, still over-police cannabis users and dealers especially if they are people of color. Currently, Black and white individuals use marijuana at the same rate, but Black individuals are four times more likely to be arrested for a cannabis-related crime.

Once the legislation was announced on March 31, the NYPD was given blanket instructions to stop arresting individuals for marijuana use or possession, however they can still issue arrests for drivers who are under the influence, or individuals with intent to distribute cannabis, but only if they also have large amounts of cash with them.

“At any given time I could have up to seven years prison time in my backpack,” said  Short. “I have been dealing ever since I moved here from California a couple years back, and it is my only source of income at the moment.”

“It’s kind of like Doordash but for weed,” he said .

The service allows users anywhere in the city to text a number for a daily “menu” of cannabis products – ranging from flower, to edibles to dab cartridges.

Each day the delivery personale, in this case Short, goes to a main distribution center to pick up a daily supply of product. Then, throughout the day Short and the other delivery personnel will receive text messages with addresses for delivery and will serve customers.

“Because of the distribution and intent to distribute law, we can’t carry any cash with us. It is a  huge liability,” he said. So the service he works for deals solely with virtual transactions through apps like Venmo or Cashapp. “That has made it a bit trickier because now we can’t hide behind the anonymity of cash, so all our transactions are digitally logged and we could get in trouble for mass distribution of a still unregulated product.”

While decriminalization and legalization of marijuana is a big step in restorative justice – especially if New York State expunges the records of those with petty marijuana related arrest records – there are still obstacles in the way of those who want to get involved legally in the cannabis industry.

Another dealer, Marcus Smith (name changed for anonymity), works on a much smaller scale than Short. He and a few friends of his get their cannabis shipped directly from California. and distribute on a much smaller scale. He said he is really interested in continuing to work with marijuana, but the requirements needed to sell legally are nearly impossible for people like him.

“I’m a Black man in Bedstuy with two prior arrests,” said Smith. “There is no way they are gonna give me a license to sell and even if I can get my records erased, purchasing a legal selling license, getting a storefront, finding distributors is impossible for someone like me who doesn’t have the connections or the money to do that. So it is looking like I’ll just have to keep selling illegally, even though I don’t want to.”

A similar issue occurred in both Colorado and California when both states independently legalized marijuana distribution and consumption.

“I had been trying to get my marijuana license for so long when weed was legalized in 2016, but it seemed impossible,” said Reese Benton, owner of Posh Green Retail in San Francisco, California. Posh Green Retail is the first Black-female owned and operated cannabis dispensary in the city and just recently had its grand opening on April 20.

“The licensing process was so convoluted and so expensive and there were so many times I just wanted to give up my dream,” she said.

But Benton said that all changed in 2018 when California enacted the Cannabis Equity program which gives licensing priority to those who had been affected by drug-related arrests or incarceration. Benton’s father served time for marijuana distribution when she was in high school, so this meant she would be eligible for the equity program.

“Everything changed for me right then and there,” Benton said. “I was able to get some financial help, people to help me with my licensing process and just a couple of weeks ago I finally opened up shop.”

While New York state legislators continue to hash out the details of the bill, many remain cautiously optimistic that the state will adapt similar record expunging and equity programs other states have.

“I just hope that I can continue to break through and do what I know best,” said  Smith. “And I hope that I can do it legally, and I hope that people like me are included in the conversation while this law continues to get written, because my people are the ones who have been hurt the most by the criminalization of this plant.” 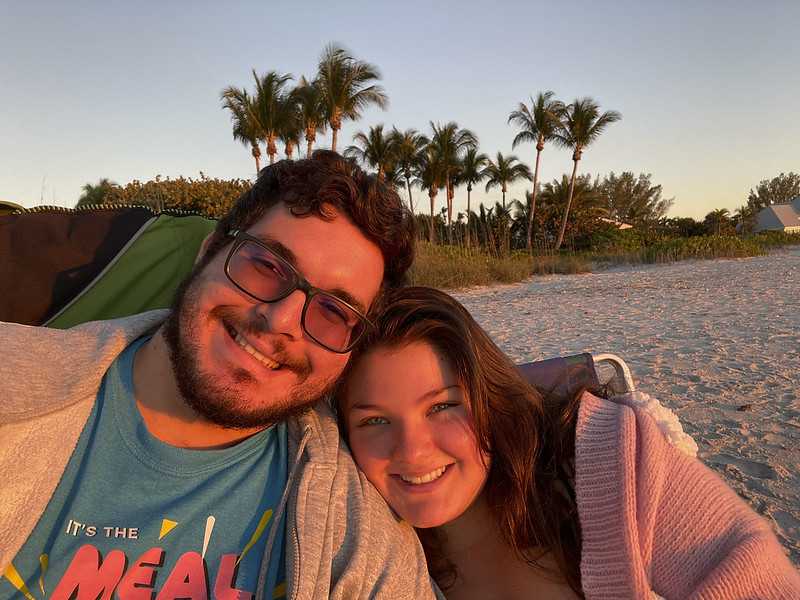