On 9/11: The oldest city church holds a mass of peace, filled with memories and comfort 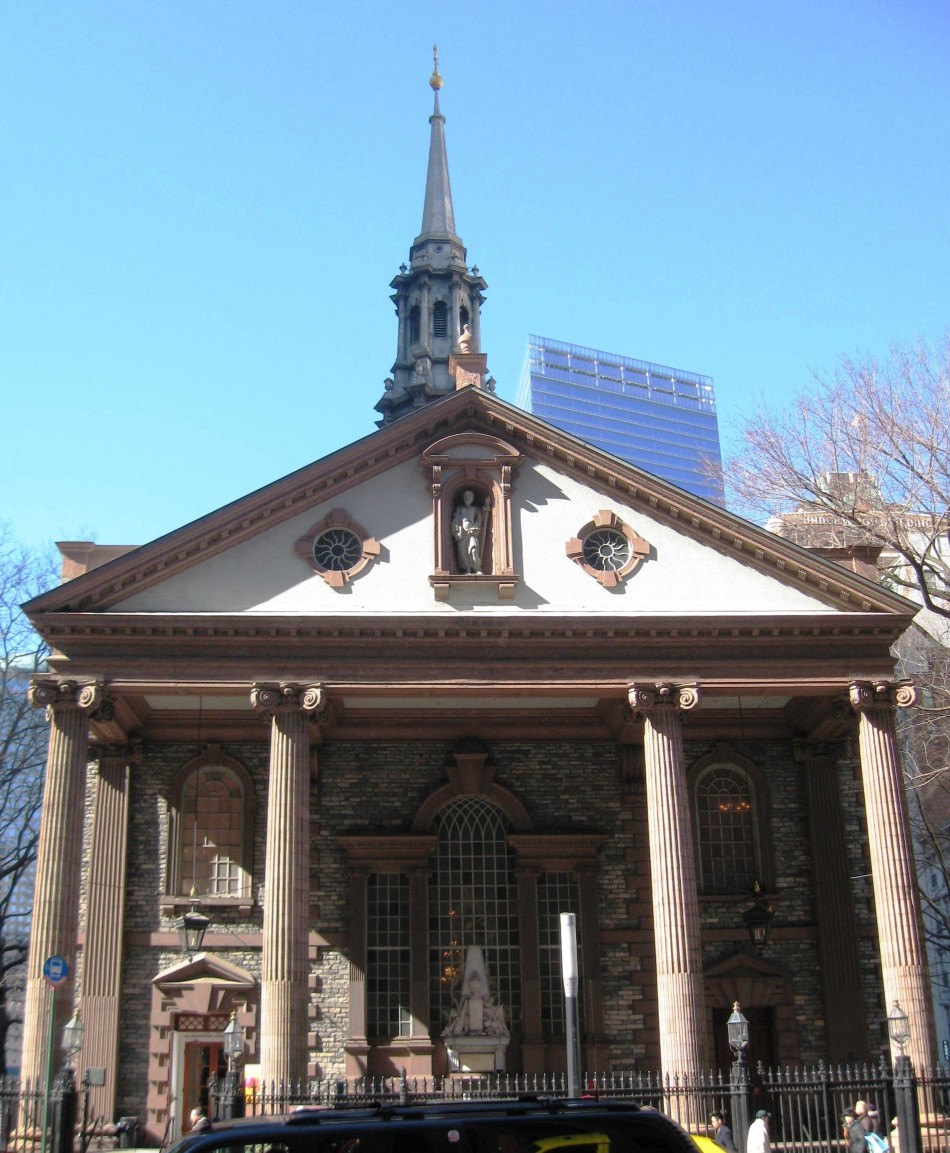 After the Bell of Hope was rung in the churchyard, Vicar Anne Mallonee delivered a homily on the church’s mission of hospitality in the face of adversity – a message that resonated with many who witnessed the city’s oldest church become a place of deep solace and comfort in the weeks and months proceeding 9/11.

It is a place steeped in history: George Washington attended services in this chapel on the corner of Broadway and Fulton St, and it was here President James Monroe’s funeral service was held in 1831. St. Paul’s Chapel has withstood fire and has witnessed a metropolis circle in on it. Thirteen years ago today, the Twin Towers buckled just next door, shrouding it in ash and debris. Fully intact, St. Paul’s has come to be know as “the little chapel that stood.” 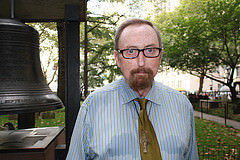 Lay Eucharistic Minister John McCann, 57, of SOHO stands before the commemorative Bell of Hope in the churchyard of St. Paul’s Chapel. (Photo by Neil Giardino)

John McCann, 54, of SoHo, came to St. Paul’s Chapel 25 years ago and is currently a lay Eucharistic minister with the church. He was one of 14,000 volunteers involved in the massive relief effort based at St. Paul’s in the weeks following the attacks.

“It felt so helpless and I wanted to do something,” he said. “So, I would come down and help serve lunch and dinner. The building quickly became a haven. It became a symbol of unification.”

Throughout the years, McCann has watched St. Paul’s Chapel become something of a pilgrimage site, a place people keep coming back to. With the completion of the 9/11 Memorial and Museum nearby, McCann says he has noticed a significant increase in visitors to the church.

“We have over two million people a year coming into this church. Our big goal is hospitality. We welcome everybody,” he said.

Among those welcomed today was Gary Neilson, a salty resident of Throggs Neck in the Bronx. Neilson, in his sixties and clad in a denim vest emblazoned with political pins, comes to Lower Manhattan each year on the anniversary of 9/11. A sense of duty compels him. 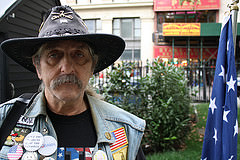 Gary Neilson of Throggs Neck in the Bronx stands in the churchyard of St. Paul’s Chapel holding an American flag. Neilson pays his respects at Ground Zero every September, 11th. (Photo by Neil Giardino)

“I got on that crazy train from the Bronx early this morning and I came down to pay my respects,” he said. “Today I’m doing what I’m supposed to be doing, I came down to meet new friends, see old ones, that’s what this is all about.”

Neilson, who lost a firefighter friend during 9/11, plans to keep coming back to Ground Zero each year in order to honor all of the victims. One World Trade Center looms large over the church and the 9/11 Memorial is a stone’s throw away. But Neilson has no interest in either. He sees each as exploitative and disrespectful.

“I wouldn’t wear a 9/11 Memorial t-shirt! C’mon, that’s ridiculous. It’s like wearing a holocaust t-shirt,” he yelled above a din of construction.

Instead, Neilson, like many here today, has decided to pass through the churchyard in order to get a sense of St. Paul’s deeper connection with the events September 11th 2001.

“They were bringing the bodies in here,” he said. This church will always be here. It’s an important part of what happened that day.”

As the mass concluded, visitors wandered out into the churchyard. The scent of burning copal drifted through the open doors along with clergy and congregation.

The Eucharistic minister John McCann greeted a young couple as they exited.

“This church dates back to the Revolution,” he said to them. “And so our history really is the history of New York.”