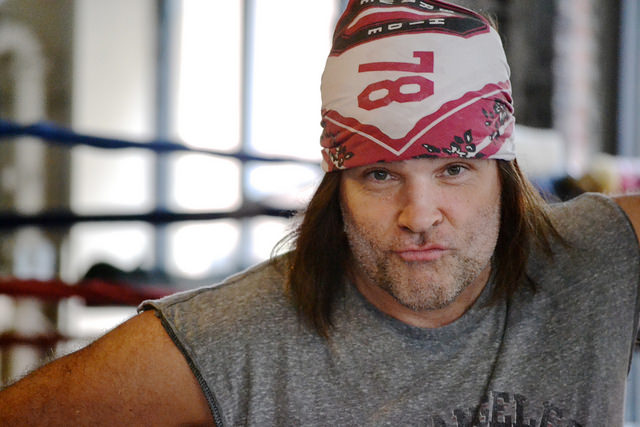 The building started to shake, the sky turned black and smoke began piling in. Martin Snow and a dozen others found themselves in a gym locker room with wet towels under the door, awaiting their fate.

Snow, 54, is the owner of Trinity Boxing Club NYC. In 2001, the gym was located at 44 New Street, a few blocks away from the Twin Towers. After receiving a phone call from his sister about a plane crash, Snow went out to see it for himself. He was among the thousands of onlookers standing below, and like most people, he thought it was an accident.

Then came the second plane.

“We just turned and ran. There was an underground garage and we ended up being stuck down there,” he said. “The hardest part about that day was the decisions you had to make. Do I go up or do I stay down? Do I stay put or go somewhere else? That was the toughest part because you didn’t know what to do. These decisions were really life or death.“

Snow lived in the Financial District his entire life. He was a strong believer in community and the area of attack was not a place he could abandon, as it’s a place he will always call home.

After wandering around and living in hotels, he didn’t wait long to get back to the swing of things downtown.

Snow described the local shop owners and residents of the area as true heroes.

“They often get overlooked, but they refused to give up and hung on,” said Snow. “I think that if New York gave up, the rest of the country would have followed suit, but they continued to live their lives and that really gives it that grit and character that New York is known for.”

In 2004, the gym was relocated to 110 Greenwich Street, around the corner from the newly opened 9/11 Memorial Museum.

Shama Eleazar, 37, has been training at this location for the past two months. He was in Brooklyn on that tragic day, working construction on a rooftop. 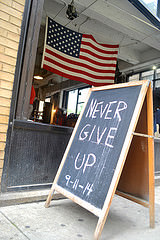 “I looked over and I saw a plane go into the first tower. Then, 10 or 15 minutes later the other plane hit the other tower,” he said. “Before they crumbled, I could actually see objects, the people, jumping out the window because it was so hot inside.”

Eleazar’s job site was shut down immediately, and everyone was sent home. The chaos that came from this event changed New York City and a softer side of this concrete jungle began to surface.

“People would come out and give water. Everyone would help each other out. It was amazing,” said Snow. “When the chips are down, people are there for each other. That’s the real New York.”

This pride and spirit was something to admire. “If this happened in any other city, I don’t think they would have bounced back as fast as New York has,” he said. “New York is an attitude, it’s not a zip code, it’s an attitude.”

It’s been 13 years since that day and it’s a constant reminder of the perseverance and strength that this city is capable of.

“Sometimes you have to get knocked down to realize what it means to get back up again,” said Snow. “And that’s what we did.”