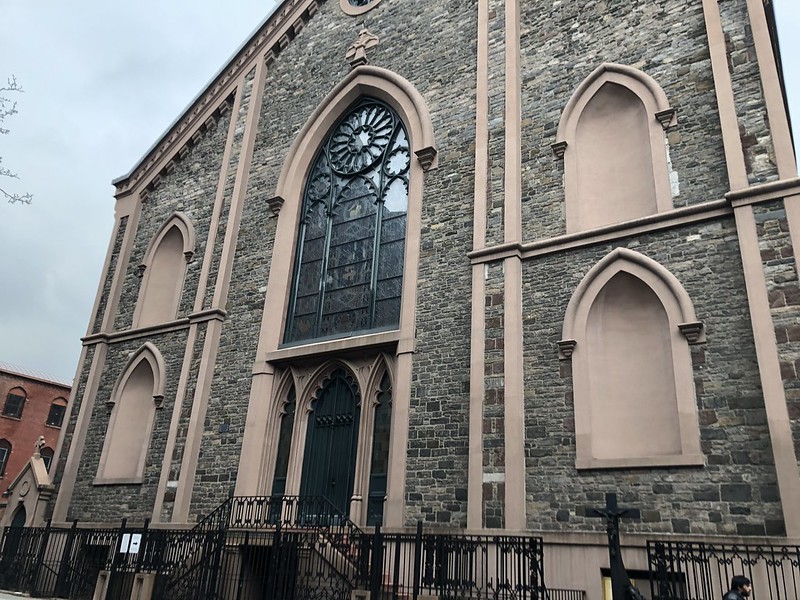 The Basilica of St. Patrick’s Old Cathedral, stands at 263 Mulberry Street in Little Italy, holds a mass called “Witness for Life Mass” at 8 a.m. on the first Saturday of the month. Afterwards, participants walk to the nearby Planned Parenthood and collectively pray for babies and their mothers, according to its website. Photo by: Maureen Mullarkey

Holding signs that read: “Time’s Up Tommy!” and “Abortion is Healthcare!”, the activists stood on either side of the sidewalk, shouting chants like: “Pro-life? That’s a lie, you don’t care if women die!” as pedestrians and tour-goers entered the catacombs.

“They stand outside and pray in unison. They make it as as inaccessible as possible to people,” said Megan Lessard of Crown Heights, Brooklyn, a NYC Abortion Rights demonstrater. “They pass this behavior off as prayer,  but we say, no way. You’re assembling a large group of people on the sidewalk outside of a health clinic. It’s an intimidation tactic. “ 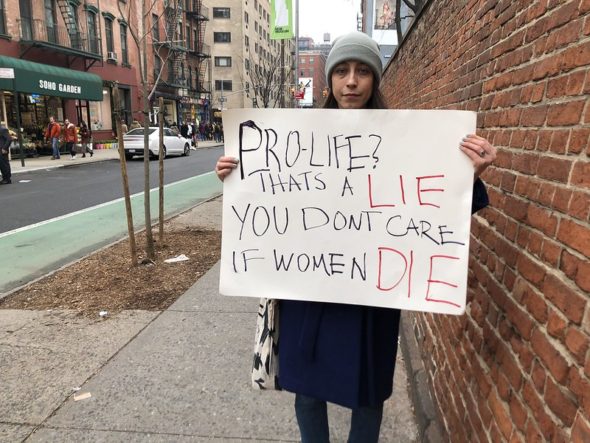 Megan Lessard, a protestor with NYC Abortion Rights, says that The Basilica of St. Patrick’s Old Cathedral, masks their harassment of patients outside of Planned Parenthood as peaceful. Lessard wants community members to be aware of this harassment, and that reproductive rights still need to be protected. Photo by: Maureen Mullarkey

According to its website, Old St. Pat’s says the assemblage takes place after their “Witness For Life Mass”, which is held on the first Saturday of each month.

NYC Abortion Rights said id that Saturday’s protest was not in opposition to St. Patrick’s, but to Tommy’s Tours, a privately owned company which holds walking tours of the church’s catacombs.. Tommy’s Tours is the exclusive tour company for the catacombs.

“We want Tommy’s Tours to speak out against this, the church’s behavior,” said Lessard. “ If they don’t, ideally Tommy’s Tours would, sort of decouple from Old St. Pat’s  and do their business elsewhere. We also want to raise awareness of what the Church.”

As some demonstrators chanted, others handed out flyers to pedestrians with information about the Old St. Pat’s harassment of Planned Parenthood. The flyer also suggests ways of how to speak up about Tommy’s Tours, including requesting a refund for a tour, making a complaint, and calling the church.

“These people, not all of them are aware of what’s really going on to the babies. They think they just take the baby away and they don’t use the baby,” said Katz Nelson,  who is not a church member. “What they’re standing up for is for monsters. Life is the most precious thing. It’s God’s gift.”

Planned Parenthood, a non-profit organization which provides reduced or free reproductive health care, has been under national scrutiny in the past year, with the Trump administration blocking its federal aid. In 2019, 12 states enforced stricter abortion bans, such as Georgia and Kentucy’s fetal heartbeat law, and Alabama’s total ban law.

While New York state has been one of nine states to pass protected or expanded abortion laws, pro-life believers like Lessard feel like they still need to fight for these rights.

“I think that left-leaning people in New York take comfort in the fact that New York is a progressive city. They often don’t notice or consider the ways that the right is mobilizing here,” said Lessard. “And this is one good example.  So it’s not just in the middle of America where reproductive rights are under attack. It’s happening next door.” 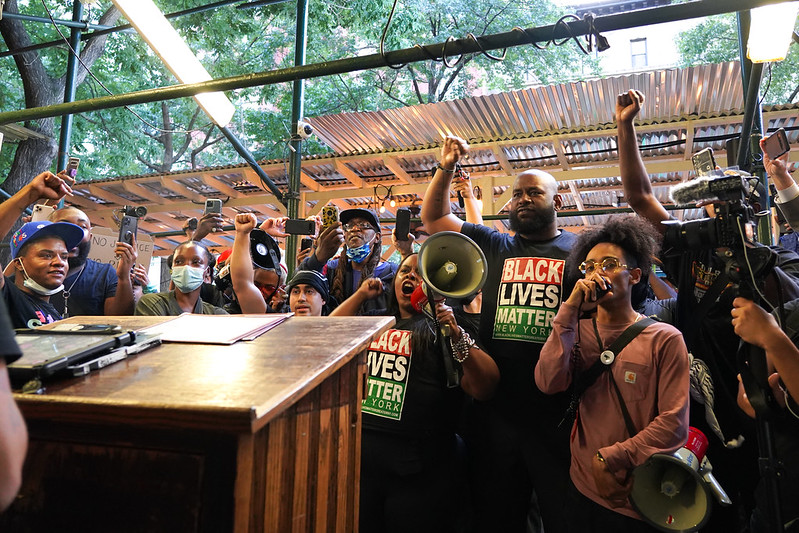 Carmine’s released a statement denying the  incident had anything to do with racism. 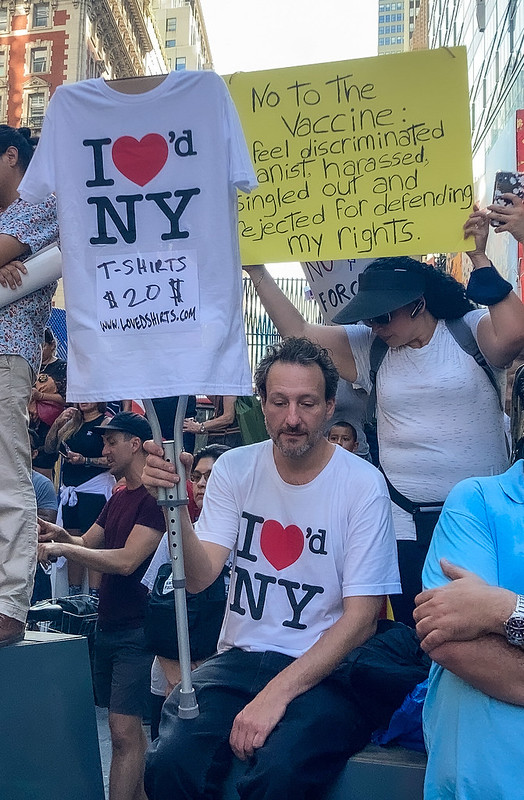 They were also opposed to the requirement that NYC patrons of indoor dining and fitness facilities display vaccine cards, which they refer to as “Totalitarian Vaccine Passports” and “Movement Licenses.”