Race and social justice fuel some black men to vote 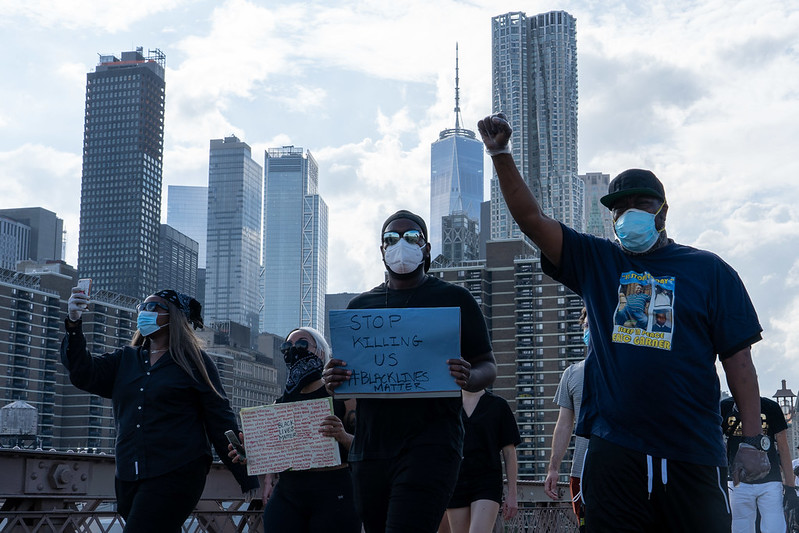 Demonstrators march across the Brooklyn Bridge. May 29, 2020. The anger many Black men feel over the increased issue of police brutality could fuel their vote. Photo by Thomas Hengge

Jerdonn “Donnie” Thomas knows what is at stake for Black men in the upcoming election. The buzz of his barber’s clipper frequently interjected into his sentences as he said that Tuesday’s election feels very different from 2016 because of the heated political discourse around race, racism, and social justice.

“I know a lot of cats who were wronged by our justice system and got locked up till today for it,” said Thomas, 41 of Grand Rapids, Michigan and a barber at Jay’s Den. “We hear about the George Floyds and the Jake Blakes on the news who were victims of a flawed justice system, but there are also many other brothers out there whose lives and freedom got taken away for crimes that they did not commit, or whose crime did not warrant the punishment they got. It’s crazy. We gotta vote like our lives depend on it to change that. I know I will.”

For many Black male voters, the upcoming election feels like a life or death issue. With police brutality, unemployment raging under the pandemic, racism and domestic terrorism on the rise, Black men are disproportionally affected.

“The Black vote is super important,” said Thomas.  “It changes the whole narrative. Our forefathers died and risked their lives so that we could have these rights, and we have to show them that we don’t take it for granted.” 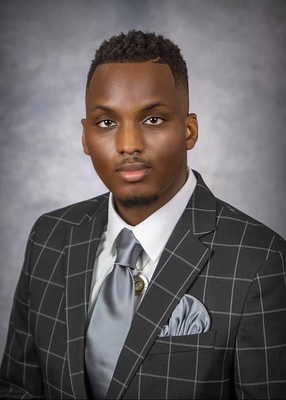 Byron Brooks believes that Black America needs to put politicians in office who will stand for social equity. Photo courtesy of Byron Brooks.

said  that this upcoming election differs starkly from the rest because of the spotlight on racial  injustice.

“One thing that stands out about this election is that we are now in an era where people are bolder in their ideologies of racism,” he said. “With the murders of George Floyd, Breonna Taylor, and so many others, we need to put people in office who will stand for social equity.”

Darren Davis, a Professor of Political Science at Notre Dame University and an expert in political behavior and racial politics, believes that the security and safety of the Black man are at stake because of how President Donald Trump has handled the Black Lives Matter movement. 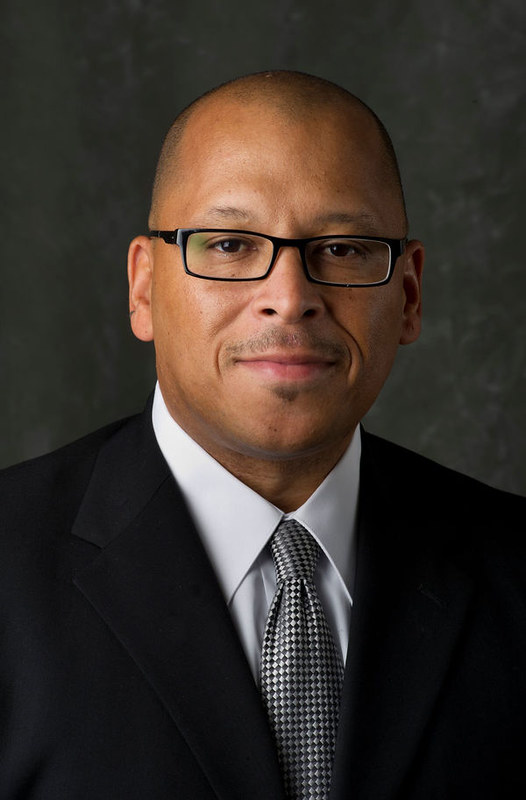 Darren Davis, a Professor of Political Science at Notre Dame University and an expert in Political behavior and racial politics, believes that the security and safety of the Black man are at stake in the upcoming election. October 24, 2020. Photo Courtesy of Darren Davis.

“People are encouraged to be punitive and to fear AfricanAmerican men because of the rhetoric that President Trump puts out there,” said Davis. “That has been very clear from the beginning.”

African-American men have been one of the main targets of police brutality. According to research carried out by the Proceedings of the National Academy of Sciences of the United States of America, Black men are 2.5 times more likely to be killed by the police in their lifetime compared to their white counterparts.

“To personalize it a bit, I am fearful, and I have friends who are fearful because of the way the current president has endorsed the police,” Davis said. “The big dog whistle in his discourse is his endorsement of the police.”

According to recent polling by the Democracy Fund, 83 percent of potential Black voters favored former Vice President Joe Biden. In comparison, 10 percent favored President Trump, and 8 percent said they were unsure of who they would pick as their presidential candidate.

Although a significant portion of Black voters gravitate towards the Democratic party, there are still influential Black men who are rooting for the Republican party. Rappers like 50 Cent and Ice Cube recently attracted a lot of media attention with their support  of President Trump, seemingly highlighting a small faction of Black conservative male voters.

Every side is the Darkside for us here in America. They’re all the same until something changes for us. They all lie and they all cheat but we can’t afford not to negotiate with whoever is in power or our condition in this country will never change. Our justice is bipartisan. https://t.co/xFIXXpOs8B

👀you see that, I post something on IG while watching the News and I end up on the front page of the paper.🤦‍♂️hey get the app STARZ. pic.twitter.com/oFQAkEjxXy

Roland Martin, a journalist and News One commentator, believes  the Democratic Party is  overlooking the Black male vote.

Hey @JoeBiden @KamalaHarris. Y’all better pay more attention to Black men! I’ve gotten a dozen calls in the last 48 hours about the lack of attention on Black males. These brothers from all walks of life have hit me. The disconnect is REAL. 1/2

Armani Madison, 26, a Harvard Law School student and Editor in Chief at the Harvard Civil Rights-Civil Liberties Review,  believes the Black male vote is complex and driven by a variety of issues.

“Issues like policing, mass incarceration, funding for education, social programs, and issues impacting low-income urban environments come to mind,” said Madison.”I also think about undocumented Black immigrants and how my vote will affect them. The stakes are higher than they have ever been before. Now that we have seen the policy effects of Trump in office, it puts urgency in people’s minds about the election.” 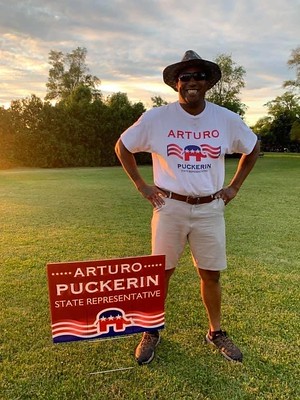 Arturo Puckerin, an executive director of the Muskegon-Oceana Community Action Partnership (MOCAP), and a politician, said that he agrees with a vast range of Trump initiatives, and will be voting for him in the upcoming election. Photo courtesy of Arturo Puckerin.

Although the numbers may show that a large majority of the Black vote goes to the Democratic Party, there are exceptions.

Arturo Puckerin, 37, a politician, president, and executive director of Muskegon-Oceana Community Action Partnership (MOCAP) in Muskegon, Michigan, is a member of the Republican Party and believes that the Trump administration is doing an excellent job.

“I voted for Trump in 2016, and I will vote for him again this year,” said Puckerin. “Yes, he can be a little racist, but at least you know that he is looking out for the interest of the people. He goes in and does his job.” I like what he [Trump] has done so far.”

In what seems to be one of the most high stakes elections in recent history, Black voting is on the rise.

“It is a proportional increase because there has been a general uptick in voting across the city,” said Joel Hondorp, Grand Rapids Michigan City Clerk, “However,  I have observed that people in the Black community are  spreading more information in their communities about voting and are very keen on getting members of their demographic to vote. That’s a good thing. Voting is power. If you’re not voting as a bloc, you are giving up a lot of your political power.”