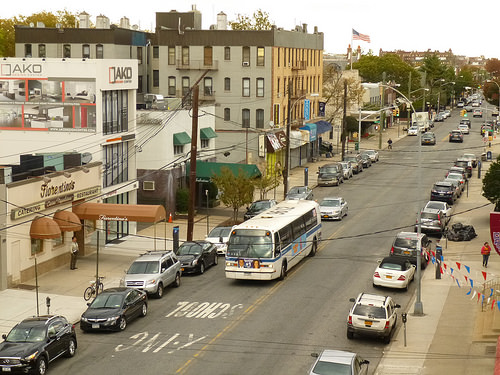 Gary Carsel knows he is a long shot.

The former playwright and contracts administrator is running for the New York State Senate in Staten Island, in a district that Republicans have controlled for over 50 years. His current opponent, Andrew Lanza, beat Carsel in the same race in 2012 with nearly 75 percent of the vote.

The district is one of a handful of areas in New York City that, despite their largely Democratic electorates, regularly vote Republicans into office. Only 10 Republicans currently hold city, state or federal elected positions in the five boroughs, and nine of them represent neighborhoods in Staten Island and south Brooklyn. In a decidedly left-leaning city, these Republican enclaves are exceptions, demonstrating the cultural, social and, yes, even political diversity that defines New York. With midterm elections set for Nov. 4, the political make-up of these neighborhoods stands to remain more or less the same.

Carsel isn’t the only one fighting an uphill battle on Staten Island. Democrat Domenic Recchia is attempting to unseat Republican Congressman Michael Grimm in a district that encompasses the island and parts of south Brooklyn. Grimm currently holds a slight lead in the polls, despite a spate of scandals this year that included televised threats to throw a reporter off a balcony and a 20-count federal indictment on fraud charges related to his local restaurant chain, Healthalicious.

And Democrat Marybeth Melendez is taking on State Assemblywoman Nicole Malliotakis. In Malliotakis’ last election, in 2012, she won 61.5 percent of the vote in her Staten Island district.

Explanations abound for the borough’s conservative politics. “I tend to think it’s old world values,” said Nick Purpura, 41, a lifelong Staten Island resident, who cited the deep-rooted communities of Irish-, Italian- and Russian-Americans in the borough. “A lot of people grow up on this island and never leave it,” he said.

Doug Muzzio, a political scientist at Baruch College, agreed. “Staten Island is, no pun intended, insular.” Muzzio mentioned high rates of homeownership, a large middle class, and active religious communities as other factors that might be fortifying these conservative bastions.

Gravesend, Brooklyn, is another neighborhood with conservative voting habits.

Michael Bavalsky, a 20-year-old Gravesend resident, attributed this to the growing communities of Sephardic, Orthodox and Russian-American Jews in the neighborhood. Bavalsky’s parents and grandparents immigrated to the US from the former Soviet Union, an experience that he said shaped the political outlook of many in the community. “They know what socialism is like and they want the opposite of that,” he said.

Meanwhile, Gravesend’s Sephardic Jews often vote Republican for other reasons. “It really mostly has to do with Israel,” said Elliot Gindi, 22. “For the most part, the ethnic community of Sephardic Jews will generally vote for the same guy.”

Since 2002, that guy has been Martin Golden, a Brooklyn-native whose impressively gerrymandered state senate district includes sections of the Gravesend, Marine Park, Bensonhurst, Dyker Heights and Bay Ridge neighborhoods. In the last election, in 2012, Golden won 57.7 percent of the vote, and it seems unlikely that his current Democratic challenger, James Kemmerer, will unseat him on Nov. 4.

But even in these strongholds of conservative politics, Republicans shouldn’t get too comfortable. According to the political consultant Jerry Skurnik, these neighborhoods are undergoing demographic transformations that are changing their political landscapes.

“Bay Ridge,” he said, by way of example, “because of younger people and Asians moving in, is a lot less conservative than it used to be.”

Nick Purpura sees similar developments brewing in Staten Island. “There’s a lot going on here that is the antithesis of Republican belief,” he said, mentioning that most of the younger people he knows in the borough have liberal political views. “I think it’s a generational split.”

But local politics have never been set in stone. Skurnik mentioned that former New York City Mayor Ed Koch, a Democrat, carried Staten Island in the elections of 1981 and 1985. Fellow Democrat Andrew Cuomo also won a majority of votes in Staten Island during the gubernatorial race of 2010.

Gary Carsel agreed, saying, “It’s not going to be today or tomorrow, but I do see [Staten Island] changing eventually.”

Just how fast that change will come is one of many questions that stand to be answered on election night.