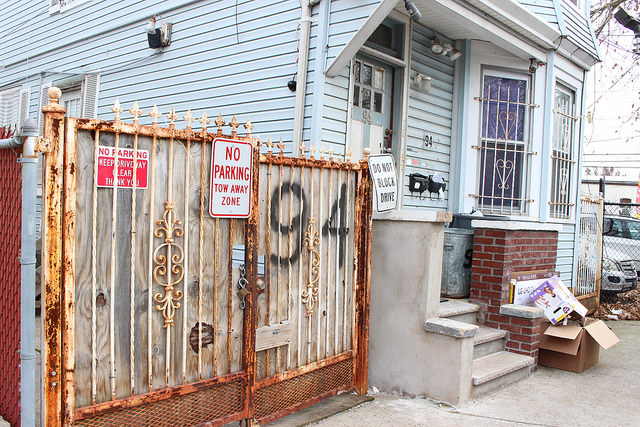 An old home in Newark’s Ironbound neighborhood. Many of the residences in this area are a century old or even older. Photo by Teddy Haines.

Walk due east from Newark Penn station, and you’ll pass through the close-knit working-class community known as the Ironbound. Once a major industrial hub, this neighborhood has become known for its heavy Spanish and Portuguese cultural influence. And now, like the rest of Newark, it is also known for its hazardous water supply. State testing has found high traces of lead contamination in the city’s water supply, and Ironbound residents risk being overlooked as the municipal government moves to alleviate the crisis.

According to CBS, around a quarter of Newark children under six have lead in their bloodstreams. Lead poisoning is especially hazardous for children because it can stunt their cognitive development. The CDC warns that lead exposure can damage the nervous system, slow growth and development, cause learning and behavioral problems, as well as speech and hearing problems.

The city government’s response to the contamination has been haphazard. Newark gets water from two main facilities, the Pequannock and the Wanaque. Initially, Newark officials distributed filters to residents served by the Pequannock water treatment plant, while insisting that homes serviced by the Wanaque system are safe. But this claim has come under fire, with a class action suit against the city accusing it of neglecting lead levels in areas served by the Wanaque, including the Ironbound.

Marco Germano, a bike program volunteer from the city’s Central Ward, is concerned that official reports make it difficult to pin down the source of the problem.

“I’ve heard mixed messages that the water that comes to our city is very good, but the pipes within the older buildings are contaminated,” Germano said. “On the flip side, I’ve heard that there’s issues with the water coming into the city, and the pipes in the houses just compound it.”

Despite his uncertainty, Germano expressed confidence in the city government’s response. He accepts Mayor Ras Baraka’s endorsement of the water supply, and given that Germano lives in a new building, he believes that its water supply is safe.

Residents of the Ironbound itself tend to be less sanguine. Jessica Valladolid of the Ironbound Community Corporation fears that a combination of industrial activity and official neglect make this segment of the city’s East Ward particularly vulnerable.

“We have a large population here, but very much underserved,” Valladolid said. “A lot of contamination because of the factories here. Now, we’re being told that the homes here also should be tested, which we assumed [had been done] already.”

Valladolid also expressed concern that other neighborhoods in the city were being prioritized more heavily than poorer and often undocumented residents of East Ironbound.

“The people going door to door and asking homeowners if they need to have their lead checked in their homes seems like it’s happening in a lot of different areas of Newark, but neglecting a lot of others, like the East Ironbound,” she said.

In addition to official neglect, Ironbound residents are also impeded by local regulations when they try to obtain filters for their water systems.

This stipulation is compounded by what many in the Ironbound see as neglect from their landlords. Patricia Romero, a lunch truck worker in East Ironbound, doubts her landlord is even aware of Newark’s contamination problems.

That said, Romero also feels that the tenants in Ironbound bear some responsibility for the neighborhood’s slow reaction to the crisis.

“Even the landlords sometimes are immigrants, so they don’t pay attention,” Romero added. “They only pay attention to, ‘Oh, they raised my taxes!’” 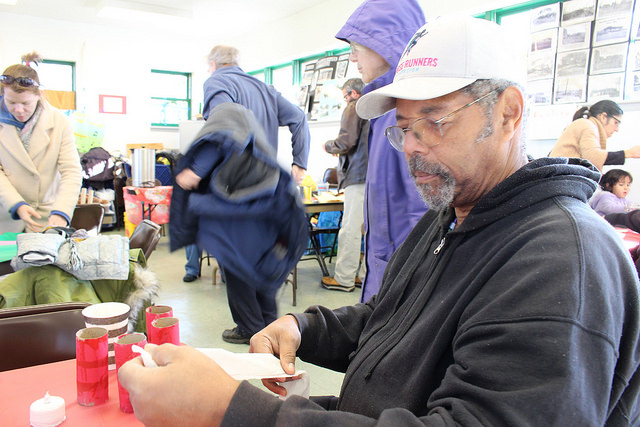 Retired computer science teacher Lenny Thomas is concerned that city authorities haven’t tested for lead contamination as diligently as they should have. Photo by Teddy Haines.

For Ironbound, the community’s age is another risk factor. The neighborhood became a center of industry at the turn of the 20th Century, and many of its buildings date back to that era. Retired computer science teacher Lenny Thomas explained why water lines leading into the Ironbound are especially risky, even if the city’s service lines are clean.

“A lot of houses here are over a hundred years old,” Thomas said. “So they [were] built before they started worrying about lead, and they will have lead in them. That’s probably the reason why a lot of people use bottled water or filtered water already…they were the smart people.”

Among those smart people were Frank Gonzalez and his family. Gonzalez, a construction manager, relied on filtered water for years before the problem of lead contamination became a widespread concern in Newark.

“Our family…for a long time, we’ve never really used the tap water…right out of the faucet,” Gonzalez said. “We always use bottled water.” 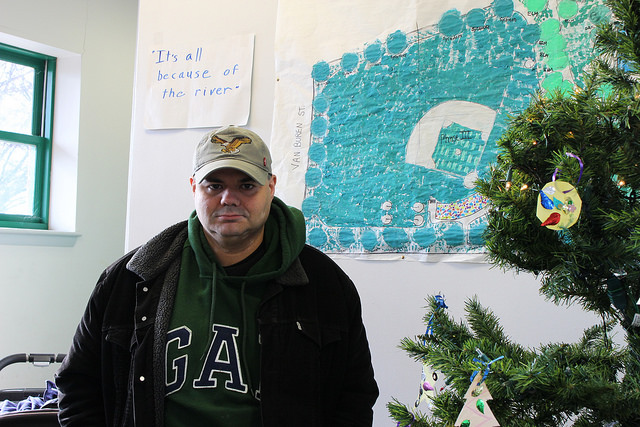 Newark construction manager Frank Gonzalez has relied on filtered water instead of the tap for five years, ever since the birth of his first child. Photo by Teddy Haines.

Despite his precautions, Gonzalez still feels uneasy about the situation, since he has a five-year-old and a two-year-old at risk.

“The positive thing…is that for as long as they’ve been alive, we never really gave them water right out of the tap,” he said.

Residents Don’t Feel Their Voices Are Being Heard

One common theme in residents’ complaints is that landlords and the Newark government are unlikely to treat their predicament with the urgency it demands.

“They should change the whole system, but it’s not gonna happen,” said Patricia Romero. “Because it’s very expensive…They have to change the government, and the government is all in attracting business…everything else takes second place.”

Frank Gonzalez agreed, saying that official neglect of Ironbound is a perennial problem in Newark.

“I don’t think the Ironbound is ever well-served in anything,” Gonzalez said. “Because unfortunately, and I hate to say this, but unfortunately a lot of the residents in this area are not very proactive. They don’t stand up for themselves.”

Gonzalez argued that this civic apathy on the part of Ironbound residents manifests itself on other fronts as well.

“It’s not just this issue, there’s a lot of issues where people just let it slide,” he said. “We haven’t had street cleaning in months…garbage pickup is a problem, nobody ever seems to say anything, and it seems like it just keeps happening to this ward. The city of Newark doesn’t care about this ward, because they don’t get any heat for it.”