Same-sex marriage debate heats up in the South 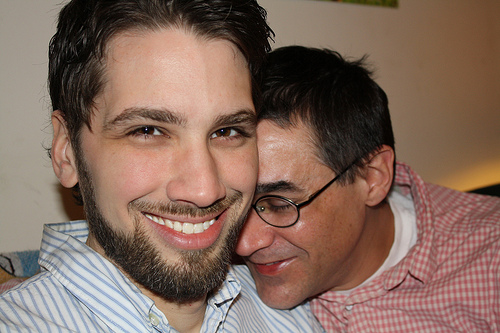 Greg Myers (left) and Marc Mitchel (right) fell in love in Alabama. The two men moved to New York City ten years ago and got married when same-sex marriage became legal in the state. Photo by Rajeev Dhir.

Greg Myers (left) and Marc Mitchel (right) fell in love in Alabama. The two men moved to New York City ten years ago and got married when same-sex marriage became legal in the state. Photo by Rajeev Dhir.

When Marc Mitchel and Greg Myers met 14 years ago it was love at first sight. Their love story began when the two were in college in Alabama. After dating for four years, the two men moved to New York City. In 2012, they exchanged vows after New York State legalized same-sex marriage – something the two Southerners always dreamed of, but never imagined would become a reality.

Couples like Mitchel and Myers can legally marry in 17 states (New Mexico was the most recent to issue marriage licenses to same-sex couples) and in Washington, D.C. But that number could be on the rise as the fight to legalize same-sex marriage heats up in the South.

“Change is great, but change [is] taking so much time,” said Mitchel, 40, about the recent opinion of a federal judge who struck down the same-sex marriage ban in Texas.

In his 43-page case ruling on February 26, Judge Orlando L. Garcia of the Western District of Texas said the state’s “current marriage laws deny homosexual couples the right to marry, and in doing so, demean their dignity for no legitimate reason.” He also barred the state from “enforcing the ban on same-sex marriage.”

Texas Governor Rick Perry immediately issued a statement against Judge Garcia’s ruling.
“Texans spoke loud and clear by overwhelmingly voting to define marriage as a union between a man and a woman in our Constitution, and it is not the role of the federal government to overturn the will of our citizens,” he said in his statement.

“Things are changing. But I don’t want to wait 10 to 15 years for things to change,” said Mitchel. “The idea that we have to wait for the evolution of the President or governors, it’s offensive and really maddening.”

Mitchel and Myers moved to New York City they said because it was easier to live as an openly gay couple. The two men said they rarely travel to Alabama because their marriage is not considered valid in the state.

“[Discrimination] made me want to remove myself altogether from that atmosphere,” said Myers, 34.
Jamie Barnes, who married his partner Michael Sofield, 40, last Friday, said the couple would not move back to the South because of existing laws banning same-sex marriage in his home state of Georgia. Barnes grew up in Savannah where he met Sofield, who was stationed in the armed forces at Fort Stewart in 2000. The two now live in Mount Laurel, NJ.

“It’s a little heartbreaking because I’m proud of being from the South,” said Barnes, 36, over the phone. “But you know you can’t force someone to change their views.”

Leigh Smith, 40, said she and her partner Crystal Hendrix, 42, chose not to uproot their family and leave Asheville, NC just to get married. The couple sued the state two years ago so Smith could legally adopt their two young children, Quinn, 4, and Joe, 2 (Hendrix is the birth mother). They later added the right to marry to their claim. Five other couples joined in the suit, which is still before a federal judge.

“It’s like a sucker-punch to the gut. All I’m trying to do is to secure the rights to my kids,” said Smith.

She said once same-sex marriage becomes a reality in North Carolina, the couple plans to exchange vows to “push forward to protect our family.”

Judges in three other states – Kentucky, Oklahoma and Virginia – also ruled against the ban last month.
Public opinion is slowly rising in favor of same-sex marriage. According to the most recent Gallup poll 54 percent of Americans believe same-sex marriage should be legally recognized compared to 40 percent in 2008.

LGBT activists are optimistic things will change for the South, pointing to the judicial rulings.
“It’s an extraordinarily exhilarating time to be working to end this discrimination because we can all feel this momentum,” said Evan Wolfson, founder and president of Freedom to Marry. “It all feels good to win.” 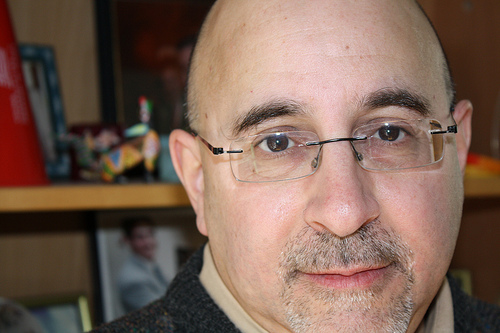 Evan Wolfson and his group Freedom to Marry are working to end marriage inequality in the South with a $1 million PR campaign. Photo by Rajeev Dhir.

The organization, which has been working to end marriage discrimination in the country since 2003, partnered with southern LGBT groups and launched a donor-driven $1 million public relations campaign in Atlanta at the end of February. The initiative will rely on social media, personal engagement and public events to rally support over the next year.

Myers believes the campaign is a good idea to get people talking, but said change and validation will only come through the judicial process.

“Once same-sex marriage is legalized in Alabama, there will be a sense that now we’ve accomplished something, we are fulfilled in a way,” he said.