Some voters are choosing not to vote 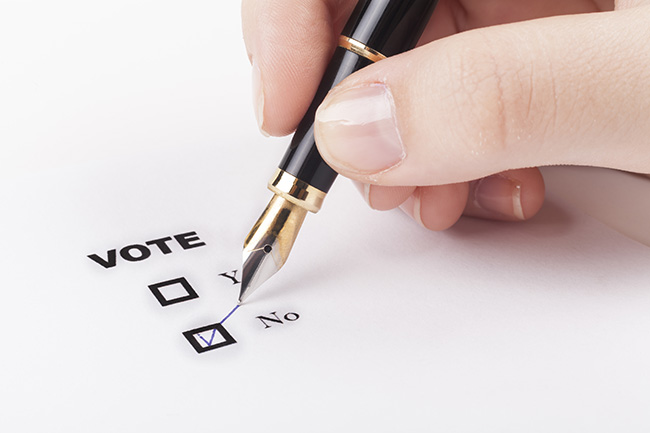 Not all voters want to vote in the upcoming election. Photo courtesy of Envato.

It happened the week before classes let out for Christmas break in 2018. Lauren Adriana Virzi, 23 of Orange County, California took a deep breath before reflecting on her first encounter with sexual assault at a college party.

Virzi had been celebrating the end of her final exam period and had gotten “drunker than [she] normally would have.” She doesn’t remember much else from the night after downing a shot with her group of friends. What she does remember is waking up the next morning naked in bed with someone she’d had no intention of having sex with.

“As someone who has experienced sexual harassment and survived sexual assault, I have no interest in advancing the political or power agendas of people who have perpetrated assault,” said Virzi. “Both of the leading candidates in this year’s Presidential election have been accused of sexual harassment and sexual assault. I feel like it would be a disrespectful disservice to any of their accusers to help elevate their potential abusers.”

Virzi like millions of others are not expected to cast a vote this election. While some have personal reasons  others  feel as though their vote or voice wouldn’t change anything.

In a recent FiveThirtyEight study, 25% of those polled believed that their votes “don’t count” or “don’t matter”, and of this 25%, many are under the age of 35. And according to a study done by the Pew Research Center following the 2016 election, personal dislike of candidates was cited as one of the leading reasons individuals don’t participate in Presidential elections.

At this time of publication, 19 women have come forward to accuse President Trump of sexual misconduct, ranging from rape to non consensual kissing and physical touch.  Several women  have come forward alleging inappropriate workplace sexual advances by formal Vice President Biden, with Tara Reade accusing Biden of overt sexual assault. Both candidates have vehemently denied these accusations, but nonetheless the allegations of abuse may have rattled some voters like Virzi who have experienced sexual violence or harassment.

“This just goes to show you how allegations like this do nothing to hinder the ambitions of rich, white, powerful men.” said Virzi. “I feel like voting for either of these people would just further emphasize how little we care about survivors and about vulnerable people.”

Martin Zamarripa, 22 a resident of Pico Rivera, California, won’t be voting either. He is the son of two undocumented parents, and doesn’t believe that either candidate has advocated strongly enough for the undocumented community. Their responses in the last debate was a huge disappointment.

“The Biden Administration and the Trump Administration couldn’t answer definitively answer how they are even going to reunite the undocumented children that have been ripped from their families and separated in US detention centers by ICE,” said Zamarripa.

In the last Presidential debate, some viewers criticized the candidates for being unable to specify their own policy tactics to reunite the 545 migrant children to their separated families.

“They supposedly are ‘working hard’ to reunite families but it has been too long.” said Zamarripa. “How does this inaction prove that either candidate’s administration is going to care and prioritize immigrants and immigrant needs? Especially during this pandemic?”

For Deven Chevannes, 24, of Brooklyn, lack of enthusiasm stems from the candidates responses  to police brutality.

“Neither candidate has made a strong enough effort to protect and empower the Black community, especially following the murders of George Floyd, Breonna Taylor and so many other victims of police brutality,” said Chevannes. “After everything that went down in May, I realized just how badly we need to dismantle police forces and change our ‘justice system.’ I’m going to be voting in local elections, but I can’t participate in this Presidential election, because I think we deserve so much more from our candidates.”

Some complaints Americans have regarding both candidates is how they consider – or don’t consider – certain policy issues.

“I disagree with both candidates on a lot of policy items, especially on issues regarding climate change and fracking. I’d never vote for Trump, but Biden is way too moderate,” said Daniel Pemberton, 23 a graduate student living in Brooklyn. “I live in Bushwick and I just know that both my district and my state are going to vote for the democratic candidates, so I don’t really think my vote is necessarily going to sway or change anything.”

“If I lived in a state like North Carolina or in Pennsylvania, maybe I’d feel differently about casting a Presidential vote.” said Pemberton. “But I don’t. I live in a state that has consistently voted for the democratic candidate and leftist causes in general. But we have the same electoral sway as a state like Kansas. Since I live here in New York, I know my state won’t go red. And since I disagree with both candidates and their ideologies, I’m not going to vote knowing my vote doesn’t matter.”

Others are turning to other parties, like the Green Party because of their dislike of Trump and Biden.

“Since I live in the Bay Area in California, which is an extremely liberal area, I just don’t feel like my decision to not vote is going to change much.” said Madelyn Dolan, 22 of Moraga, California. “ I’m going to be voting Green Party instead and participating in voting for local propositions. I know how my district isn’t going to vote for Trump, so I don’t feel a great pressure or obligation to vote for the other Presidential candidate, who I also dislike and disagree with immensely.”