Thousands of demonstrators across New York City marched in honor of Juneteenth yesterday and marked the 22nd day of protests following the death of George Floyd.

Juneteenth, a day that has recently been thrust into the national spotlight, commemorates the end of slavery. On that date in 1865, history says general Gordon Granger recited a federal order to emancipate slaves in Galveston, Texas.

But not everyone agrees.

“When you think of Juneteenth, don’t say nothin’ about no General Granger,” said New York Assemblyman Charles Barron, who represents East New York. “It’s the African soldiers, thousands of them, that said ‘let’s go free our people.’ They went from plantation to plantation, and the last place they got to was Galveston, Texas.” 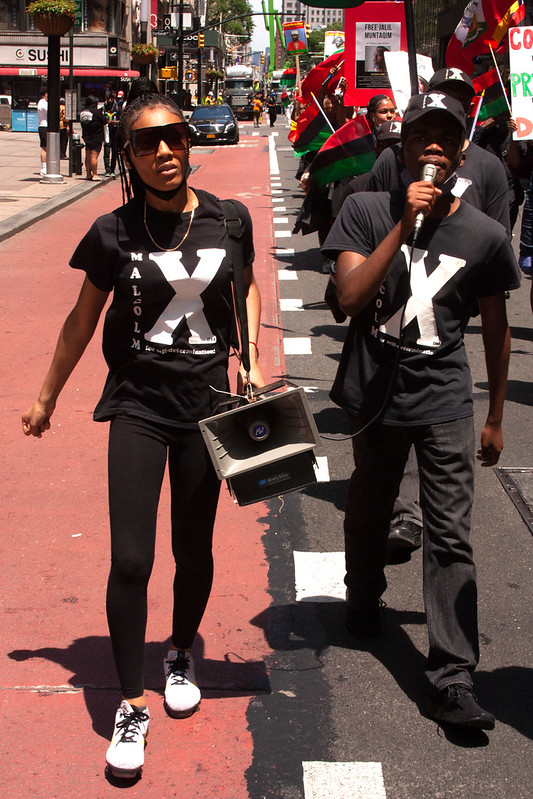 Barron joined demonstrators in a march around downtown Manhattan in the early afternoon. Stops were made at Federal Hall and the African Burial Ground National Monument, where organizers spoke about discrimination and demanded the defunding of the police.

“When we say defund the police, we’re not just talking about the police in New York,” said Greg Butterfield, an activist for Struggle La Lucha. He called for a complete abolishment of police in the United States. “That would be a serious measure right now to stop the killing of Black people in this country.”

But while protestors called for change, there was also cause for celebration. Protests were led by marching bands, conducting chants and dances in what was a peaceful demonstration.

“We are so inspired by the uprising that’s taking place in this city and this country and around the world,” said Rev.  Frank Morales, an Episcopalian priest and local activist. He was impressed by the unifying message that he heard from younger demonstrators.

“I think some of the elders will agree with me on this,” he said.

Demonstrators from Manhattan and Brooklyn convened in Washington Square Park at 6 p.m., before marching up Sixth Avenue. They made frequent stops, held vigils for victims of police violence, and listened to a recording of Martin Luther King’s “I Have a Dream” in front of the New York Public Library before descending on Columbus Circle. 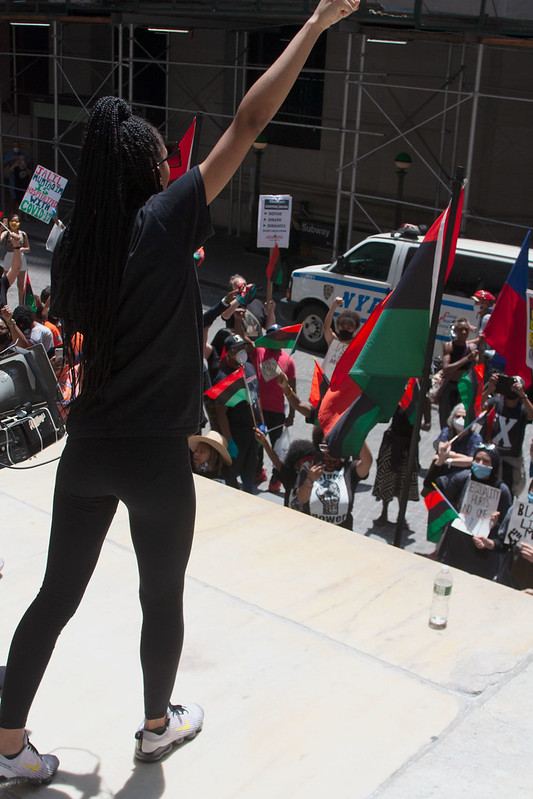 An organizer gives an impassioned speech to demonstrators. June 19, 2020. Photo by Daniel Girma

There, the group stood off against police guarding the statue of Christopher Columbus. Both Mayor Bill de Blasio and Governor  Andrew Cuomo announced that there are no plans to remove the statue, despite calls from protestors.

“Who the hell does he think he is?” asked Barron of Cuomo.

To the assemblyman, this is one more example of what he believes is the governor’s lackluster record on civil rights. The governor’s repeal of Law 50-A, which shielded police’s disciplinary records from the public, is one of a laundry list of demands that Barron feels need to be met.

“We didn’t do all of this so we can know your background,” Barron said towards the NYPD. “We want you in jail.”

Scattered demonstrations continued into the night, with more expected through the weekend. 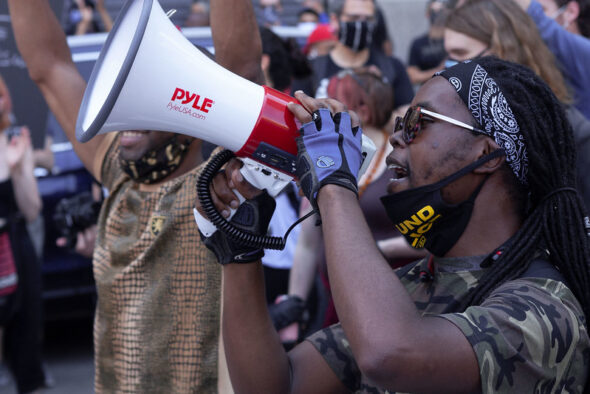 An organizer rallies the crowd. June 19, 2020. Photo by Daniel Girma 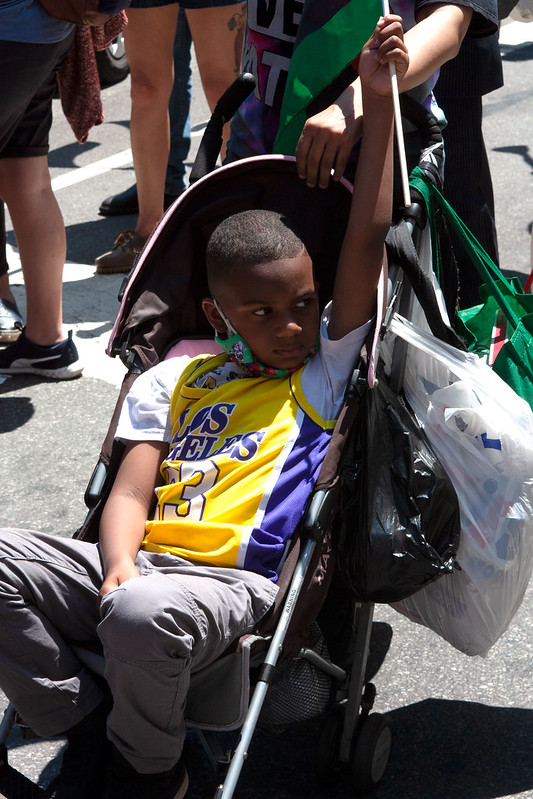 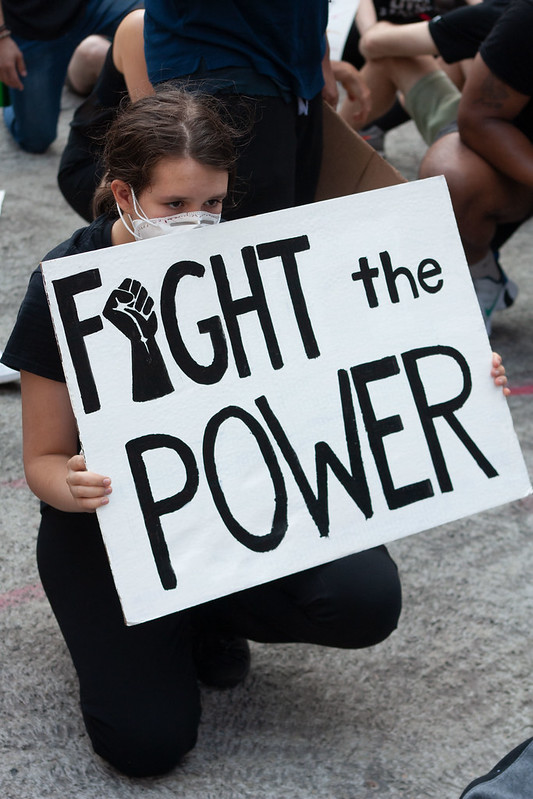 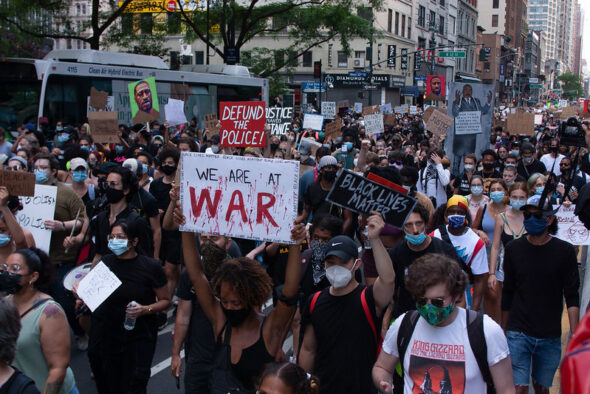 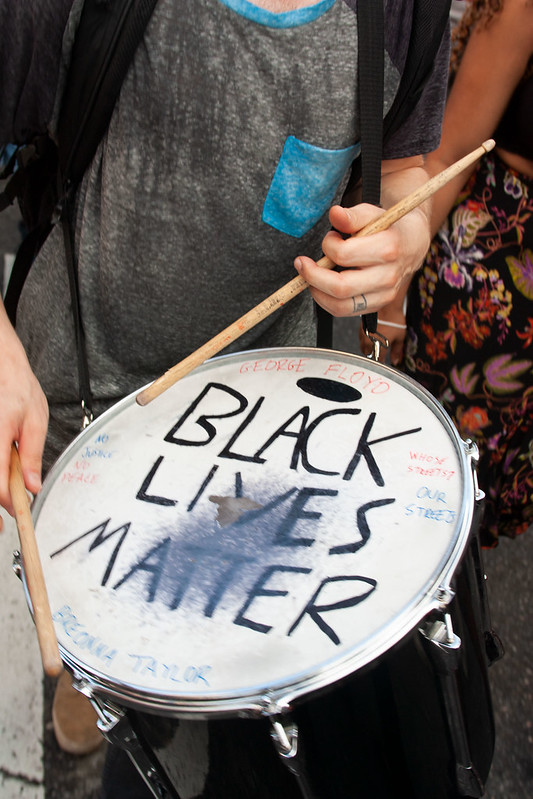 A demonstrator follows chants with a tom drum. June 19, 2020. Photo by Daniel Girma 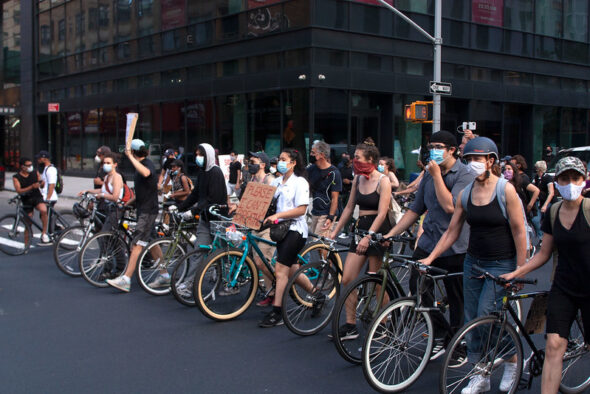 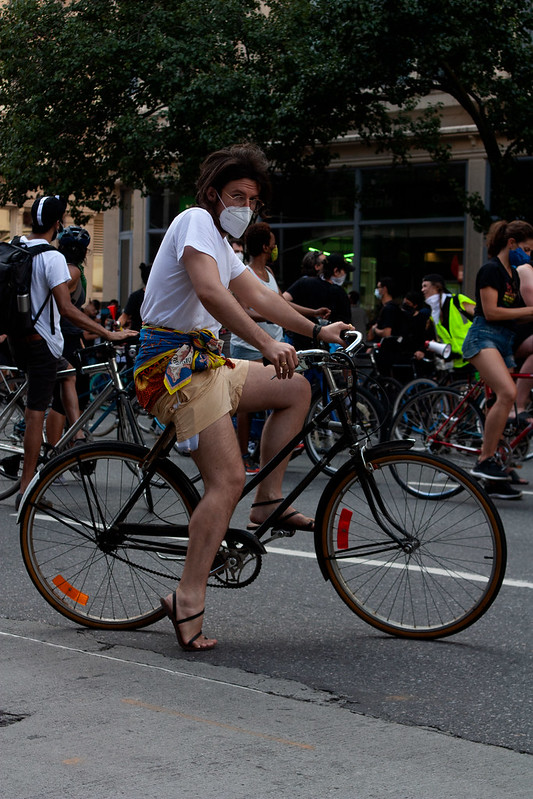 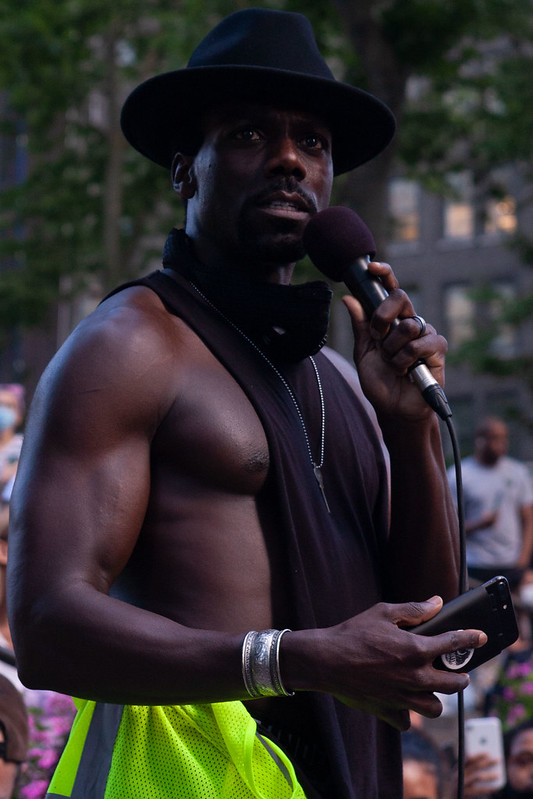 An organizer addresses the crowd. June 19, 2020. Photo by Daniel Girma 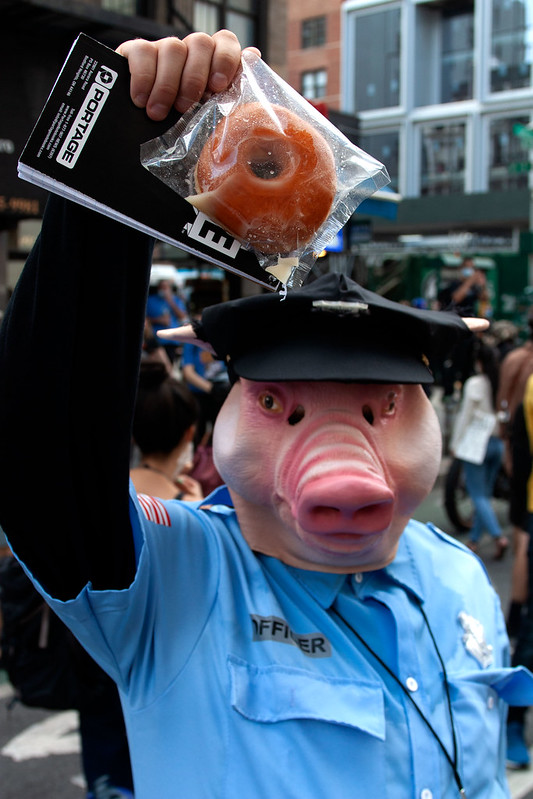 A demonstrator mocks the police. June 19, 2020. Photo by Daniel Girma 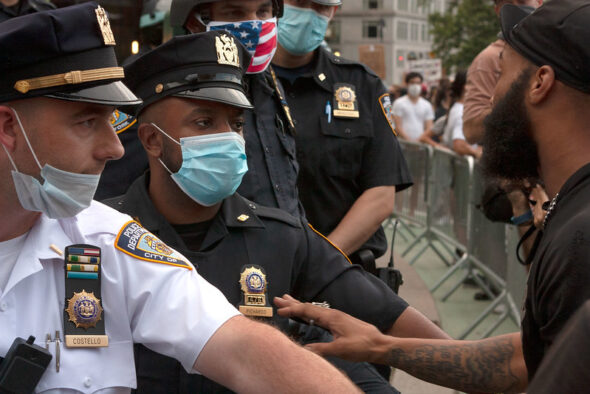 A demonstrator has a heated argument with the police. Photo by Daniel Girma