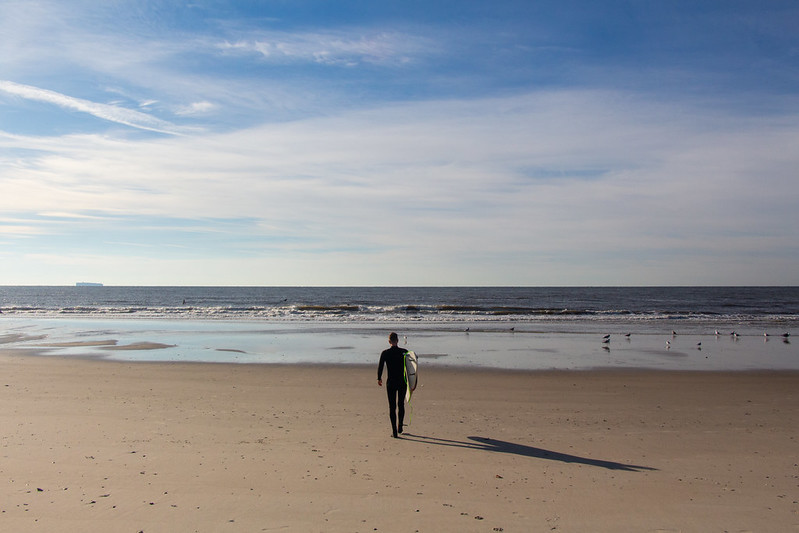 A surfer approaches the Atlantic Ocean at Rockaway’s Beach 90th Street in mid-November, when the water temperature hovered around 59 degrees fahrenheit—and the air temperature only reached the high 40’s. November 14, 2021. Photo by Abigail Gruskin

During the coldest months of the year, Rockaway’s swimming beaches clear out and boardwalk restaurants shut down—but the waves keep coming, and so do die-hard surfers. “Only the more experienced surf throughout the whole winter, besides the couple of extremely dedicated students that are willing to freeze,” explained lifelong surfer and Rockaway Beach local Kailani “Lani” Mergen, 19, who works as an instructor at Locals Surf School.

Rockaway Beach feels worlds away from the hustle and bustle of Manhattan, but the ferry from Downtown’s Pier 11 can get you to the beach—which borders the Atlantic Ocean in Queens—in under an hour. Some surfers commute from different boroughs, like Manhattan and Brooklyn, even during the fall and wintertime. Others, like Ammon Dennis, who first learned to surf in Puerto Rico in 2013, move from different parts of the city to Rockaway to have easier (and more frequent) access year-round.

“I’ve been out when it’s snowing,” Dennis, 46, said. “It’s actually kind of cool, because you’re the only one out there—or one of the few.”

Surfing in New York City was technically illegal until 2005, when the section of shore at Beach 90th Street became the “first legally surfable beach within New York City limits,” followed by another spot at Beach 67th Street two years later, according to the New York City Department of Parks and Recreation. Both are home to a tight-knit community. “Rockaway has a big family of locals that take you in and never let you leave,” Mergen said. 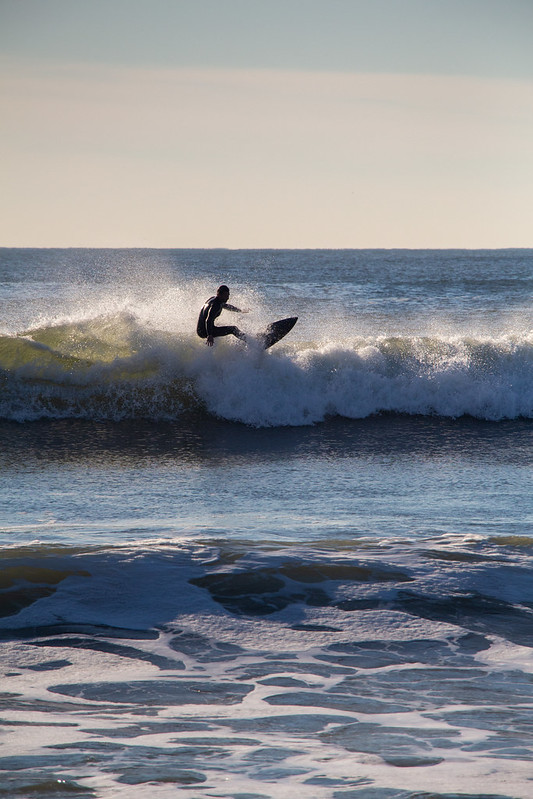 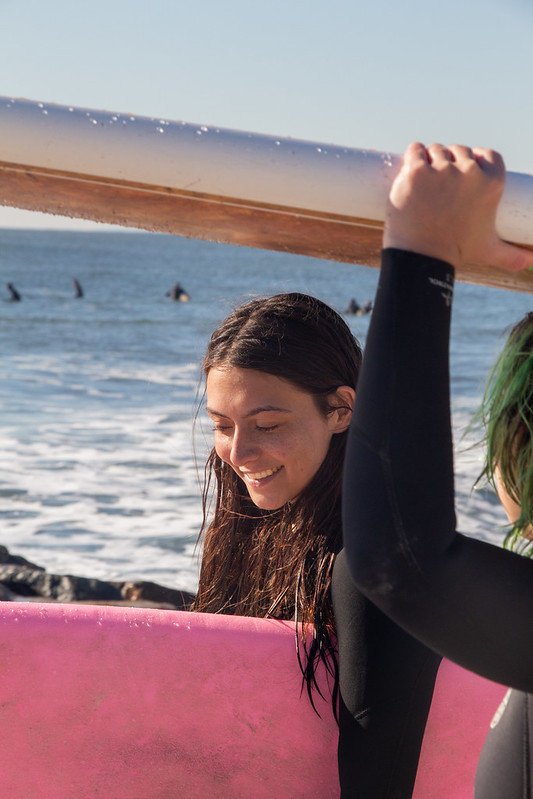 Kailani “Lani” Mergen (left) walks alongside a fellow surfer on the shore at Beach 90th Street in the beginning of November. Mergen, 19, learned to surf from her parents, who taught her as a kid. November 8, 2021. Photo by Abigail Gruskin 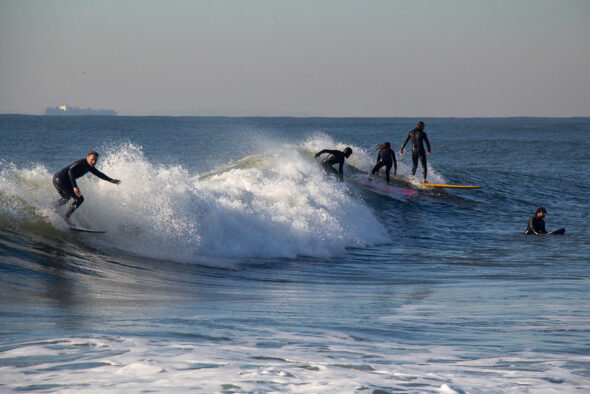 The surfing crowd at Rockaway Beach noticeably thins out in the colder months, according to Mergen. “People who surf Rockaway in the summer go to other places when it gets cold,” she explained, noting Puerto Rico as a popular winter destination. “When they leave, they take a big part of the surf community with them.” November 8, 2021. Photo by Abigail Gruskin 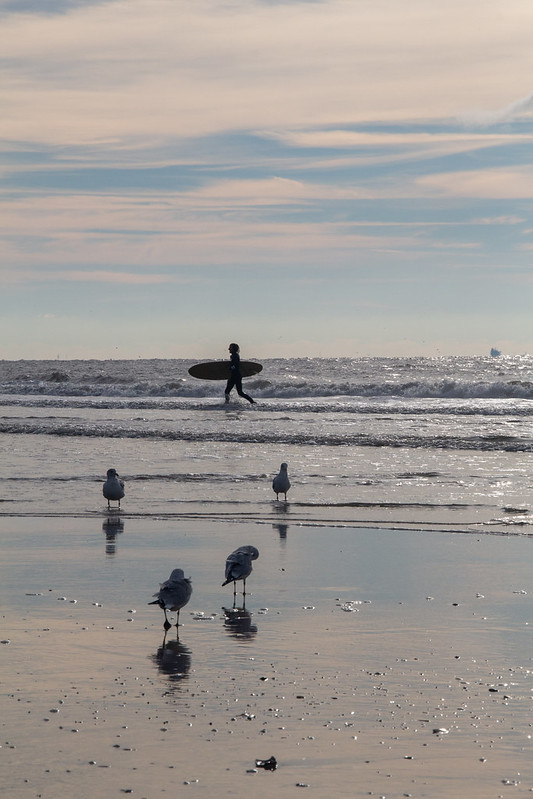 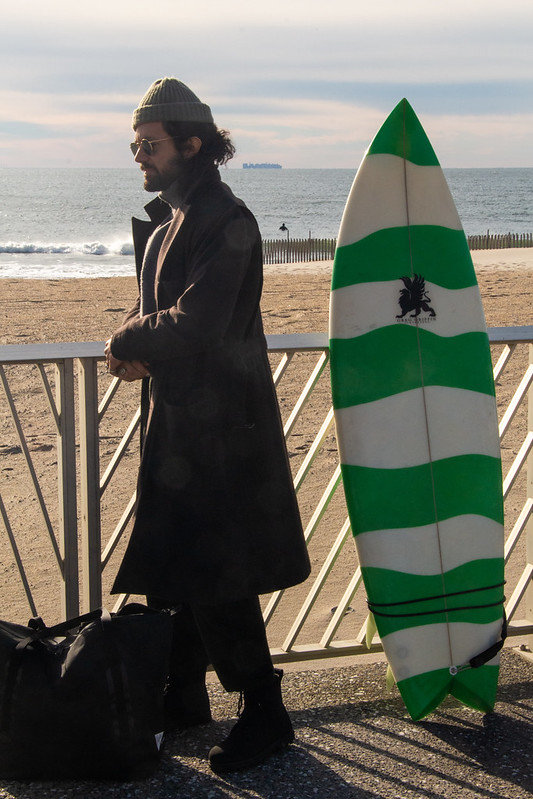 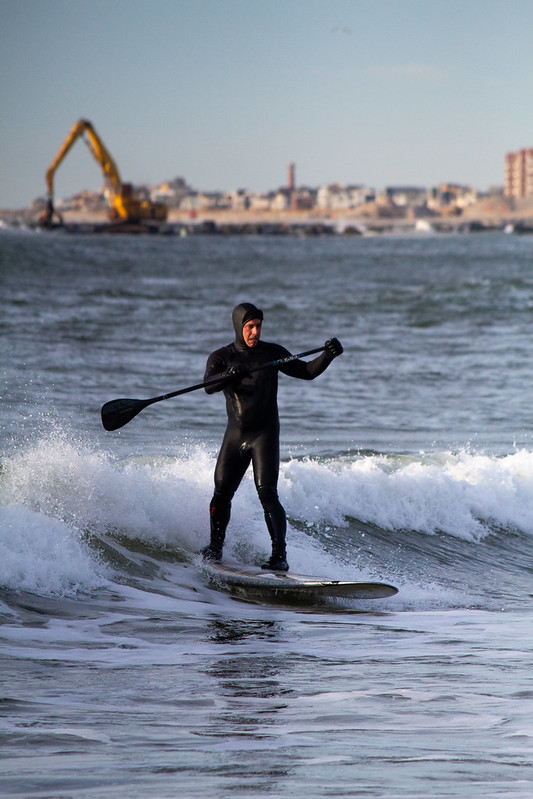 Construction has continued as the backdrop for surfers at Rockaway Beach through the fall and early winter. December 7, 2021. Photo by Abigail Gruskin 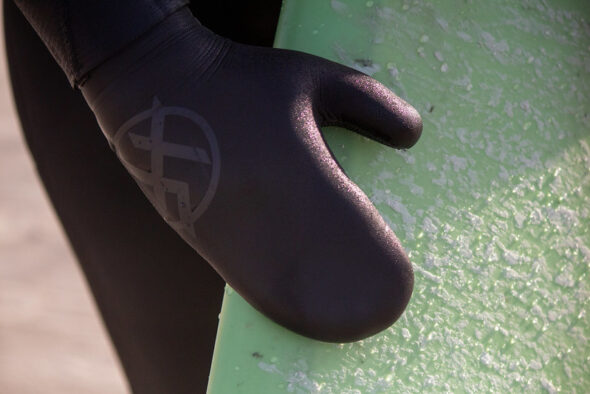 As the weather gets colder, surfers gear up with full body wetsuits, booties and gloves to keep warm. The outfits can easily cost hundreds of dollars. December 7, 2021. Photo by Abigail Gruskin 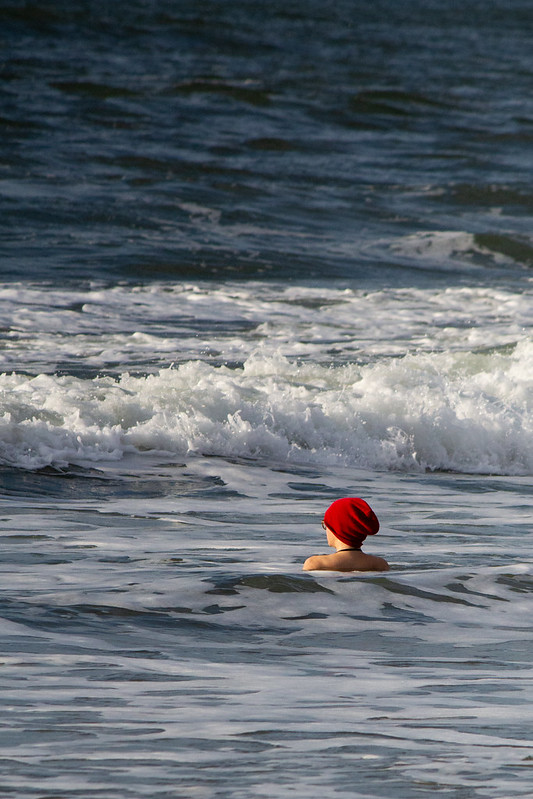 A lone cold-weather swimmer takes a plunge near the surfers at Beach 90th Street one morning in early December, when the air temperature was around 40 degrees fahrenheit (and the water temperature was still in the low 50’s). December 7, 2021. Photo by Abigail Gruskin 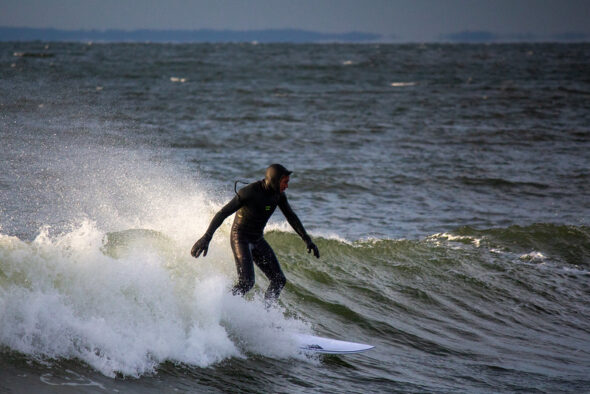