The Loss of a Park 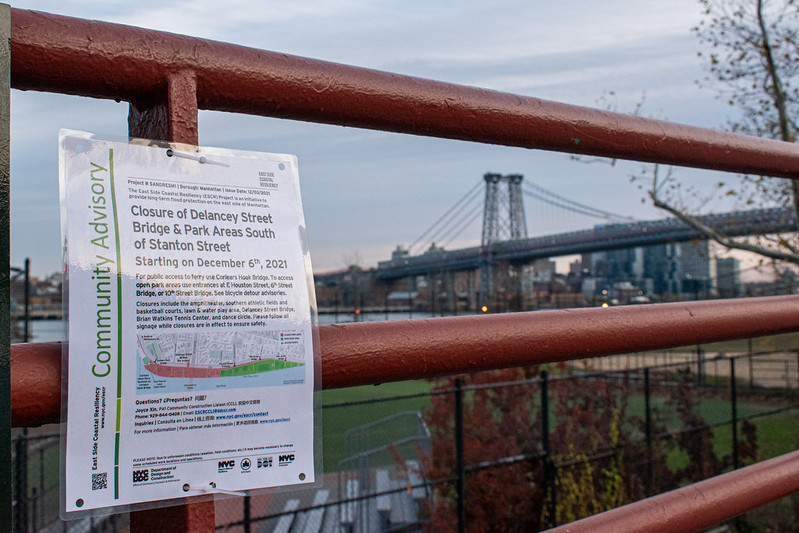 A view of the Williamsburg Bridge and the new public advisory on a partial park closure, from the Houston Street entrance. Photo by Leah Foreman

The New York City Department of Design and Construction is moving forward with the renovation of East River Park, a beloved greenspace of the Lower East Side. This construction is set to take about five years and would upend the lives of countless people who depend on the waterside park as their local spot for fresh air, biking and running paths, and tennis courts—all of which are now in jeopardy.

The plan, East Side Coastal Resiliency (ESCR), involves the expansion of the East River to offset the rise in sea level. To account for widening the river, the park must shrink and hundreds of mature trees, plants, and saplings will be removed and replaced with saplings and Astro Turf.

Work on the lower half of the park at the Delancey Street entrance, began on Dec. 6, 2021. This phase will involve the loss of parts of the bike path and the tennis courts. 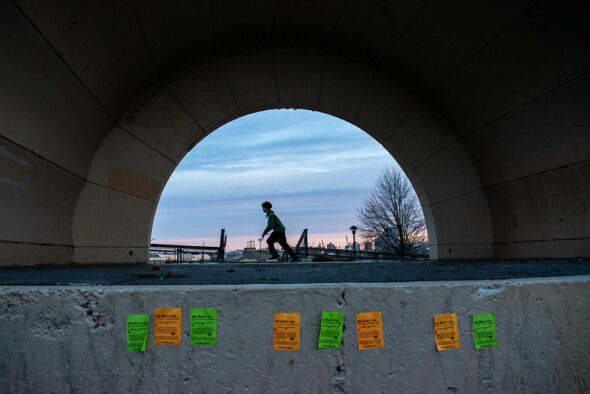 A lone skateboarder rides across the platform of the amphitheater stage in East River Park. Photo by Leah Foreman 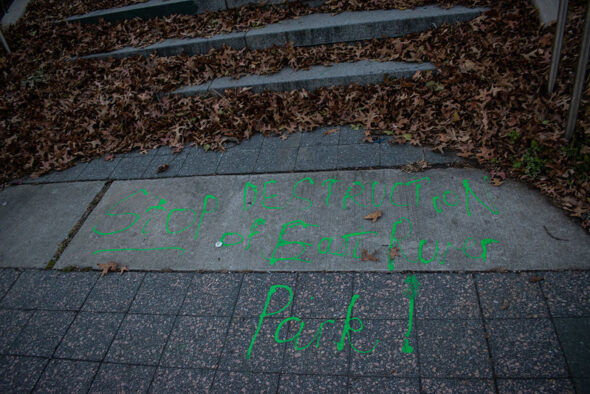 At the bottom of the stairs to the amphitheater, from the bike path, a green message was painted in desperation: Stop Destruction of East River Park! This area is part of the newly sectioned off construction area. Photo by Leah Foreman 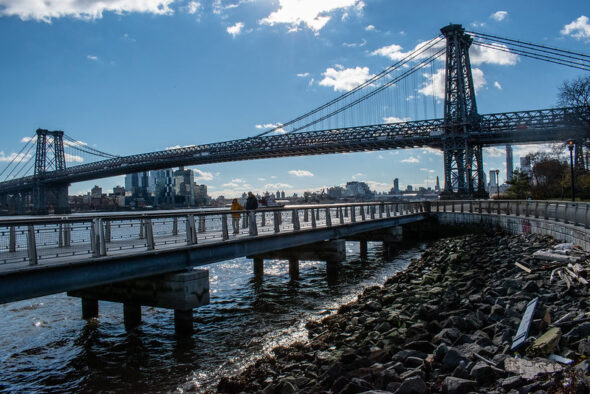 A south-west view of the Williamsburg Bridge and the litter that piles up under the bike path at East River Park on Dec. 5, 2021. Photo by Leah Foreman 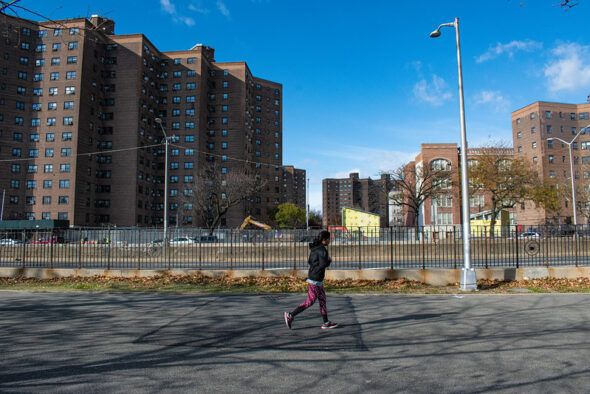 A woman jogs along the path at the park on Dec. 3, 2021. As construction picks up in East River Park, construction of NYCHA housing has been ongoing. Photo by Leah Foreman 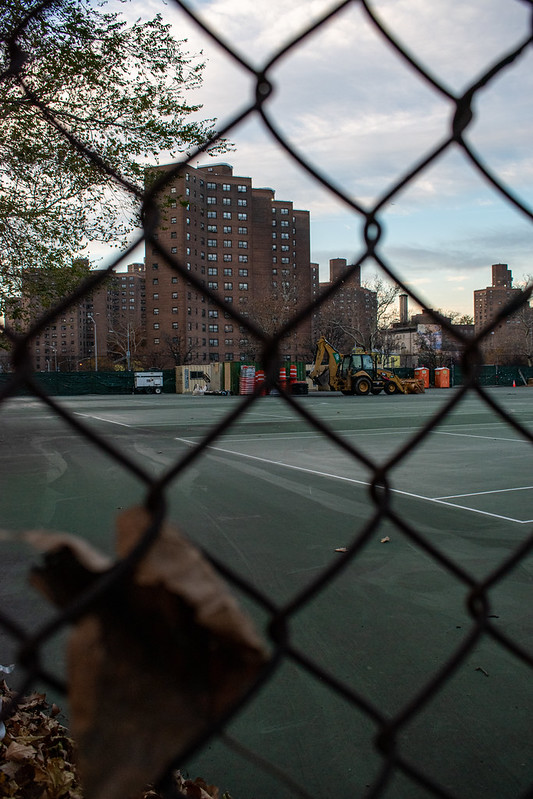 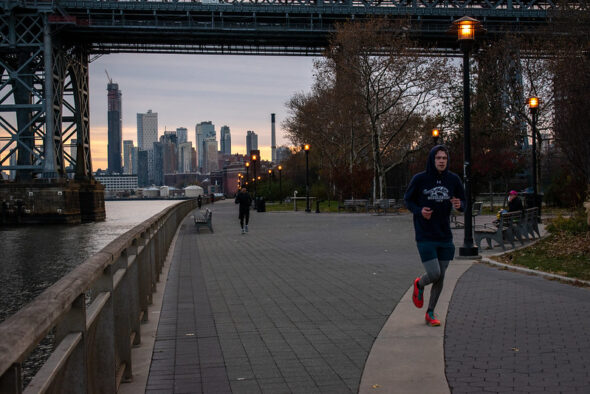 Joggers use the path on Dec. 5, 2021 the last day it was fully open. Dec. 6, 2021 marks the start of construction of half of the park’s bike path. Photo by Leah Foreman 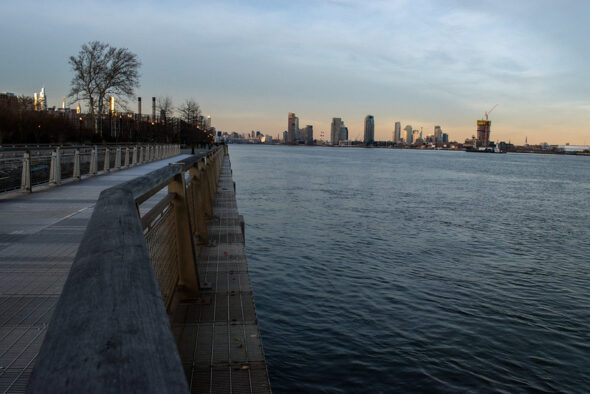