The Pretty Reckless rock out in NYC 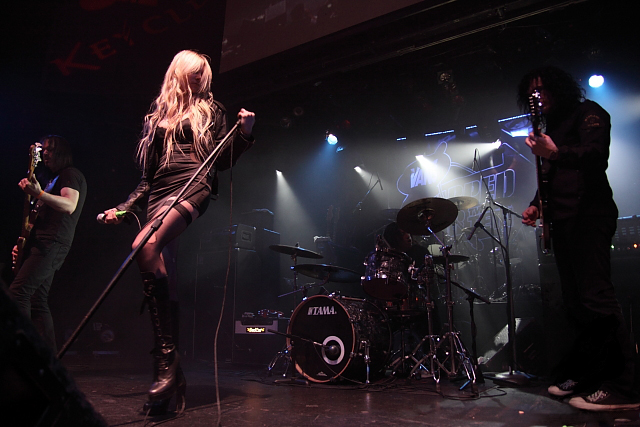 The Pretty Reckless, a New York City based band. Photo courtesy of  Wikipedia

Through a mop of blonde curly hair, silhouetted by blue, yellow, and purple lights, front woman Taylor Momsen and band mates of The Pretty Reckless kicked off the night’s iHeartRadio Live concert in New York City on Monday evening.

Thrashing, hair flipping and dancing began with the show’s opener, “Follow Me Down,” the band’s first track off their sophomore album Going to Hell. It was a good choice, with Momsen, guitarist Ben Phillips, drummer Jamie Perkins and bassist Mark Damon walking on stage into darkness. The song slowly grew heavier with a rush of drums, guitar and bass, leading into Momsen’s vocals as the lights shined. And this girl has pipes – loud, gritty, throaty ones.

After a hundred or so fans rocked out in the intimate space, iHeartRadio’s host, Jonathan Clarke, introduced the band and asked a few questions before “Sweet Things,” which Momsen and Phillips said was influenced by David Bowie and Little Red Riding Hood.

“I think rock needs a revival and I hope that we can be a part of that,” Momsen answered when asked whether she thought the band was influential, especially to young girls. “And, you know, by meeting fans and things I definitely see a lot of people coming up and saying … ‘I heard your song and now I’m playing guitar’ or ‘now I’ve started a band’ or whatever, so that’s great if we can inspire anything inside of anyone, that’s a goal.”

Clarke also asked if the Reckless plan on releasing an acoustic version of Going to Hell, to which Momsen said yes, and that it’s currently in the process.

“We are doing an acoustic Going to Hell, which kind of gives the listener an inside look as to how the songs were originally written,” Momsen said to high applause and cheers. “So it’s kind of like the songwriter demo version of all the songs before we brought the band in. Because we write everything on acoustic when it starts and then we bring these guys in and it develops into what you’re hearing now.”

“Well speaking of hearing things,” Clarke said, “How about we hear ‘Heaven Knows’?

The first single off Going to Hell, the song reached No. 1 on the Billboard Mainstream Rock Songs in March, a feat extra special since it was just the second No. 1 on Mainstream Rock Songs in the last 24 years to feature a female lead. Opening with quiet guitar riffs by Phillips, a light drumbeat, and a soft crowd-clap, Momsen sang the opening verse before leading into a ramped-up vocal of the entire song. “Go!” she yelled throughout, pointing the microphone at the crowd, playing on stage and interacting with the fans.

The band’s first single we ever heard from them, as Momsen said, was next. “Make Me Wanna Die” was a crowd favorite that led into title track “Going To Hell” and the closer, “F*cked Up World.”

“I’m gonna need you guys to get real loud on this next one, ‘cause New York City, you’re at iHeartRadio, but you’re still going to hell,” Momsen said. Feeding off the audience, she held her mic out and asked the crowd to scream.

“You can do better than that. Scream it!”

Ending on a high note, the Reckless performed “F*cked Up World,” the group’s second No. 1 song, which peaked in September on Mainstream Rock Songs, making it the band’s second straight No. 1 and making the group just the second band to reach the top of the charts with a female vocalist since 1990.

About halfway through, Momsen, Phillips and Damon ran off stage, leaving Perkins to drum solo with mixed trippy techno beats blaring from speakers for almost six straight minutes. The mates came back for the remainder of the song – Momsen with a tambourine, dancing in circles – as they hung on every note and riff until continued applause, which really never stopped during the hour-long set.

“New York City thank you so much,” Momsen said, shaking her tambourine to all sides of the room in appreciation. “Thank you iHeartRadio, we’re The Pretty Reckless, we love you, thank you, we will see you next time, have a great f*cking night.” 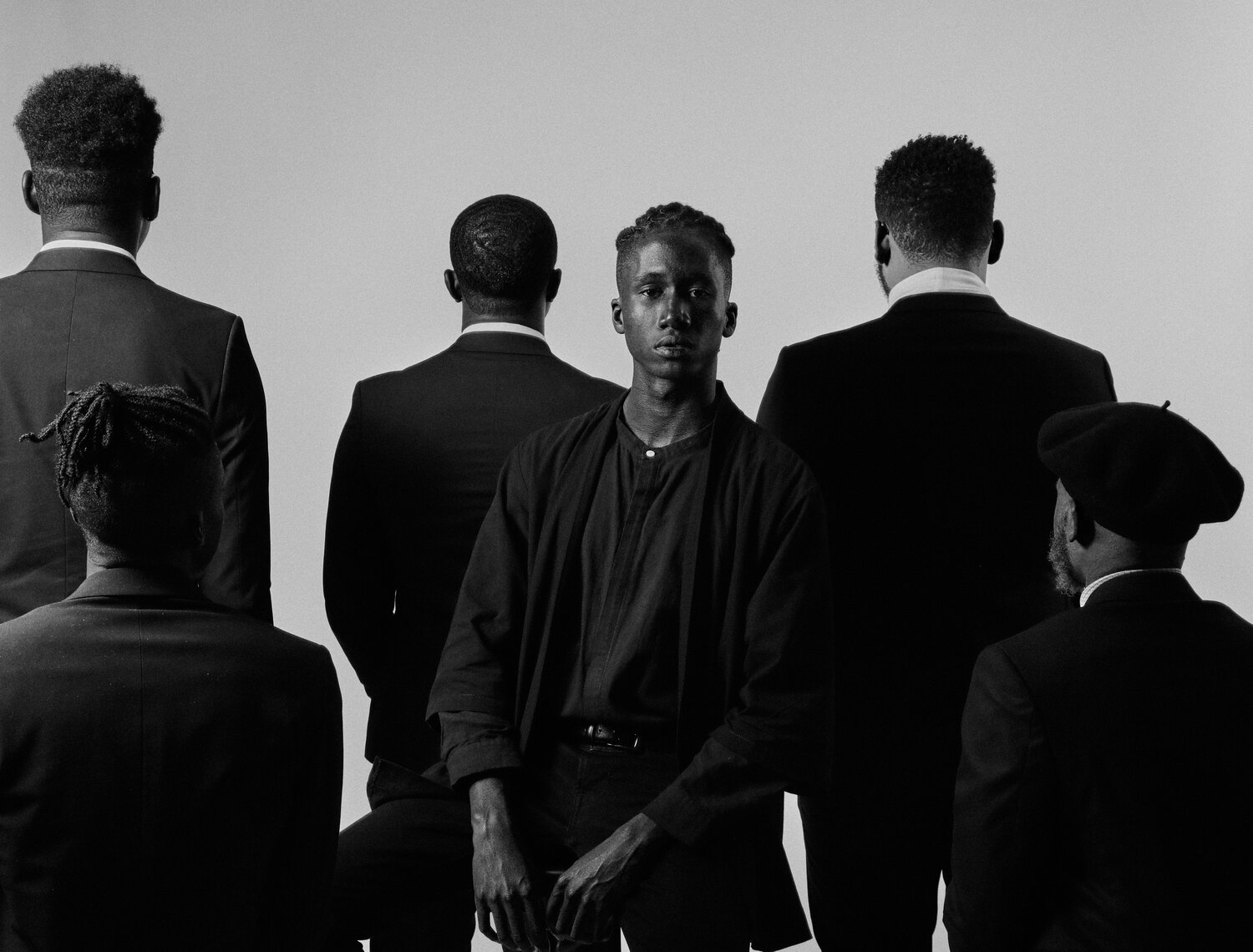 His models hold their heads high, often looking down the barrel of the lens, their faces stoic, powerful. 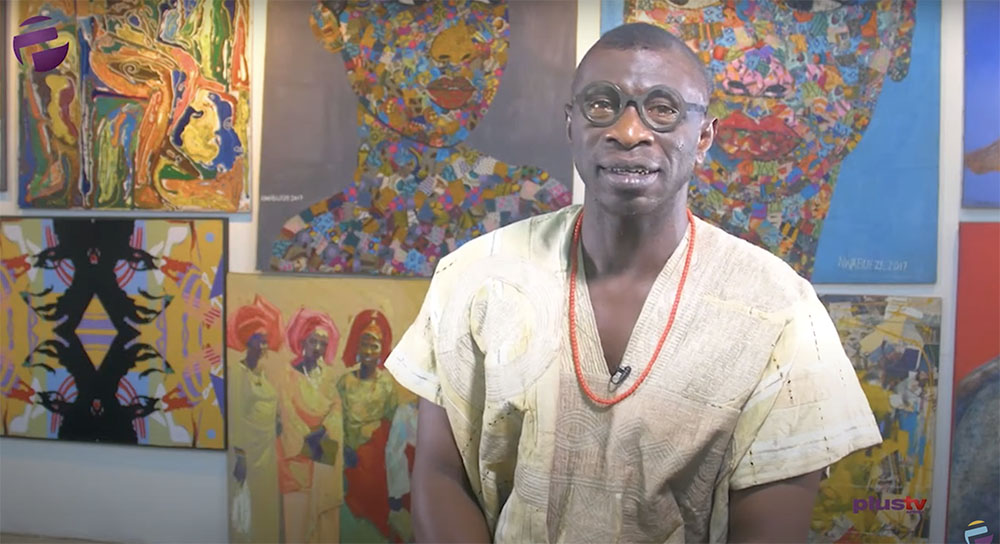