The Vibe Keeps it Alive 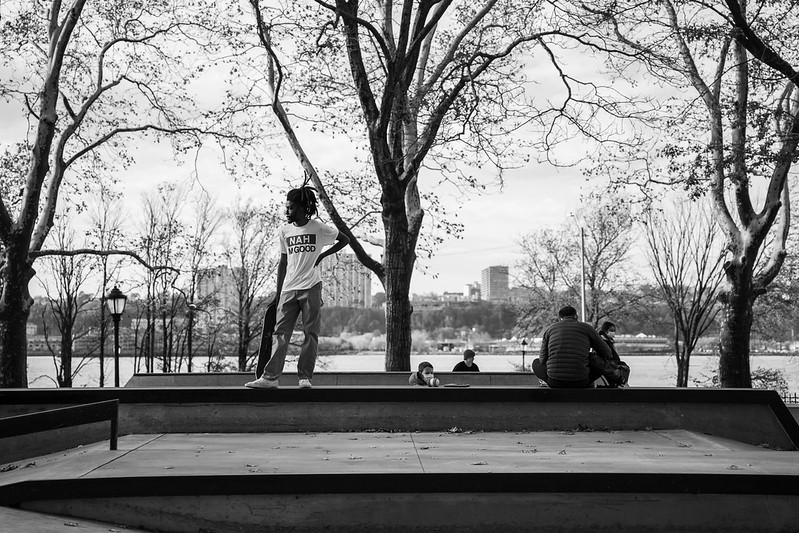 A skateboarder stands atop the half pipe while taking a quick break to catch his breath at Andy Kessler Skatepark. His shirt reads “Nah I’m Good,” which received positive reactions from fellow skaters. November 21, 2021. Photo by Nathan Morris

The skaters in this series have one thing in common: their love for Andy Kessler Skatepark. The park, formerly called Riverside Skatepark, was designed by pro skateboarder Andy Kessler, who was a key figure in the popularity of skateboarding rising in New York City decades ago before his tragic death in 2009.

It was the first municipal skatepark in New York City and was recently renamed after Kessler after receiving several petitions. Many people come here because of their shared passion for skateboarding and love for the park itself.

“This is my favorite skatepark,” Dazz Blake, 25, said. “I come here because of the vibes. Everyone here has good vibes and everyone supports each other.”

Dazz often comes here from New Jersey with his friend Joel, where they begin with a warmup of “S.K.A.T.E,” which is skateboarding’s version of basketball’s “H.O.R.S.E.” It’s a place where they can take the sport seriously, but also have fun while doing it.

Josh Canner, 19, commutes here from Nyack often on the weekends with his friends to skate. He said this skatepark is one of the best parks aside from the one where he and his friends live because of the people and how it was built.

Andy Kessler Skatepark offers a place of community for these people. Each skater in this series comes from somewhere different. What connects them is mutual love for the sport, which brings them back to feel the vibes of this skatepark time and time again. 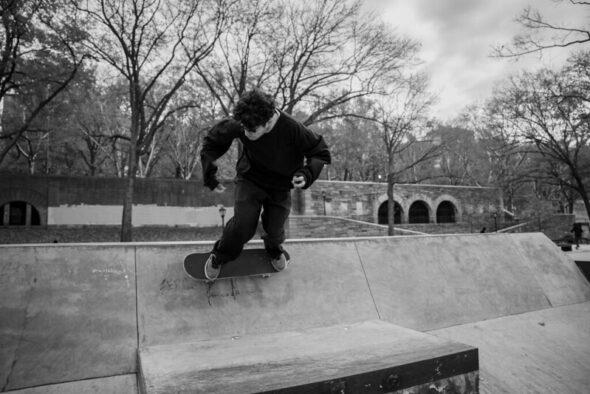 Alex does a run on the half pipe. He was visiting from London and was heading back home before the holiday. He has been skating since he was a kid. November 28, 2021. Photo by Nathan Morris 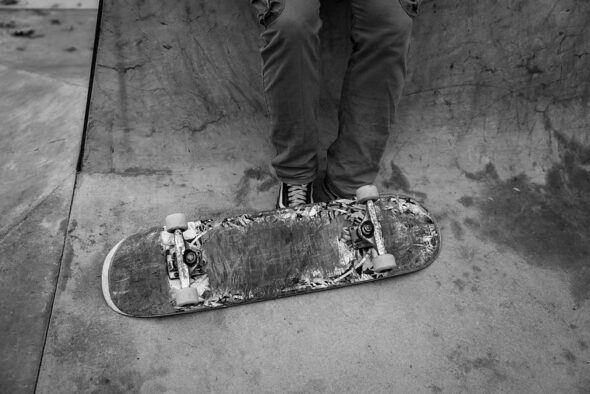 “This board might be beat up, but until it’s on the last bearing, I just can’t afford to get a new one,” Dave Darling, 32 said. He is a new father and said that he plans on using the board until it starts falling apart because he can’t really afford to buy a new one. December 2, 2021. Photo by Nathan Morris 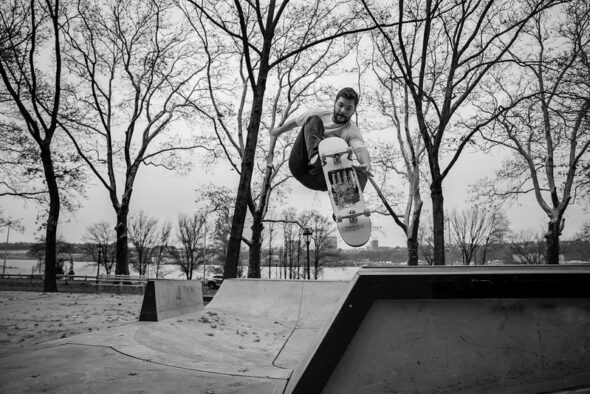 Pierce Mead, 26 attempts a trick off the half pipe, but could not land it. “It’s not gonna happen,” he said after many failed attempts. December 2, 2021. Photo by Nathan Morris 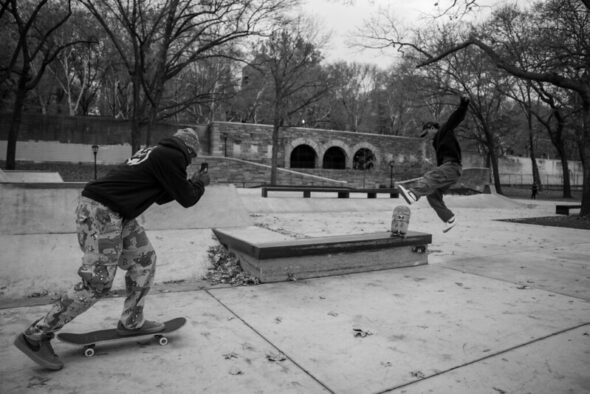 Dazz Blake, 25 films his friend Joel performing a trick. After multiple attempts, his friend still could not land it, but Dazz encouraged him to keep trying and continued to film for the moment when he did. December 2, 2021. Photo by Nathan Morris 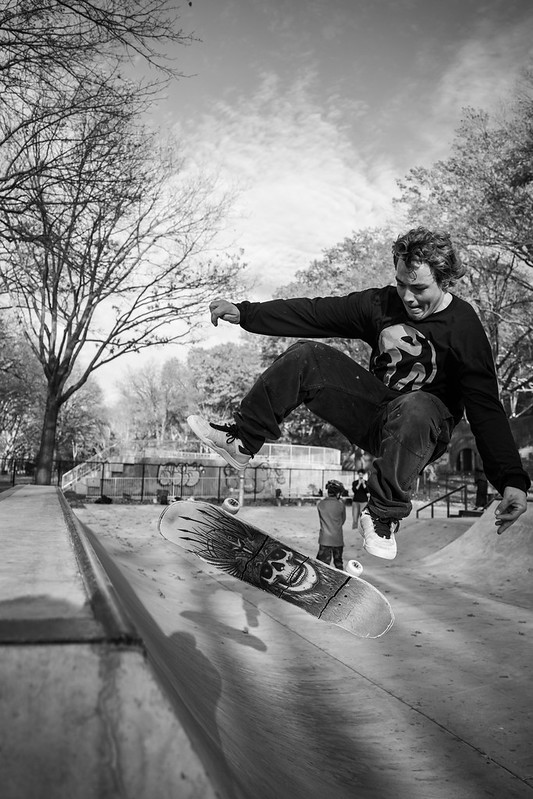 Josh Canner, 19 performs a trick on the half pipe. He often comes to this skatepark from Nyack because it’s his favorite park aside from the one located near him. November 21, 2021. Photo by Nathan Morris 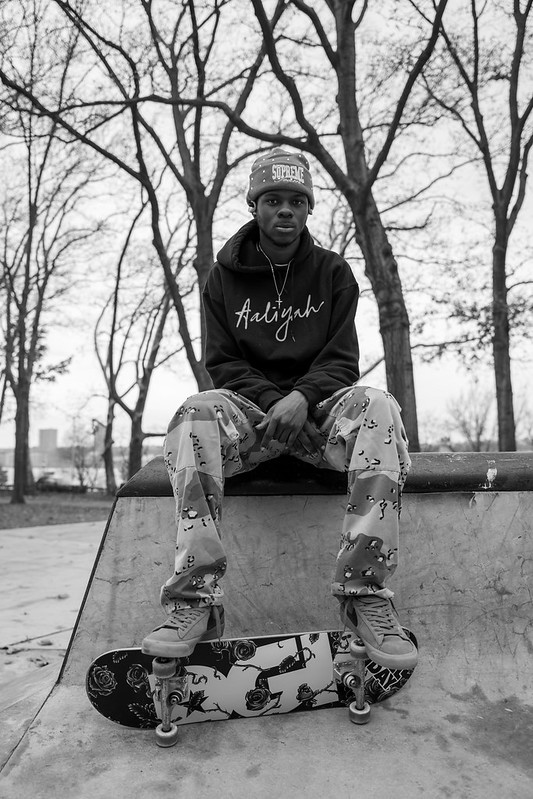 “I just got this board,” Blake said. “DGK really cares about the skaters that use their brand and that’s why I like them.” December 2, 2021. Photo by Nathan Morris 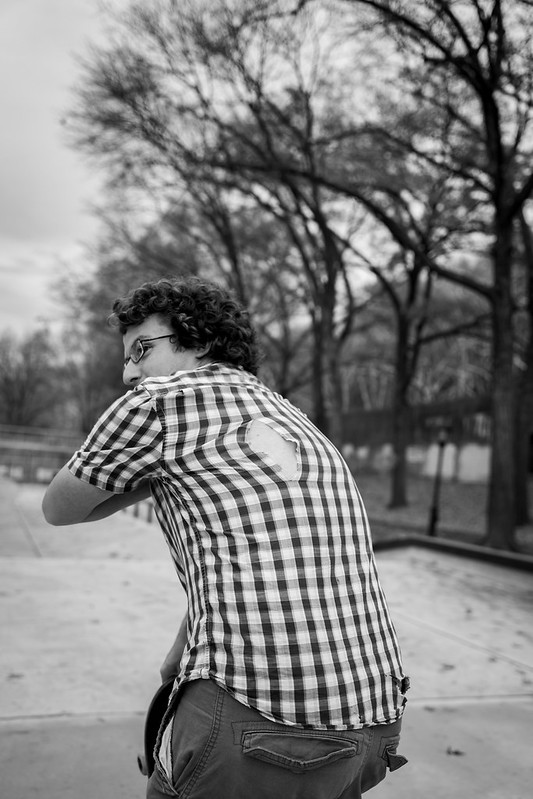 Dave Darling ripped his shirt while skating. He said he felt like the Hulk. After ripping his shirt, he continued skating; the rip continously blowing in the wind. December 2, 2021. Photo by Nathan Morris 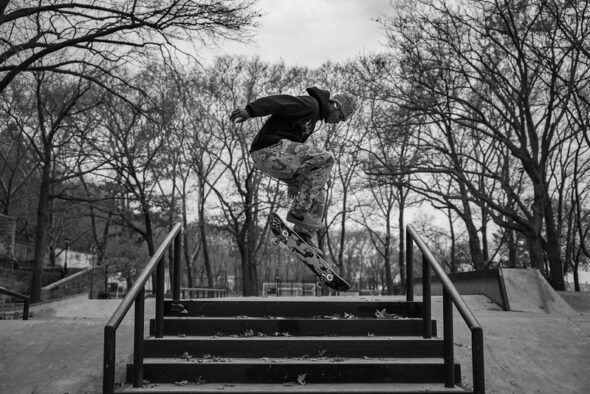