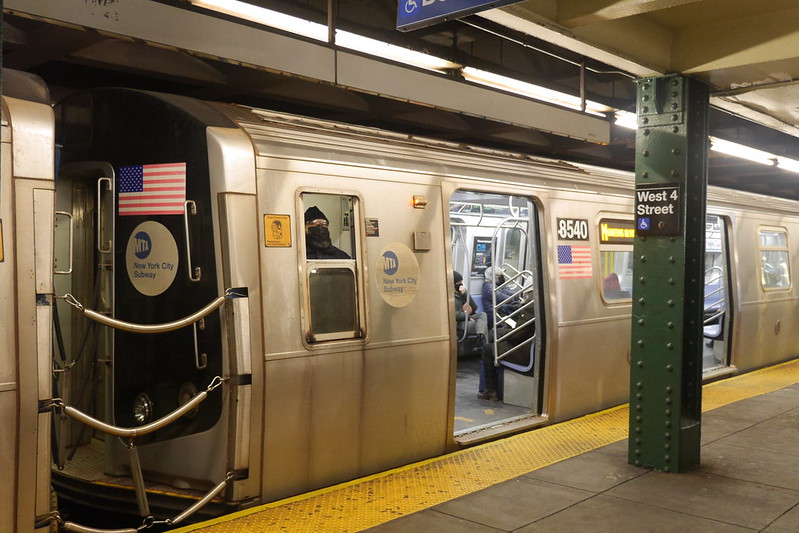 Metropolitan Transportation Authority (MTA) employees are angry, scared, and exhausted by the spike in transit crime.

“I’m afraid of taking the trains, and I have to take them 10 times a week. It’s straight up dangerous” said a station agent at the Times Square-42nd Street station. He didn’t want to give his name for fear of retribution.

New York City ended 2021 with the highest numbers of subway crime seen in 25 years, according to New York Daily News. Transit crime has gone up 88.5 percent from 2020 to 2021, according to CompStat 2.0, the crime statistics portal from the New York City Police Department.

There were more than double the number of murders and rapes in 2021 than there were in 1997, and underground assaults reached their highest count since 1997 at 461.

“Crime has been really high. The subways have just become a free for all,” said a 2nd Ave station agent who did not give their name because of fear of retribution. “It pisses me off.”

Even with police in trains and on platforms, crime manages to persist. There were two police officers on the southbound side of the R train at the Times Square station when Michelle Go was pushed to her death on Jan. 15.

Go’s death sent shock waves throughout the city, as riders, transit employees, and city officials grappled with the tragedy and the grim reality of transit crime in New York City.

In his four years as a train conductor, Rodriguez has never experienced a “12-9” which is the radio code for someone hit by a train, but has come close on a few occasions.

“You never know what your day is gonna entail, when you come and you sign in on payroll. We hope it ends the same way we came in,” he said.

The trauma that comes with experiencing a 12-9 leaves many transit workers “mentally distraught for months,” said Rodriguez.

Fortunately, therapy and grief counseling are provided for transit workers through their health insurance. Security guards, however, are not so fortunate.

A security guard at the Delancey-Essex station said he gets assaulted daily and doesn’t receive counseling to deal with his daily stressors because he’s not an MTA employee. Security guards are hired privately by the MTA and don’t have the same benefits as MTA employees.

“We’re putting our lives on the line. We don’t get treated correctly by nobody. We get talked bad to. We’re just trying to make it home,” he said.