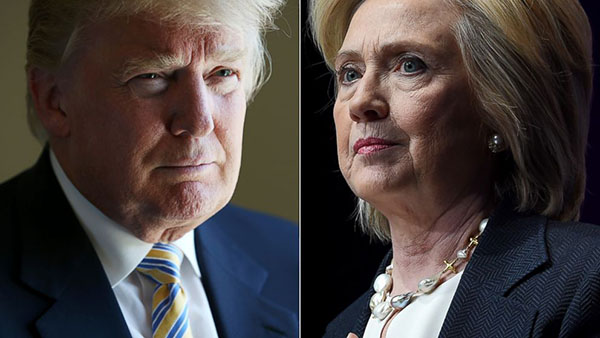 The winners of the NY Primary, Donald Trump and Hillary Clinton.

New Yorkers came out for the home team yesterday, launching Donald Trump and Hillary Clinton to big victories over their rivals.

Business tycoon and reality TV star Donald Trump trounced John Kasich and Ted Cruz with 60 percent of the votes. John Kasich was in second place at 25 percent and Ted Cruz, a very distant third, was sunk by his derogatory comments about “New York values,” which led to a series of blistering attacks throughout his NY campaign.

Hillary Clinton put an end to Bernie Sanders’s seven-state winning streak by beating the Vermont senator by double digits, 58 percent to Sanders’ 42 percent. Although Sanders was born in New York and held large public events in the state, Clinton served the state as senator and lives in Chappaqua, New York. Clinton has done well in states with large minority populations, while Sanders has been victorious in overwhelmingly white states.

At the polls yesterday, New Yorkers had a chance to be heard through their votes.

Julie Ferri, a Democrat who voted at the Ingersoll Community Center in Brooklyn, said she supports candidates that  advocate progressive thinking, and that was best illustrated by both Sanders and Clinton.

“I really like how the Democratic party is pushing immigration reforms, improvement of wages and education, LGBT freedom, women’s rights—pretty much everything,” said Ferri.

But voters Sharon Wexler and Ebony Hunter were more vocal about supporting Clinton.

“I voted for her because I think she’s super qualified,” said Wexler. “I like her platforms on improving education and economic development.”

“This might be the best year for her,” added Hunter. “I hope she gets ahead of everybody. She has the best interests for us at this time and I feel she’ll do a good job in helping stop war engagements, because right now, a lot of Americans are losing their family members [because of war conflicts] and it’s not getting any better from what I observed. I think if people give Hillary a shot at presidency, we’ll have a better chance in life.” 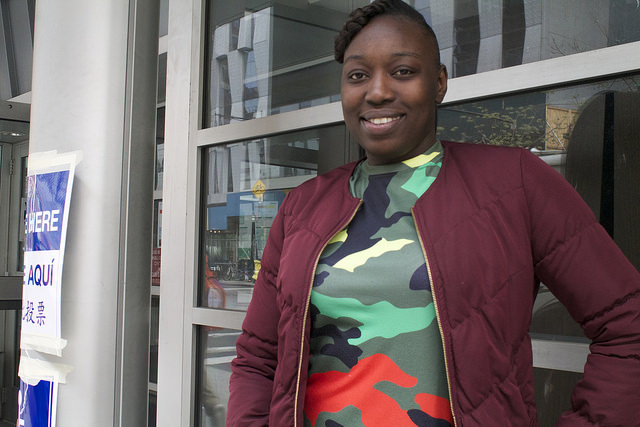 Ebony Hunter is excited about the possibility of seeing Hillary Clinton as the first female US president. She believes that Clinton has best interests for Americans. Photo by Alexandra Zuccaro.

“I know that presidents in general can’t do everything they say they are going to do, but in this case, I think what matters more is the general direction and leadership style that the future US president will pursue and take,” said Lopez. “That’s why I voted for Trump, for his leadership experience. It would be interesting to see what happens.” 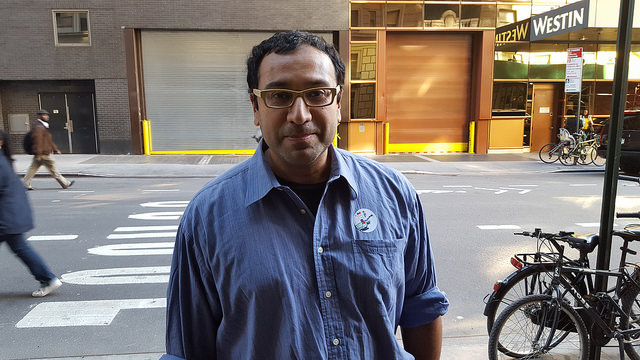 Anthony Lopez believes that Donald Trump’s leadership skills can be good for the US. Photo by Taisha Henry.

Although for some, settling and managing corporate matters is an entirely different story from being president.

“Trump really reminds me of a spoiled 5-year-old, like when you see an undisciplined child who just blurts out what s/he wants to say without thinking about it,” said Kaye Copes, a nurse who lives in Harlem. “He’s into dividing people and I don’t like that. We (the US) have come so far that we don’t need to deal with that.”

At the end of the day, despite differing political beliefs and the voting irregularity in Brooklyn, a lot of New Yorkers share the same hope of seeing a wiser and more economically sound  country.

“I just hope that the next US president will be able to lessen the gap between the rich and the poor,” said Sonia Allen, a middle school director living in Harlem. “It might help if s/he will focus on youth empowerment and education. They (young Americans) are our future.”

Next stop for the candidates is yet another “Super Tuesday” on April 26, with more east coast states holding primaries. Those states, Connecticut, Delaware, Maryland, Pennsylvania and Rhode Island should continue the Trump and Clinton’s march to the nomination experts said.